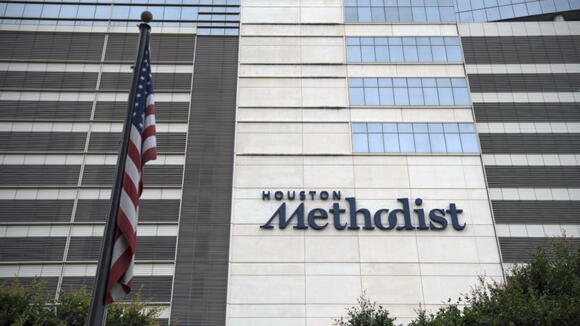 HOUSTON — A Houston hospital system suspended 178 employees for failing to comply with the facility’s COVID-19 requirement for workers.

While 24,947 of Houston Methodist’s employees were fully vaccinated against the novel coronavirus by Monday’s deadline, the employees who did not comply were suspended without pay for two weeks, KTRK reported.

The suspensions come a day after dozens protested the policy outside one of its medical centers in Baytown, Texas, according to CBS News.

Houston Methodist CEO Marc Boom wrote in an internal memo Tuesday that the number of suspended employees included 27 who had only received one dose of the vaccine, according to KTRK.

Houston Methodist added that 285 workers received a medical or religious exemption, and 332 were granted deferrals for pregnancy and other issues, the television station reported.

”We won’t have the final numbers for two weeks as employees can still get vaccinated with their second dose or with the one-dose Johnson & Johnson vaccine,” Boom wrote in the memo. “I wish the number could be zero, but unfortunately, a small number of individuals have decided not to put their patients first.”

Previously, system officials have said that workers who were not vaccinated by June 21 would be fired, without exemptions, CBS News reported.

Some of the system’s employees said the order infringes on their rights.

“No one should be forced to put something into their body if they’re not comfortable with it,”Jennifer Bridges, a nurse who has worked for Houston Methodist for more than six years, told The Texan.

The system was also sued by 117 staffers on May 28, led by a nurse who worked in the coronavirus unit who said that the vaccines needed further study, The Washington Post reported.

“Since I announced this mandate in April, Houston Methodist has been challenged by the media, some outspoken employees and even sued,” Boom wrote in the internal memo. “As the first hospital system to mandate COVID-19 vaccines we were prepared for this. The criticism is sometimes the price we pay for leading medicine. As of today, several other major health care centers have followed our lead and have announced their own vaccine mandates, with many more to follow soon.”

>> Coronavirus: How long between exposure to the virus and the start of symptoms?

MADISON, Wis. — (AP) — Some conservatives are taking aim at policies that allow doctors to consider race as a risk factor when allocating scarce COVID-19 treatments, saying the protocols discriminate against white people. The wave of infections brought on by the omicron variant and a shortage of...
MADISON, WI・17 HOURS AGO
KRMG

HARTFORD, Conn. — (AP) — The death of a 13-year-old student who apparently overdosed on fentanyl at his Connecticut school has drawn renewed pleas for schools to stock the opioid antidote naloxone, as well as for training of both staffers and children on how to recognize and respond to overdoses.
HARTFORD, CT・19 HOURS AGO
KRMG

HOUSTON — A Texas deputy was fatally shot early Sunday during a traffic stop in southwest Houston, authorities said. Cpl. Charles Galloway, 47, was shot and the gunman fled the scene, Harris County Precinct 5 Constable Ted Heap said during a news conference. Galloway, who served in the Precinct...
HOUSTON, TX・20 HOURS AGO