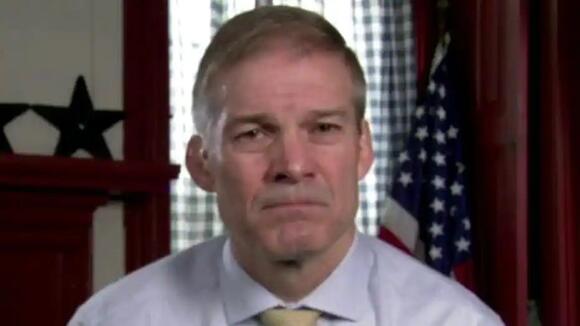 The Left officially has gone insane when Democrats start to echo the Republicans who denounce their ideas. This is happening with cautiously encouraging frequency. Here are some examples:

•President Biden’s border bedlam has ignited universal scorn among Republicans who are appalled at the shambolic consequences of flinging wide-open America’s Golden Door.

Congressman Jim Jordan (R-Ohio) on April 7 led a GOP delegation to the Texas-Mexico border. They visited federal facilities for unaccompanied illegal alien minors. Jordan said the House members encountered an indoor detention area for 33 children. Instead, 527 kids were shoehorned into that space — at 1,596 percent of capacity. This barbarism ridicules social distancing, even as 10 percent of these illegals test COVID-positive.

"Some of the children don’t have food, they aren’t being able to shower, they’re being held for more than 72 hours" against federal law, Rep. Ro Khanna told MSNBC. "These are human rights violations."

"The current situation on the border is precarious and in need of our immediate attention," Rep. Vicente Gonzalez (D – Texas) wrote Biden on March 3. "Agents are being pulled from their posts to process migrants, away from their duty securing our borders…Cartels are profiting in the process."

"The president sent a delegation and a bunch of folks from the White House. They didn’t talk to anybody, not even members of Congress down here," Rep. Henry Cuellar (D – Texas) complained. "I think they need to do more and listen to the border communities." 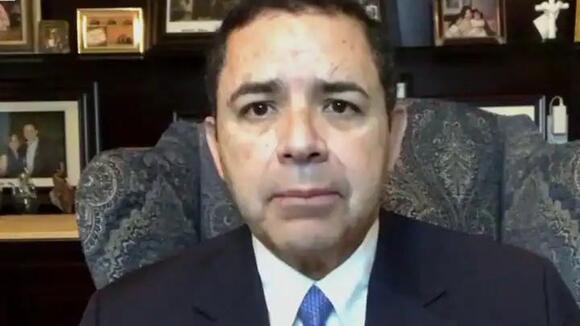 Mayor Bruno Lozano (D – Del Rio, Texas) calls this "a Biden border crisis, in my opinion, because there’s no plan of action." Lozano slammed this "slap in the face" and rhetorically asked Biden: "Who’s side are you on?"

"As the bill exists today, it needs to be changed," Senator Joe Manchin (D – West Virginia) told radio host Hoppy Kercheval. He promised to use his leverage in the evenly split Senate to move Biden’s boondoggle to the middle.

•Even before Georgia enacted its new election-integrity law, the Left called it racist.

The ever-unifying Biden dubbed it "sick," "un-American," and "Jim Crow on steroids." He also said, "I would strongly support" throwing baseball’s All-Star Game out of Atlanta.

Like a runner diving headfirst into home plate, Major League Baseball Commissioner Rob Manfred wounded himself by moving the mid-summer classic to Denver. He overreacted, as major CEOs discovered that they also did, after studying this law. It allows more days of early voting than do New York and Delaware. It requires voter ID — as do Colorado and 33 other states.

Rasmussen Reports announced April 6 that 75 percent of likely voters surveyed believe that photo ID is "necessary to ‘a fair and secure election process.’" Among Republicans, 89 percent concur. So do 65 percent of Democrats and 73 percent of blacks. How racist!

Certified-election denier Stacy Abrams was the key driver against this new law. But Denvergate made her slam on the brakes. "Boycotts are complicated affairs that require a long-term commitment to action," she wrote in USA Today. "But I don’t think that’s necessary — yet."

Some of this conservative hero’s toughest defenders are…Democrats.

"The reporting was not just based on bad information — it was intentionally false," said Mayor Dave Kerner (D - Palm Beach County). "I offered to provide my insight into Palm Beach County’s vaccination efforts, and 60 Minutes declined…We [Kerner and the county administrator] asked to expand the state’s partnership with Publix to Palm Beach County."

Kerner continued, "'60 Minutes' should be ashamed." He argued that the show excluded his perspective because it "kneecaps their narrative."

"Publix was recommended by [Florida’s State Emergency Response Team] and HealthyFLA as the other pharmacies were not ready to start. Period! Full stop!" Democrat Jared Moskowitz, the Sunshine State’s emergency-management director, insisted via Twitter. "No one from the Governor’s office suggested Publix. It’s just absolute malarkey."

Before the school board backpedaled on April 6, Washington’s decisive contribution to the American Revolution did not outweigh his slave ownership. Lincoln’s destruction of slavery and demolition of the Confederacy meant nothing beside his alleged mistreatment of American Indians.

As San Francisco’s mayor, Feinstein once replaced — but did not burn — a Confederate flag that somehow got damaged at City Hall. The "crimes" of other shunned luminaries are either flimsy or fabricated.

"This debacle is just the latest example of ‘progressive’ cultural censorship in a city once renowned as a bastion of free speech," Gary Kamiya lamented in The Atlantic, a stalwart liberal publication.

Board members said they would revisit this matter after students have traded Zoom school for classroom learning. While board members might resume their insanity next autumn, this decision might spare them from going off the rails on a crazy train.

These cases suggest that there are limits to how far the Left can take things in America. Perhaps those boundaries are mercifully within reach.

Conservative commentator Charlie Kirk said Arizona Senator Kyrsten Sinema, a Democrat, is "more of a Republican than John McCain ever was" while speaking at a rally in Arizona. Kirk praised Sinema for her opposition to ending the filibuster, despite calls from many in her own party to do so. "At...

Did you know that black people are not going to be allowed to vote in America anymore? At least in states controlled by Republicans? Sounds a bit unlikely, but that’s a conclusion you might have come to if you took seriously what President Joe Biden said in Philadelphia Tuesday. Biden...

Senate Democrats defied Biden in their vote to boost Pentagon spending. And it wasn't even close

Sen. Elizabeth Warren was the only member of the Armed Services Committee who voted against the $25 billion spending increase.

Purple Florida may be getting a coat of red, painted on by the Democratic Left

There are potentially very dark clouds on the horizon for Democrats in the Sunshine State. Protests raged in the streets of Cuba. Many lawmakers from both parties spoke up to support the demonstrators under threat of violence from the Communist regime. And yet, what we learn about political unrest in...

House Democrats grow frustrated as they feel ignored by Senate

House Democrats’ frustration is mounting as they wait for the Senate to act on infrastructure legislation and on the ever-growing pile of bills they’ve passed that are stalled in the face of the filibuster. This week marked 200 days since the start of the current session of Congress, in which...

Tensions are bubbling up between moderate and progressive House Democrats ahead of a busy end-of-summer legislative session critical to the party’s agenda. Liberals in the House were initially disappointed with President Biden ’s endorsement of a bipartisan Senate infrastructure deal they see as insufficient. Their fears were assuaged when Speaker...

Warner regrets Harry Reid's filibuster change: 'I wish we wouldn't even have started this'

Sen. Mark Warner, D-Va., said Sunday he regrets that his party opened the door to changing the filibuster, even as he sounded open to changing it further to exempt voting rights legislation from the 60-vote legislative threshold. When asked whether President Biden should support eliminating the filibuster, Warner pointed out...

As Ronna McDaniel, chair of the Republican National Committee (RNC), falls back on talking points that suggest Americans are fed up with Democratic policies, I'm left wondering what alternate reality she's living in and what polls she's looking at. The Biden administration is currently polling favorably among most Americans — and higher than Donald Trump ever did in his four years in office (his highest Gallup approval rating never exceeded 49%).

Could Andrew Cuomo — despite scandals — be re-elected because of Trump?

New York Gov. Andrew Cuomo has been accused of sexual harassment by six women, including some former aides. He’s also been accused of privately giving preferential vaccine treatment to family and friends and of using state resources to reap a personal profit from a book. Unless charged with a crime...

The president heads to the commonwealth hoping to hold on to a governor’s seat and avoid a problematic off-cycle loss.

Members of the House Freedom Caucus are calling on Minority Leader Kevin McCarthy to use a procedural tactic to remove Speaker Nancy Pelosi from her leadership post, citing her decision to block Reps. Jim Banks and Jim Jordan from the Jan. 6 select committee. In a letter sent to McCarthy...

Vice President Kamala Harris has her work cut out for her if she wants to succeed President Joe Biden at the White House in four or eight years.

After six months in office, polling suggests that more voters disapprove of Vice President Kamala Harris than approve of the job she has done thus far. Survey results from Politico/Morning Consult released on Wednesday showed that just 45 percent of respondents held a favorable view of the vice president's performance. Meanwhile, 47 percent had an unfavorable view and 5 percent said they had no opinion. The survey had a margin of error of plus or minus 2 percent and was conducted from July 16 to 18.

House erupts in anger over Jan. 6 and Trump's role

Smoldering tensions over the Jan. 6 Capitol attack exploded Wednesday in a partisan battle over who should sit on the special committee investigating the deadly siege — a clash of wills that spurred Republicans to end their participation in the investigation before it began. The fight started just after noon...

Texas House Speaker Dade Phelan on Wednesday called on state Democratic lawmakers to give up their daily stipend of $221 as they hunker down in Washington, D.C. to avoid passing a voting reform bill. At least 51 of the state’s 67 House Democrats boarded a private plane for the nation’s...

President Biden and Democratic leaders face daunting hurdles as they fight to preserve a fragile bipartisan coalition crucial to the success of Biden’s legacy-defining economic agenda. Party leaders are treading a minefield as they seek to adopt both a massive infrastructure bill with Republican support, and a second, even larger...

The ouster of Tennessee’s top vaccination official will put more lives at risk, Democratic senators say, as new cases of Covid-19 are ticking up in the state. On Monday, Gov. Bill Lee’s administration fired Dr. Michelle Fiscus, the medical director for vaccine-preventable diseases and immunization programs at the Tennessee Department of Health. The administration’s termination letter provides no explanation or cause for firing her.

Rep. Ronny Jackson, the former White House physician-turned-congressman, says he’s “terrified for our country” in the wake of President Joe Biden’s disastrous town hall this week — and that he doubts whether the commander in chief has the cognitive ability to make it through a full term. “He’s completely LOST...