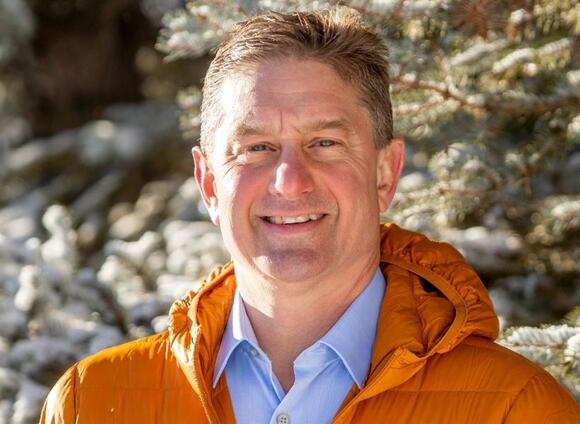 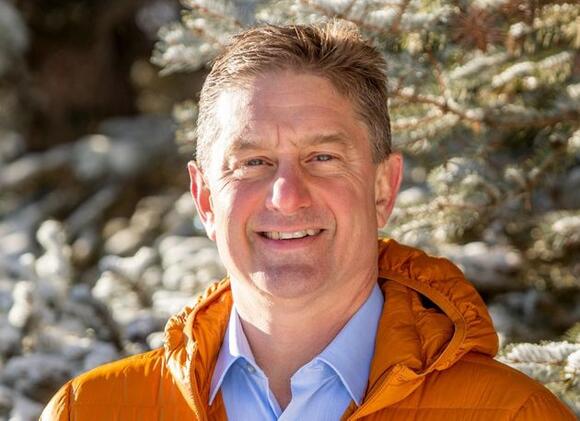 Tim Reichert, a businessman who has described abortion as “the sacrifice of a child at the altar of Baal,” is running for Congress in Colorado’s 7th District, and is so far the only candidate who has qualified for the Republican primary ballot.

Reichert, an economist from Golden, Colorado, threw his name into the competitive primary in January, committing half a million dollars of his own money to the campaign. Rep. Ed Perlmutter (D) currently represents the district, but has said he will not seek re-election in the fall. Although Democrats usually have an advantage in the region, the district was redrawn last year, shifting west, which experts believe will make it a slightly more competitive race.

Reichert, who has a doctorate in economics, has spent much of his career doing financial consulting. He says he is running to help strengthen the middle class or “ the little guy ” ― a term that appears several times on his campaign website.

But Reichert also holds extreme views on abortion, birth control and other reproductive health care issues, arguing in published articles and presentations that contraception irrevocably harms women by destroying the institution of marriage.

And it’s an issue that he has, not surprisingly, avoided talking about on the campaign trail in a cycle where Republicans are trying to win back suburban women.

Past statements uncovered by HuffPost suggest that Reichert believes abortion is murder and birth control is deeply detrimental to society because it increases infidelity in marriage.

“Every single abortion is not just a tragic loss with two victims,” he went on. “It is much more than that ― it’s fuel. Fuel for the demonic, because it is the sacrifice of a child at the altar of Baal.” (Watch the video in full below.)

Katie Martin, a spokesperson for Reichert’s campaign, told HuffPost that Reichert does not advocate for banning contraception, but he is unapologetically opposed to abortion and believes his views are supportive of women.

Martin added that Reichert also believes “abortion in the ninth month is something that the vast majority of Americans disagree with,” pointing to a bill that state Sen. Brittany Pettersen (D), who is also vying for Perlmutter’s seat, recently supported. The bill protects abortion care in Colorado .

“That means even if a woman is nine months pregnant, someone can terminate a fully developed child,” Martin said. “Tim agrees with most Americans that this is wrong, and it is shameful the politicians in Denver would push a bill that will have such a disastrous outcome for women.”

Colorado is one of the only remaining states without gestational limits on abortion care, but abortion later in pregnancy is very rare. Only 1.3% of abortions in 2015 were done at 21 weeks or later, according to the Centers for Disease Control and Prevention . And the majority of people who seek abortions later in pregnancy do so because of critical health reasons ― if the mother’s life is at risk, for example, or if the child will be born with a genetic abnormality that makes life outside the womb nearly impossible.

As an economist, Reichert has given presentations and written several opinion articles arguing that contraception harms women economically and psychologically because birth control makes it harder for women to get married. In a 2010 opinion article titled “Bitter Pill,” Reichert wrote that contraception is “socially damaging,” “increases the incidence of infidelity” and is “deeply sexist in nature.”

“Artificial contraception sets up what economists call a ‘prisoner’s-dilemma’ game, in which each woman is induced to make decisions rationally that ultimately make her, and all women, worse off,” he wrote in the article, which was published in a Christian conservative journal.

Reichert later turned that piece into an hourlong lecture, “Bitter Pill: Contraceptive Technology and the Decline of Women,” which he presented at a conference hosted by the Catholic Medical Association in 2017 and 2018. Reichert repeatedly referred to the work of sociologists ― or “intellectual giants,” as he called them ― who believed that “the most fundamental threat to the West” was contraception.

In his presentation, Reichert argued that contraception causes gender scarcity, which leads to rape and violence against women. In response to a question following his lecture, Reichert pointed to research showing that “women who engaged in hookup culture tend to divorce more than women who are chaste.” He added: “I think that’s probably true.”

“Tim Reichert’s entire worldview is corrupted by an obsessive drive to dismantle reproductive freedoms,” Maddy Mundy, a spokesperson for the Democratic Congressional Campaign Committee, told HuffPost. “At the foundation of his pseudo-economics is a deep hatred for personal autonomy that disqualifies him from addressing the pressing issues Coloradans face.”

Reichert and his wife donated to former President Donald Trump’s 2020 presidential campaign, contributing just over $30,000 . The couple also donated about $20,000 to the Republican National Committee. Reichert is expected to fund most of his campaign himself.

Reichert is up against two other Republican candidates in the primary, which is set for June 28. If elected to Congress, Reichert would likely contribute to the federal attacks on abortion care. The constitutional right to abortion, established in the landmark Supreme Court case Roe v. Wade, is now in peril , since a 2018 Mississippi law is likely to gut or overturn Roe in the coming months.

He would wouldn’t he, typical man wanting to tell women what to do with their body when he has absolutely no idea what her circumstances might be, worry about your own family and leave the rest of us alone !!!

All these people telling us the bible is against abortion haven't read it. Did their Bible not have Numbers 5? It literally tells a husband to go to a priest for "bitter water" if he thinks his wife is pregnant by another man. It says the bitter water will cause her to miscarry if she was unfaithful. That is literally the Bible telling you how to get an abortion from a priest.

If he doesn’t like abortion he shouldn’t have one. He was probably the first one saying he didn’t have to wear a mask because it was his choice

Trump Demands Kari Lake Be Made Arizona Governor After Her Defeat

Lake, a 2020 election denier, has refused to concede in the state’s gubernatorial race.
ARIZONA STATE・15 HOURS AGO
HuffPost

Congress Is Still Too Old And Too White. Send Help.

Nancy Pelosi is 82. Her second-in-command, Steny Hoyer, is 83. Both have agreed that it's time for a new generation to lead Congress. It's been time for years now.
GEORGIA STATE・18 HOURS AGO
HuffPost

PHOENIX (AP) — Republican officials in a rural Arizona county refused on Monday to certify the 2022 election, despite no evidence of anything wrong with the count, amid pressure from prominent Republicans to reject results showing Democrats winning top races. State election officials have said they will sue Cochise...
COCHISE COUNTY, AZ・14 HOURS AGO
HuffPost

The Senate Democrat said another big focus should be on the handling of counties that refuse to enforce state and national gun laws.
VIRGINIA STATE・1 DAY AGO
HuffPost

"I’m... embarrassed in a certain sense because, you know, this has become a little bit of a scandal for President Trump,” Fuentes noted on his podcast.
MISSOURI STATE・1 DAY AGO
HuffPost

“I think it’s a big challenge [and] another reason Republicans are looking in a different direction in 2024," Pence's former chief of staff Marc Short said.
VIRGINIA STATE・21 HOURS AGO
HuffPost

But Trump said “over and over that he will pardon the Jan. 6 defendants” once he’s back in office, Greene reassured everyone.
21 HOURS AGO
HuffPost

Republicans are breaking from ex-President Donald Trump’s pledge to pardon rioters who stormed the Capitol on Jan. 6, 2021.
1 DAY AGO
HuffPost

The former president said he liked his guest, according to The New York Times. Fuentes is a prominent white supremacist.
GEORGIA STATE・2 DAYS AGO
HuffPost

"Donald Trump decides that a good strategy would be to attack the prosecutor's spouse," Glenn Kirschner commented.
1 DAY AGO
HuffPost

Republican Brains Have 'Switched Off Trump' In Wake Of Midterms, Says John Bolton

"The fear is ... not only would he lose the general election, he would take GOP candidates down with him," said the former national security adviser.
2 DAYS AGO
HuffPost

The billionaire was asked about the Florida governor after tweeting that he wants someone "sensible and centrist" in 2024.
FLORIDA STATE・2 DAYS AGO
HuffPost

"Science is not something conservatives excel at," one Twitter user snarked at the far-right congresswoman.
1 HOUR AGO
HuffPost

“Bigotry, hate, and antisemitism have absolutely no place in America — including at Mar-A-Lago,” the White House said in a statement.
21 HOURS AGO
HuffPost

Trump loyalists and critics of the ex-president weighed in after dined with a white nationalist and Holocaust denier over the weekend.
VIRGINIA STATE・10 HOURS AGO
HuffPost

The Supreme Court Stonewalls In Defense Of Samuel Alito

The court acted as defense counsel in response to threats of congressional inquiries into its ethical lapses.
9 HOURS AGO
HuffPost

The George Washington Mount Vernon Estate has been unable to definitively trace the actual origin of the quote.
1 DAY AGO