Riteish Deshmukh tries one of his toughest acts on TV 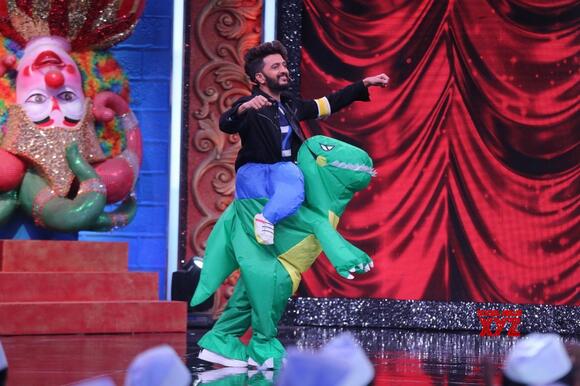 Mumbai, Aug 6 (SocialNews.XYZ) Bollywood actor Riteish Deshmukh is all set to appear as the special guest in a comedy show on television together with his wife Genelia Deshmukh.

Riteish and Genelia will be seen as special guests in "Zee Comedy Show".

In an upcoming episode of the show, Riteish will be sitting on top of an inflated dinosaur costume during a hilarious act with comedian Siddharth Sagar.

The actor will also be seen trying a dance performance together with Siddharth on a sloped set of the sho......

Netflix's "You" Will Be Out In Two Parts Next Year, And Joe Is Looking Creepier Than Ever