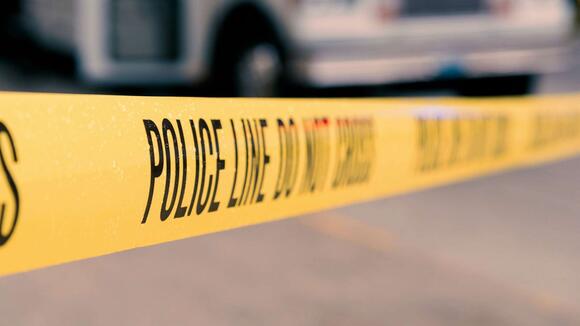 A 15-year-old girl has died after being struck by lightning while she was swimming at the beach on vacation.

The incident occurred at approximately 2:37 p.m. on Saturday, June 12, while the teenager was swimming in the waters off of Tybee Island in Georgia -- a beach town about 18 miles east of Savannah, according to the Tybee Island Police Department.

Authorities say that they received a call saying that the 15-year-old girl had possibly been struck by lightning while swimming in the ocean and that lifeguards had already arrived on scene to register aid to the victim.

The Tybee Island Police and Fire Department personnel were immediately dispatched to assist and, when authorities arrived, they saw that the victim had already been removed from the beach and was being given CPR.

MORE: Toddler falls from window of home, mauled to death by family's 2 pit bulls when he lands

“After learning that there would be an extended wait for Emergency Medical personnel to arrive, the Tybee Island Police Department dispatch center requested a helicopter to respond in order transport the victim to an area hospital,” Tybee Island Police Department said in a statement regarding the incident on social media. “During this same time, first responders loaded the victim into a fire department vehicle and began to transport her with police escort.”

Authorities said that the transport units subsequently met up with an ambulance on Highway 80 and she was turned over into their care and escorted to a nearby landing zone to await the arrival of the medical helicopter.

MORE: Man lucky to be alive after being found stuck inside farm equipment for 2 days

However, a short time later, medical services on scene decided it would be better to continue to transport the 15-year-old rather than wait for the helicopter and continued on their way to hospital.

The victim, who had been visiting Tybee Island from Alabama, was subsequently pronounced deceased from her injuries suffered while swimming after she arrived at the hospital.

MORE: Cop dies in the line of duty while heroically saving the life of swimmer in distress

An average of 49 people are killed after being struck by lightning every year in the United States with hundreds more injured, according to the National Weather Service .

Said the Tybee Island Police Department: “The men and women of the City of Tybee Island are deeply saddened by the loss of this young woman and our hearts remain with her family and friends.”

What's with all the hateful comments. A kid is dead. Non of us know when it's our time. Lightning can come out of nowhere just like it can be sunny and still rain.

My deepest and my sincere condolences to her family. As an angel mother myself my heart is absolutely shattered for this family and I pray you have friends and family and FAITH to hold you up during this most difficult time ever.

Were there storm warnings at the time and if there was did she ignore them plus if there was why didn't the life guards get people off the beach?

WASHINGTON (AP) — A House committee investigating the Jan. 6 insurrection at the U.S. Capitol has issued its first subpoenas, demanding records and testimony from four of former President Donald Trump’s close advisers and associates who were in contact with him before and during the attack. In a significant escalation...
CONGRESS & COURTS・2 HOURS AGO
NBC News

Advisers to the Centers for Disease Control and Prevention voted Thursday to recommend that certain at-risk groups of people should receive a third dose of the Pfizer-BioNTech vaccine for added protection against Covid-19. All people ages 65 and up and those in long-term care facilities who were initially vaccinated with...
HEALTH・5 HOURS AGO
ABC News

The EPA announced a new rule Thursday to reduce super-polluting greenhouse gases commonly used in air conditioners and refrigerators as part of the cooling process.
ENVIRONMENT・4 HOURS AGO
ABC News

A state legislator in Florida has introduced an abortion restriction bill similar to a controversial law that took effect in Texas earlier this month. The new bill, HB 167, introduced Wednesday in the Florida House of Representatives by Rep. Webster Barnaby, would ban most abortions in the state and would allow people to file civil lawsuits against doctors who violate the law.
FLORIDA STATE・7 HOURS AGO

Migrant camp along Texas border shrinks as removals ramp up

DEL RIO, Texas (AP) — Haitian migrants milled around makeshift shelters held up with giant reeds, as wind blew dust through the camp littered with plastic bottles and overflowing trash bags. Some migrants sat on plastic paint cans or the ground while others hung clothes to dry on the bamboo-like carrizo cane.
TEXAS STATE・6 HOURS AGO
CBS News

The Biden administration has demobilized units of Border Patrol agents on horseback in Del Rio, Texas, following controversy over the tactics they employed recently to disperse Haitian migrants, the Department of Homeland Security (DHS) announced Thursday. "We have ceased the use of the horse patrol in Del Rio temporarily," a...
DEL RIO, TX・3 HOURS AGO
CBS News

Former U.S. Secretary of Defense testifies in court to being duped by Elizabeth Holmes of Theranos

Former U.S. Secretary of Defense James Mattis testified Wednesday in the trial of fallen tech star Elizabeth Holmes, saying the entrepreneur misled him into believing she was on the verge of rolling out a blood-testing breakthrough that he hoped would help save lives of troops in battle. Mattis' appearance came...
SAN JOSE, CA・9 HOURS AGO
The Associated Press

US special envoy to Haiti resigns over migrant expulsions

The Biden administration’s special envoy to Haiti resigned in protest of “inhumane” large-scale expulsions of Haitian migrants to their homeland as it is wracked by civil strife and natural disaster, U.S. officials said Thursday. Daniel Foote was appointed to the position only in July, following the assassination of Haiti’s President...
IMMIGRATION・13 HOURS AGO

Washington — The House on Thursday approved a bill providing $1 billion for Israel's Iron Dome defense system, two days after the funding was stripped from a short-term government spending bill amid objections from progressive lawmakers. The measure cleared the House in a bipartisan vote of 420 to 9. Eight...
CONGRESS & COURTS・8 HOURS AGO
ABC News

Influential filmmaker Melvin Van Peebles, whom many consider the godfather of modern Black cinema, has died. He was 89. On behalf of his family, The Criterion Collection and Janus Films confirmed his death in a statement posted Wednesday. "In an unparalleled career distinguished by relentless innovation, boundless curiosity and spiritual...
MOVIES・12 HOURS AGO