Posted by
Malinda Fusco
5 days ago 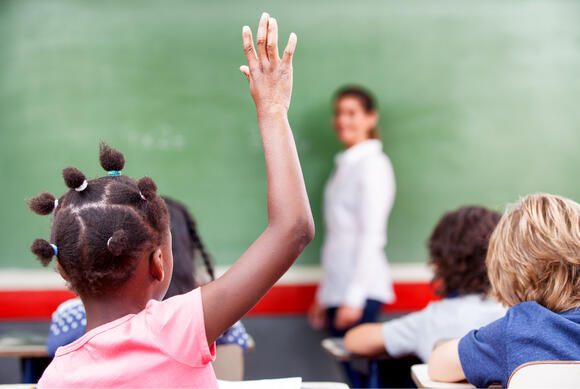 This article discusses the recent ban on CRT, what opponents of CRT are saying (including Governor DeSantis), and what CRT actually is.

Critical race theory (CRT) is a controversial topic among teachers and scholars alike. The Florida Department of Education has just banned teaching CRT in public schools. They did this through a revision of a rule in the state curriculum.

Examples of theories that distort historical events and are inconsistent with State Board approved standards include the denial or minimization of the Holocaust, and the teaching of Critical Race Theory, meaning the theory that racism is not merely the product of prejudice, but that racism is embedded in American society and its legal systems in order to uphold the supremacy of white persons.

That's a lot, so let's break that down. Basically, the new rule is saying that distort historical events, which makes sense, right? But they are basing their ban on CRT on the argument that the education system needs to keep education factual and objective.

The way the rule is written, they are claiming that CRT is not factual or objective enough to be presented as a valid theory in the classroom.

Obviously, CRT is a controversial topic among not only educators, but also politicians and lawmakers.

What Opponents of CRT Think 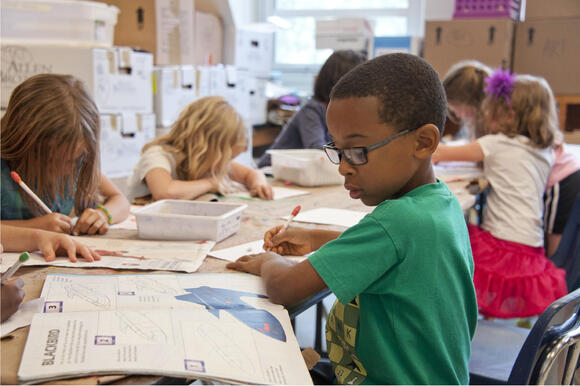 Governor DeSantis is a huge supporter of the new Department of Education rule. In a press conference, he was very open about not wanting CRT taught in schools, implying that it teaches students to hate the country.

“As the Governor of Florida, I love this state, and I love my country. I find it unthinkable that there are other people in positions of leadership in the federal government who believe that we should teach kids to hate our country. We will not stand for it here in Florida."

Another opponent of CRT, a Florida mom, was quick to speak her mind about being anti-CRT. She even went as far as to call the theory "anti-American."

Is CRT Actually Anti-American? What is CRT?

The recent debate has many people asking, "What is CRT anyway?" Is it actually anti-American?

A law professor at UCLA, Kimberlé Crenshaw, is an expert on CRT. She is actually a major advocate for it. According to her, CRT is not anti-American at all. In fact, it works to give us a better understanding of America, ourselves, and racism.

"It's an approach to grappling with a history of White supremacy that rejects the belief that what's in the past is in the past, and that the laws and systems that grow from that past are detached from it."

Do you think CRT should be banned in the Florida education system?

Obviously, CRT has the potential to cause many heated debates. Some people are adamantly for it, others are against it. The state is divided on this, but as it stands now, CRT is banned from the Florida education system.

Some people are asking, "If CRT is banned now, what will be banned next?"

Have you ever watched someone fuss and bluster to get themselves into a position that you’re pretty sure they will regret later?. If not, we suggest you dial up the discussion at last week’s Florida Board of Education meeting — in which speakers supporting Gov. Ron DeSantis’ dog-whistle policy that purported to ban the teaching of “critical race theory” had to perform so many double backflips to defend the policy that they missed the clear, uncompromising language of the rule under discussion.

WASHINGTON (SBG) - Amongst controversy over whether children in elementary, middle, and high school should learn critical race theory, lawmakers across the country have taken steps to ban the topic in public schools. Those bans often go farther than just K-12 schools, often leading all the way to college campuses.

At a time when Americans are crying out for an honest appraisal and greater understanding of the role race plays in our nation’s development, the Florida Board of Education has plugged its ears. At the urging of Gov. Ron DeSantis, the board last week approved a rule that threatens meaningful discussion of the historic and persistent presence of racial inequity in American society.

Florida Governor Signs Bill Requiring School Moments of Silence. Florida Gov. Ron DeSantis visited a South Florida Jewish temple to denounce anti-Semitism and stand with Israel, as the Republican governor cloaked himself in religion Monday while signing a bill into law that would require public schools in his state to set aside at least one minute of silence for children to meditate or pray.

TALLAHASSEE, Fla. (CNS) - Florida became one of 15 states to require schools to provide a moment of silence at the beginning of each school day Monday. The moment of reflection was already allowed, but after July 1, it becomes mandatory. Florida lawmakers start each day with a prayer. Now,...

ABOVE PHOTO: Nikole Hannah-Jones attends the 75th Annual Peabody Awards Ceremony at Cipriani Wall Street in New York. Faculty members of a North Carolina university want an explanation for the school’s reported decision to back away from offering a tenured teaching position to Nikole Hannah-Jones. Hannah-Jones’ work on the country’s history of slavery has drawn the ire of conservatives. A report in NC Policy Watch on Wednesday, May 19, 2021 said Hannah-Jones was to be offered a tenured professorship as the Knight Chair in Race and Investigative Journalism at the University of North Carolina at Chapel Hill. (Photo by Evan Agostini/Invision/AP, File)

PENSACOLA, Fla. (WEAR) — The decision to ban critical race theory in Florida public schools was favored by Governor Ron DeSantis and members of the public during Thursday’s board meeting in Jacksonville. But the amendment was also met with heavy opposition; one speaker causing the hearing to go into recess.

A Florida county school board could revamp its core principles following weeks of parental backlash over a pledge to dismantle "White advantage" in the school system. The Palm Beach County School Board has reportedly been inundated with messages from frustrated parents after the board released a new declaration earlier this month.

COLUMBUS, Ohio (WSYX) — Ohio Republican lawmakers are pushing two bills that aim to ban teachers from discussing systemic racism and “critical race theory” in the classroom. Lawmakers behind the bills feel the academic movements pit students against one another. "We specifically use the word promote and say that we...

– Touting the measure as a way of allowing students to “reflect and be able to pray as they see fit,” Gov. Ron DeSantis on Monday signed a bill that will require public schools to hold moments of silence at the beginning of each day. DeSantis signed the bill (HB...

The Florida State Board of Education voted Thursday to bar specific race lessons from being taught in the state’s public K-12 schools. The conversation continued through the weekend. Read on for the latest on this story and more Florida education news. Gov. Ron DeSantis cheered the board’s decision during a...

Idaho republicans may have started a trend. The governing body of the UTAH state Republican Party is on the record to prohibit the teaching of Critical Race Theory in Utah schools. KUTV in Salt Lake reports, Members of the Republican State Central Committee overwhelmingly passed a resolution Saturday saying CRT...

'Asserting power when they don't have any': GOP governors move to ban mask mandates in schools

Washington (CNN) — As a school year filled with challenges from the Covid-19 pandemic comes to a close, the focus is on summer school and planning for the fall, when the Biden administration expects all schools to return to in-person learning. Since children under 12 likely won't be eligible for...

The Florida Supreme Court has handed down an important — but increasingly rare — open records win that’s going to mean faster access to information not just for the state’s press corps but for all Floridians. The court last week finalized a new rule that no longer requires clerks of...

TAMPA — State Rep. Michele Rayner, who became the first openly Black LGBTQ woman to get elected to the Florida Legislature last year, is jumping into the race for the congressional seat now held by Rep. Charlie Crist. Rayner (D-St. Petersburg) will formally announce her candidacy on Monday, throwing herself...

New laws in several blue states are blocking parents from participating in life-changing medical choices of their pre-teen and older children, such as gender transition surgery, a journalist and author warned on "The Ingraham Angle" Wednesday. City Journal reporter Abigail Shrier, author of "Irreversible Damage: The Transgender Craze Seducing Our...

On the first day of Pride Month, June 1, Florida became the eighth state this year to enact a law targeting transgender student athletes — but the state and Republican Gov. Ron DeSantis will face a legal fight over the measure. On the same day, leading advocacy group Human Rights...