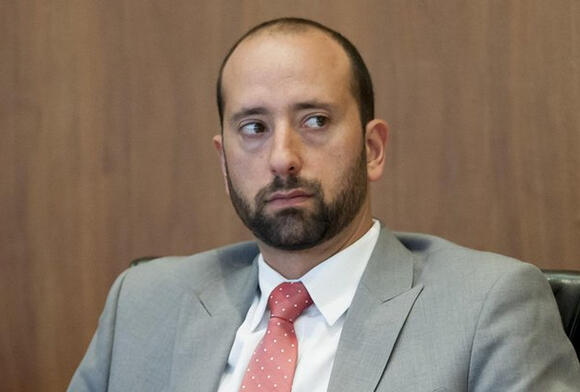 Leland also admitted he had "crossed a line" after pleading guilty last month to misconduct in office and resigning from the DCC.

Leland's attorney, Steve Fishman, argued that his client should receive only a one-year non-reporting probation, but Bill thought otherwise.

Despite the longer probationary term, Bill chose not to add a fine to Leland's sentence.

“The court has been convinced to go along with this fair disposition, and in light of your resignation from the Detroit City Council, you’re not in a position to breach the trust of the people,” Bill said. “So I don’t see any need for a fine, that’s not part of the agreement anyway.”

In 2018, Leland, who represented Detroit's 7th district, was indicted by a federal grand jury after being caught on an FBI wire soliciting $15,000 for campaign contributions in cash alongside free repairs on his vehicle from a local business owner.

During Leland's virtual court appearance, he apologized for his actions and vowed to be better moving forward.

“In my career, I have my whole life ahead of me, but I do look forward to continue to help this great city in my future endeavors,” Leland said.

If Leland violates the terms of his 2.5-year probationary period, he could potentially face five years in prison.

(WAYNE COUNTY, Mich.) On Thursday, the Wayne County Commission awarded an $850,000 grant towards renovations of the legendary Hamtramck Stadium, The Detroit News reports. The stadium was built for the Detroit Stars of the Negro League in 1930 and was added to the National Register of Historic Places in 2012. A state historical marker was also dedicated at the stadium in 2014.

(OAKLAND COUNTY, Mich.) On Thursday, Terell Josey was charged on multiple counts in the aftermath of the deadly shooting of Detroit Fire Department Lt. Frank Dombrowski earlier in the week, Click On Detroit reports.