Posted by
Jessica Rabbit
29 days ago 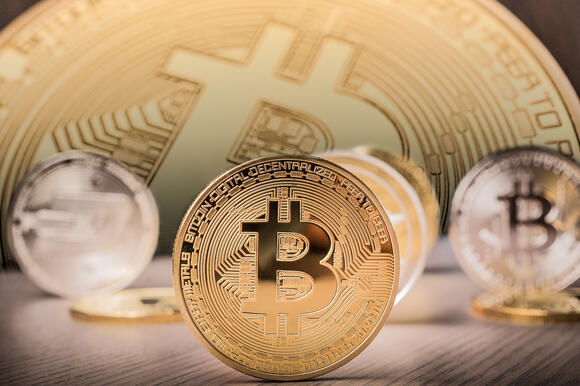 What was once a small, unknown, and unremarkable pawn shop on Las Vegas Boulevard has now grown to a vast two-story mega-plex. It’s called Gold and Silver Pawn and it’s sprawl is due to the success of the reality TV show based around the business. The show is called “Pawn Stars” and it’s spawned several copycat shows. There was even a short running musical at the Rio with the same name. It’s become quite the popular tourist destination.

While a couple years ago, the line outside Gold and Silver Pawn would often stretch down the block, the pawn shop owners have found a way to leverage their popularity. Instead of focusing on high-priced items like artwork, gold, silver, and other interesting works that would cost upwards of a thousand dollars, they’ve come to pice themselves in a much friendlier way — in a range that still captures the high-end buyer as well as those just looking to have an experience.

Their ingenious solution was to build a two-story mega-plex, which is simply a series of shipping containers stacked on top of each other and opened for business. There are places to get your photograph taken as a keepsake, places to buy small trinkets, and most prominently, there are places to eat. Whether you’re in the mood for tacos, BBQ, or ice cream, you can now wait with food in hand, instead of simply standing in a line that stretches down the street. And if you’re really in a pinch, you can visit “Who’s your daddy” Dad’s Bail Bonds that’s right next door.

The clever entrepreneurs at Gold and Silver Pawn have capitalized on the popularity of their show and created quite the draw for tourists. They’re sensitive to a variety of customers’ budgets and understand their customers’ food preferences. It’s a quick stop in Las Vegas, and if you were a fan of “Pawn Stars,” it’s probably on your list of places to visit!

Throw a fully functional teapot in under a minute. Craft a giant bathroom object by melting and sculpting glass. Build a bridge entirely out of Legos that can hold up to a thousand pounds. These are the challenges contestants could face in HBO Max's "The Great Pottery Throw Down," Netflix's...

Why reality competition shows are so popular

From flower arranging to glass blowing, reality TV is not what it used to be. Staff writer Ashley Lee wrote about extreme reality competition shows. And in an interview for "LA Times Today," she joined host Lisa McRee to explain why they are such a big hit. At the beginning...

Lady Gaga is celebrating Pride Month in a very hot way. Check out her latest Instagram post and what the singer had been up to below. Lady Gaga took to Instagram this June and shared two boomerang videos of herself posing in the grass wearing only light pink underwear and a camisole in the same pretty hue.

Restaurant Manager Feeds a Homeless Girl, She Repays Him Much More – Subscriber Story

The manager of the restaurant saw a young homeless woman who was very hungry and tired. He decided not to drive her away but to feed the woman. From that moment on, his life turned upside down. One afternoon, a 30-year-old woman named Carrie walked into an Italian restaurant wearing...

A life that’s measured in more than a few decades is one that is often seen as well-spent and in many cases when it comes to Hollywood, successful or at least memorable. Lorina Kamburova created a memorable life, but the age of 29 is simply too young to pass on in any case. The actress, unfortunately, succumbed to pneumonia that was exacerbated by COVID-19 recently, which is bound to have become an argument that many would take up without question since the number of COVID cases around the world have been the subject of heated debate for the past year or more. The idea that more individuals will meet their end due to COVID is something that many people would wish to see an end to eventually, but even with the world going back to the way it used to be, kind of, things still haven’t settled down fully as the coronavirus is still present and the safety measures that many countries have tried to put into place are still very much a necessity.

Actress Tanya Roberts Left Estate to Boyfriend in Shocking Will: 'I Have No Reason to Live'

Tanya Roberts was a beautiful actress whose career spanned decades, thanks to starring roles on “Charlie's Angels” and “That 70s Show.” She died earlier this year at the age of 65. Now Inside Edition is getting a look at her shocking, handwritten will. “I have no reason to live,” wrote...

A video of a giraffe picking up a boy has been viewed one million times on Twitter. The 11-second clip was shared on Friday and it doesn't appear that either the child or the animal came to any harm. The video was posted by Twitter user Akan thee Stallion and...

Sherlock Holmes and his loyal partner Dr. Watson decided to go on a camping trip one day — the famous detective had a question for him. Sherlock Holmes and Dr. Watson went camping one day, and after a pleasant afternoon spent in the outdoors, they had a good dinner, washed it down with a bottle of wine, and went to bed.

A TikToker has captured the moment where a white woman pulled a gun on a group of Black girls in a shopping mall.The white woman can be seen arguing with the group of Black teens outside a Lids hat store at the Vancouver Mall, in Vancouver, Washington.Both sides appear angry and animated while unintelligible shouting can be heard.But, as the bystander Theo zooms in on the commotion, the white woman can be seen pointing a gun at the group.Mall security are on the scene and can been seen attempting to de-escalate the dispute. Yet they fail to retrieve the...

Tiny Harris's granddaughter recently melted many hearts after pictures documenting her "Zoo date" with her mom were shared via social media. Tiny Harris's daughter Zonnique Pullins recently took her child Hunter Zoelle James on a special mother-daughter outing to the zoo, and she was kind enough to share shots that immortalized the time they spent there.

Kandi Burruss has a major new project in the works. The Real Housewives of Atlanta cast member recently announced that she has joined the producing team of the upcoming play Thoughts of a Colored Man, which is set to star Broadway's first all-Black, male cast. Created by playwright Keenan Scott...

ANN ARBOR – Electrifly Detroit is an Augmented Reality series that makes a half dozen murals painted around the Motor City jump out in a 3D experience using a smart phone app created by BrandXR. Co-found Moody Mattan joins MITech TV co-hosts Matt Roush and Mike Brennan providing the back story.

Making herself at home! Angelina Jolie shops for groceries as she spends time at ex-husband Johnny Lee Miller’s New York apartment for the THIRD time this week despite staying at a nearby luxury hotel

She's leaning into life in the Big Apple. And Angelina Jolie made herself right at home as she stopped by a local grocery store in New York on Thursday morning despite staying at a luxury hotel nearby with top of the line amenities. The 46-year-old actress looked ethereal in a...

A woman has shared a horrifying video of a real-life "stairway to hell" after finding a toilet in front of steps leading to a creepy basement. Hailey uploaded a clip to her TikTok page, Erbehailey, sharing footage she captured while at a random house party. Most of us will have...

Michael Costello designer is finding himself in the hot seat once again. The Real Housewives of Atlanta star Falynn Guobadia is opening up about her horrible experience with the fashion designer as she was starting her career as a young model. Article continues below advertisement. The Bravo star is claiming...

Heather Locklear goes makeup-free while grabbing a bite to eat

Heather Locklear rocked a fresh face as she picked up lunch in Los Angeles. The 59-year-old actress was seen grabbing a bite to eat sans makeup at the luxe SoCal supermarket chain Erewhon, which focuses on niche organic foods and caters to a wealthy clientele. The “Melrose Place” star was...

A GIRL couldn't believe her luck when she came across a hidden note that had been stashed away in her Airbnb by a previous guest seven months earlier. TikTok user Shawna Morris had been enjoying a "cute" getaway in a cabin in Vermont over in the US and joked her trip became so much more "interesting" after she discovered a note that had been left behind and hidden away in a loose bed post.

When fiction becomes reality: Agust D's transformation into a King

This is one of the most iconic lines in Agust D’s lyrics, which comes from one of his biggest hits, “Daechwita,” and here’s why fiction is not so far from reality. “Agust D” is the name Min Yoongi (Suga of BTS) takes for his solo works outside of the group.