Irfan Siddiqui on his ode to Covid warriors with Javed Ali, Salim-Sulaiman 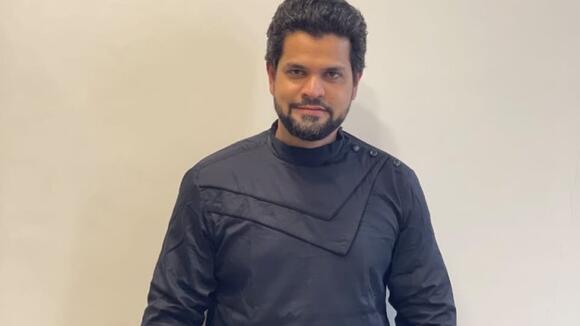 Mumbai, May 13 (SocialNews.XYZ) Lyricist-screenwriter Irfan Siddiqui teamed up with composers Salim-Sulaiman for the new track "Jazaak Allah". He says the song, sung by Javed Ali, is a vote of thanks to all frontline workers who are working tirelessly as India battles the second wave of Covid-19.

"Jazaak Allah is an ode to all the Covid warriors who are working relentlessly and selflessly for humanity. It is a very special thing for me as it highlights the feelings of gratitude and kindness. I wante......

Tokyo 2020: What are the dark circles on the swimmers’ backs?

As the swimming competitions get underway at the Tokyo Olympic games, many athletes from across the world have debuted bodies covered in strange dark circles as they dive into the pool. It is not the first time the painful-looking splotches, which were seen on the backs of both Japanese swimmer...

Chinese diplomats were left furious after a photo was published of gold-medal winning weightlifter Zhihui Hou.The embassy blasted Reuters as “ugly” and labelled the photo of Hou competing on her way to gold in the women’s 49-kg weightlifting as “shameless”.Follow Tokyo Olympics 2021: Latest medals and updatesA statement from the Chinese embassy of Sri Lanka read: “Among all the photos of the game, Reuters has chosen this one, which only shows how ugly they are.“Don’t put politics and ideologies above sports, and call yourself an unbiased media organisation. Shameless. Respect the spirit of Olympics.”The photo in question is an...

A POPULAR Fortnite gamer has been arrested for allegedly raping two children he lured using his live stream. Brazilian Raulino de Oliveira Maciel, who goes by the name RaulZito and has a huge following, boasted of playing with "young talents". He used his social media channels to live-stream himself playing...

Hidilyn Diaz had already been offered $660,000 and two houses by the government and local businesspeople.

(Reuters) - American rower Megan Kalmoe said she was left with a “nasty feeling” after watching the Russian duo of Vasilisa Stepanova and Elena Oriabinskaia take home a silver medal in the women’s pair on Thursday. Russian athletes are barred from competing at major international events with their flag and...

Several Olympic commentators have attracted heavy criticism for repeatedly mis-gendering an athlete at the Tokyo Games. Alana Smith made history by being the first non-binary competitor at an Olympic level and competed in the skateboarding street event. While they took part in the women's event, they still go by the...

Who Is Hidilyn Diaz? More About the Filipino Weightlifter Who Made Olympic History

Major congrats are in order for Hidilyn Diaz, the weightlifter who made history at this year's Tokyo Olympics as the first Filipino to ever win an Olympic gold medal. The 30-year-old athlete's victory garnered praise from millions of fans and Philippine president Rodrigo Duterte, who said in a statement, "The Palace congratulates, Hidilyn Diaz for bringing pride and glory to the Philippines for winning the country's first-ever Olympic Gold medal. Congratulations, Hidilyn. The entire Filipino nation is proud of you." Plus, to celebrate the big win, Duterte is rewarding Diaz with three million pesos ($42,000) and a brand-new home.

There’s nothing quite so sweet as clapping back at someone in a language they assumed you didn’t speak. This gratifying experience was captured on camera by two streamers living in Vietnam, who thankfully shared their glorious moment with the rest of the world. Posted to Reddit’s r/PublicFreakout, the clip—which has...

Watch: Boxer Goes Full WWE Mode In The Middle Of A Fight

Sometimes professional boxing has moments that surprise you. Instances in the ring where all caution goes out the window. Recently Archie Sharp of the UK produced one — with this:. (Hat tip BT Sport YouTube) Well, there you have it. Sharp an excellent fighter to keep an eye on by...

Javed Ali and Sadhna Verma have now sung a chartbuster number Yaara released under the baton of T-Series Music. Aamir Shaikh and Zoya Zaveri can be seen in the video shot for the song Yaara, which is making a lot of waves of late .Javed Ali and Sadhna Verma have added lustre to the song with their mellifluous and sonorous voices, the video of which has been shot brilliantly by director Azad Hussain on Aamir Shaikh and Zoya Zaveri. Though the song begins with Aamir Shaikh’s voice, Javed Ali and Sadhna Verma take the song to its culmination with their voices . The song has been shot at picturesque locations and makes you feel that the song ought to be a part of some big banner star studded film. While Aamir Shaikh looks handsome in the number, Zoya Zaveri looks bewitching and attractive and steals the thunder. It may be noted that Javed Ali is today revered as one of the big A grade playback singers in Bollywood with hit songs in hit films like Naqab, Ghajini, Jodha Akbar, Yuvraj, Dilli 6, Robot, Ranjhana, Dabangg 3 etc.

New Delhi [India], July 18 (ANI): Former India all-rounder Irfan Pathan on Sunday said that it is a moment of happiness for him as Kuldeep Yadav is back among taking the wickets. Pathan's comments came as Kuldeep took two wickets in the same over in the ongoing first ODI against...

Reactions flew on social media as Chief Presidential Legal Counsel Salvador Panelo ‘apologized’ to Olympic gold medalist Hidilyn Diaz for hurting her feelings but not being included in the ‘Matrix’. In an interview with ANC, Wednesday, July 28, Panelo ‘felt bad’ for hurting the Olympiad’s feelings. “I’m sorry, I’m sad...

A member of the Afghan Special Forces prays on a highway before a combat mission against the Taliban, in Kandahar province, Afghanistan, July 11, 2021. Danish Siddiqui, a Pulitzer Prize-winning photojournalist for Reuters, was killed Friday, July 17, 2021, as he chronicled fighting between Afghan forces and the Taliban amid the continuing withdrawal of U.S. and NATO troops.

Singaporean rapper Yung Raja revealed his brand-new single Spice Boy, paying an ode to superstar Rajinikanth. The 26-year-old bilingual rapper said: “Rajinikanth has been my idol all through my growing-up years. He’s such a legend world over. “I wanted to give an ode of sorts to him and celebrate his supremacy in my music video and for as long as I’m creating, I’ll look back to the moments he has given me as inspiration – his style mainly, and as inimitable as it is, I belong to the generation of fans that have his swagger permanently etched in our minds.” Rajinikanth’s Darbar Takes Over Japan, More Shows Are Expected To Be Added.

Book Review: An Ode to the Dank World of Sweat and Stink

In the 1990s, a South African nurse walked into a hospital with an unusual problem: Her sweat was red. The hue of her perspiration confounded medical professionals — until they delved into her diet and figured out that she was a prodigious snacker. More specifically, she had a habit of downing huge quantities of Spicy Tomato NikNaks, a South African corn chip that’s dyed red. The pigments from the NikNaks had leaked out of her body through her sweat.

New Delhi [India], July 18 (ANI): Former India all-rounder Irfan Pathan on Sunday said that it is a moment of happiness for him as Kuldeep Yadav is back among taking the wickets. Pathan's comments came as Kuldeep took two wickets in the same over in the ongoing first ODI against...