Gov. Kevin Stitt comes under fire for claiming 'every square inch' of Oklahoma for Jesus

Gov. Kevin Stitt is under fire from local and national individuals and groups for saying that he has claimed "every square inch" of Oklahoma for Jesus.

American Jewish Committee, a national Jewish advocacy group, is calling on Stitt to retract his statement, while officials with the Freedom From Religion Foundation said he owes non-Christian Oklahomans an apology.

The organizations took issue with Stitt's controversial statements that appear to have been made sometime after he won his second bid for Oklahoma's top elected post on Nov. 8. He is shown in a video posted to Twitter making the remarks in his prayer outside the state Capitol. 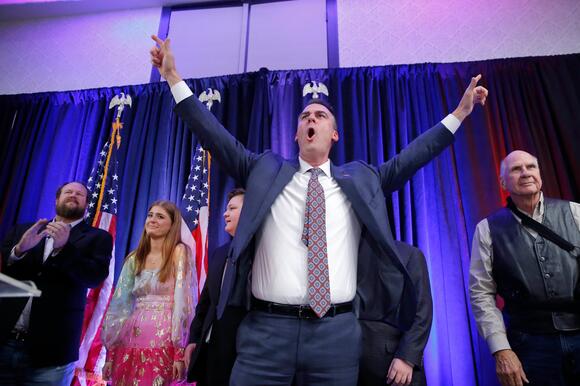 "Claiming a state for any religious figure is to deny what has made America unique as well as a violation of our foundational constitutional principles," the organization said. "We urge Governor Stitt to show respect for all Oklahomans and retract this statement."

And the Freedom From Religion Foundation said Stitt owes an apology to non-Christian Oklahomans for what foundation officials described as "insulting" remarks "rife with Christian nationalist rhetoric."

"Imagine the fury of Christians, and rightly so, were an elected official to claim Oklahoma for Allah or Satan," the organization's leaders wrote in a news release. "Stitt’s remarks as the state’s highest-ranking elected official are equally inflammatory and inappropriate. Stitt owes an apology to all non-Christian and nonreligious citizens of Oklahoma, FFRF concludes."

Monday, a spokeswoman from the governor's office declined to comment on the matter.

Stitt has been outspoken about his Christian faith beliefs from the outset, beginning with his arrival on the state's political scene as he sought to become governor. He continued in that vein after winning his first election and throughout his first gubernatorial term. Still, some local leaders of Jewish houses of worship and organizations said they were surprised that Stitt would make the exclusionary remarks.

"I was absolutely disgusted ― I was offended," said Michael Korenblit, president of the Jewish Federation of Greater Oklahoma City and president of the Respect Diversity Foundation. "I mean it was just a repugnant statement. I don't know what he was possibly thinking." 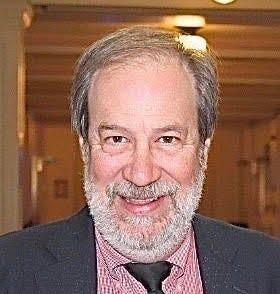 Korenblit said he saw a video that had been circulating online showing Stitt making the statements.

"As the child of Holocaust survivors, my parents living here all their life, came here to America — that's what he thinks about us?" Korenblit said. "And that's what he thinks about the Muslim people, thinks about Baha'i, Hindus, Buddhists — any other religions here and even nonbelievers? We're glad that he has found belief in God and his religion to help as a civil servant. But that doesn't mean he has the authority as he said as governor, he says that gave me the authority to do this."

"I am sad that Gov. Stitt does not recognize the dignity and sanctity of every individual Oklahoman," she said. "We come from many different faith traditions and I hope that he will take steps to learn more about the holiness of those who are not Christian, including those of other faiths, and no faith at all."

Meanwhile, in a news release, the Freedom From Religion Foundation said Stitt's "continued promotion of Christianity is insulting and exclusionary to nonreligious and non-Christian citizens."

"The First Amendment of the Bill of Rights to our secular Constitution wisely prohibits the kind of Christian theocracy you are promoting,” Dan Barker and Annie Laurie Gaylor, Freedom From Religion Foundation co-presidents, wrote. “The Supreme Court has long held that the Establishment Clause ‘mandates government neutrality between religion and religion, and between religion and nonreligion.’ As an elected representative of the people, you violate both constitutional mandates when you suggest that you have ‘claimed’ the state for the Christian God, an implication that Christian are favored over non-Christians and the nonreligious in Oklahoma.”

This article originally appeared on Oklahoman: Gov. Kevin Stitt comes under fire for claiming 'every square inch' of Oklahoma for Jesus

He does not need to retract his statement to satisfy anyone he put God first as he should publicly is even better. We have to accept everything as Christians but everyone else can publicly display their beliefs publicy y cant Christians?Everyone will know that God is real and Jesus is real one day!Every knee shall bow and every tounge shall confess that Jesus Christ is Lord!!! I feel sorry for those of u who realize it too late!!I'm with Stitt in claiming Oklahoma for Jesus!!!I

Everyone is entitled to their opinion and the freedom of speech. Personally, I'm a Christian from Oklahoma and voted for Stitt. I'm Proud that he has the strength and integrity to make such a statement. America is a disaster and it's obvious the current leadership is NOT making anything better. Maybe Jesus is what's needed to save America.

So whenever Christian values are put on the forefront there's an issue, but there would be no issue if another group wanted to claim it. Christians have been given back seat to other groups and now it's an issue that a Governor prays to Jesus and claims Oklahoma. We close down the street for Gay pride, we change the bathrooms to include transgender but there's an issue with Jesus?