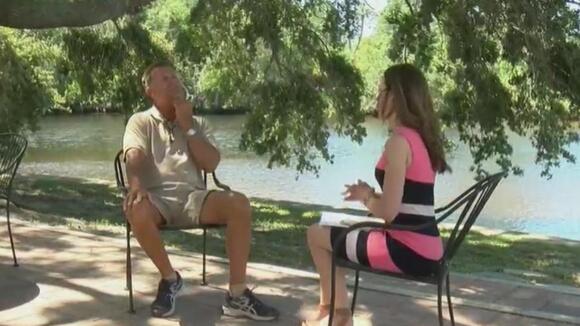 TAMPA, FL ( WFLA ) — Dan Clark says his future changed in an instant as his life savings of more than $700,000 vanished.

“My phone said, ‘No service, SIM card.’ And I didn’t even know what a SIM card was,” Clark said.

By the time he found out, it was too late. His phone number had been transferred to a crook’s device, and Clark’s accounts, including his proceeds in investments in cryptocurrency, were wiped out.

“I lost everything in a matter of a few hours,” he said. “Life’s work, a few hours.”

Clark quickly learned he was a victim of a SIM swap, a sophisticated scheme the FBI warns is sweeping the country. In 2021, the FBI received 1,611 SIM swapping complaints representing $68 million in losses to consumers.

The FBI explains that crooks trick mobile carriers to transfer your SIM, basically your phone number, to a device they control — either by impersonating you or, in some cases, paying off a phone carrier employee.

The FBI has warned of criminals gaining control of cell phone SIM cards from unknowing victims and stealing their personal information, including bank account and financial app details.

The FBI is urging the public to be aware of suspicious emails and not to advertise investments in cryptocurrency or other financial assets.

“Once the SIM is swapped, the victim’s calls, texts and other data are diverted to the criminal’s device,” the FBI said. “This access allows criminals to send ‘Forgot Password’ or ‘Account Recovery’ requests to the victim’s email and other online accounts associated with the victim’s mobile telephone number.

Clark’s case is currently under investigation by the FBI. T-Mobile confirms his SIM was swapped numerous times — even after he regained access to his phone and asked for an alert on his account to stop swaps.

T-Mobile has not responded to requests for comment from WFLA.

Clark is still hopeful he’ll get his money back. In the meantime, he wants to warn you.

You can report information concerning any suspicious activity to your local law enforcement agency or your local FBI field office . You can also report activity to the FBI’s Internet Crime Complaint Center .

https://www.wowktv.com/
Is this article useful to you?