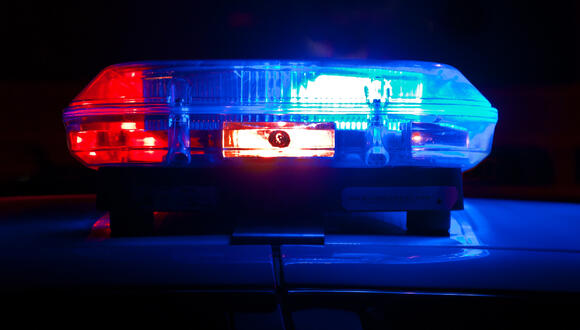 Christian Snow, 22, was considered armed and dangerous after his escape while being transported to the Behavioral Centers of Michigan psychiatric hospital in Warren.

Accusations against Snow include stalking women, threatening women and appearing at churches with machetes.

The escape attempt wasn't Snow's first time evading custody, as in 2019 he escaped a moving ambulance on the I-75 highway. Days after this escape, he was located at an Oakland County church.

(DETROIT, MI) Your life never stops, and neither does our commitment to keeping you up-to-date on the hottest trend and lifestyle stories. We’ve got you covered on the latest lifestyle stories in your community. For more stories like these, click here.

(LENAWEE COUNTY, Mich.) Officials from the Michigan health department are encouraging concertgoers who attended the Faster Horses Festival last weekend to get tested for COVID-19 after an outbreak was traced back to the event.

(DETROIT, MI) What’s going on in Detroit? Here’s a roundup of the top stories in the area today. We’ve got you covered on the latest developments in your community. For more stories like these, click here.

Forgotten Harvest to donate 150,000 meals across metro Detroit through August

(DETROIT) Forgotten Harvest’s Healthy Foods, Healthy Kids program will be providing 150,000 meals to children across metro Detroit through mid-August. Per WXYZ Detroit, the program's goal is to ensure that kids who are out of school, and may not have access to daily meals at home, don't go hungry over the summer.

(MICHIGAN) Detroit-based Buddy's pizza restaurant chain will be opening two new Michigan locations in 2022, the Detroit Metro Times reports. According to a press release, the two new locations will be at 5510 Shashabaw Road in Clarkston, and 2010 W. Grand River Avenue in Okemos.

(DETROIT) At Sunset Point in Belle Isle, a tribute concert was held on Wednesday to honor frontline workers and the memory of those who lost their lives during the COVID-19 pandemic, The Detroit News reports.

Michigan man finds 160 bowling balls under his home during renovations

(MUSKEGON COUNTY, Mich.) During the process of demolishing the back staircase in his Norton Shores home this month, 33-year-old David Olson discovered 160 bowling balls under his house, Fox 2 Detroit reports.