These 6 astronauts are from Connecticut

By Braley Dodson
WTNH
12 days ago 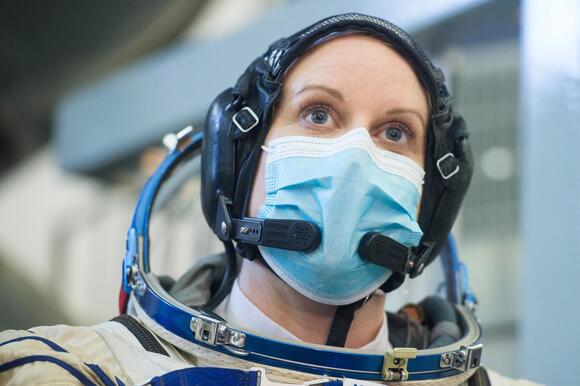 NEW HAVEN, Conn. (WTNH) — Nugmeggers like to reach for the stars — and some have gotten pretty close.

At least six NASA astronauts have been born in Connecticut, according to the space agency , which also notes that researchers and students in the state have helped with discoveries. Yale University, for example, helped discover Kepler-150 f, an exoplanet the size of Neptune.

NASA also notes the accomplishments of two other Constitution State natives — Joan Stupik, a guidance and control engineer, and Lynn Rothschild, an astrobiologist.

Several hundred people have gone to space, with the number expected to grow with space tourism. However, this list only looks at scientific missions.

The following Connecticut natives have been to space, according to NASA:

Although Barry was born in Norwalk, he considers South Hadley, Massachusetts, as his hometown, according to NASA.

He was a nine-day flight on the Endeavor from Jan. 11-20, 1996 and did a six-hour spacewalk to show off the techniques that would be used to assemble the International Space Station. He was also on the Discovery from May 27 to June 6, 1999, and from Aug. 10-22 in 2001. During the 1999 mission, Barry performed an eight-minute spacewalk, and spent almost 12 hours performing spacewalks in 2001.

Your state quarter could be worth $55

Like Barry, Burbank was born in Connecticut, but considers Massachusetts home. He graduated from Tolland High School in 1979.

His work has included preparing the International Space Station for its first permanent crew, delivering the equipment to power the station and completing experiments. By the time he retired in June 2018, he had spent 188 days in space and had completed seven hours and 11 minutes of spacewalks.

Like Burbank, Mastracchio was also selected by NASA in 1996. After high school, he went on to get a degree in electrical engineering and computer science from the University of Connecticut, and then pursued further degrees from the Rensselaer Polytechnic Institute and the University of Houston-Clear Lake. The Crosby High School graduate worked at Hamilton Standard as an engineer from 1982 to 1987.

He flew on STS-106, STS-118, STS-131 and on a Russian Soyuz spacecraft for Expedition 38/39. He has spent 228 days in space and 53 hours completing spacewalks — including three that were unplanned in order to replace failing equipment. He has flown on Atlantis, Endeavor and Discovery.

He and Barry were both on STS-106 to prepare the International Space Station for its first permanent crew.

Starstruck: 10 celebrities you didn’t know were from Connecticut

Born in Farmington and raised in Napa, California, Rubins was chosen to become an astronaut in 2009.

She became the first person to sequence DNA in space while on Expedition 48/49, and was a flight engineer on Expedition 63/64. She was most recently in space in April 2021. Her work has included more than 275 scientific experiments on biology, human physiology, fluid and combustion physics, Earth and space science and technology development.

She has spent 300 days in space and spent 12 hours and 46 minutes performing spacewalks.

Spring was chosen to be an astronaut in May 1980 and went on to be a mission specialist on STS-61B. He launched into space in November 1985, where he spent 12 hours doing spacewalks.

While on his mission, he launched three communications satellites and studied how to build space stations. His work with the Defense Systems Acquisition Management Program is classified.

Although he was born in Groton in 1955, Thuot considers Virginia and Massachusetts home.

After being chosen to be an astronaut in 1985, Thuot has worked robotic arms, crew equipment, and has worked on designing space shuttle payloads, equipment and procedures.

He has spent more than 654 hours in space and 17.7 hours on spacewalks.

Lawmakers at the state Capitol are debating the idea of a "safe harbor fund," which would pay for abortion services and travel for women living outside of Connecticut, where abortion is banned.
CONNECTICUT STATE・18 HOURS AGO
WTNH

EAST LYME, Conn. (WTNH) — The state could implement a cap on capacity at state parks in response to a jump in visitors at Connecticut State Parks. There were 17 million visits to the parks last year — six million more than in 2019. “You know the environment can only handle so much, and then […]
CONNECTICUT STATE・1 DAY AGO
WTNH

Every state in the country is coming up with solutions to combat the teacher shortage.
ARIZONA STATE・1 DAY AGO
WTNH

HARTFORD, Conn. (WTNH) – The opioid epidemic is a crisis across the country, including right here in Connecticut. The state’s Department of Health says there were more than 1,200 confirmed overdose deaths last year with 93% involving opioids. Now, two women in Hartford are making a grassroots effort to save lives. Community activist Kamora Herrington […]
HARTFORD, CT・18 HOURS AGO
WTNH

On the move: Conn. Foodbank goes mobile to distribute meals across state

Conn. (WTNH) — A big donation from a major bank is helping bring food into communities across Connecticut. The future of food banks is mobile. Connecticut Foodbank is using its mobile food pantry trucks more and more, circulating through more than 100 different sites all over the state. Even the way they run the mobile […]
CONNECTICUT STATE・2 DAYS AGO
WTNH

BRISTOL, Conn. (WTNH) – A Bristol high school teacher, who was named the 2023 Connecticut Teacher of the Year, is now a finalist to become the National Teacher of the Year. Gov. Ned Lamont (D-Conn.) and Education Commissioner Charlene Russell-Tucker announced on Wednesday that Carolyn Kielma, a science teacher from Bristol Eastern High School, has […]
BRISTOL, CT・2 DAYS AGO
WTNH

Hardest college to get into Connecticut, other states

(STACKER) – It is conventional wisdom that having a college education can be an enormous advantage in terms of furthering your career. With a college degree, you’re likely to make more money, get improved health and retirement benefits, and may find better career opportunities. Going to a selective school is considered by many to be […]
CONNECTICUT STATE・2 DAYS AGO
WTNH

WEST HARTFORD, Conn. (WTNH) — In 2005, the United Nations General Assemblydesignated Jan. 27 as International Holocaust Remembrance Day, the same day the liberation of Auschwitz-Birkenau took place in 1945. On Holocaust Remembrance Day each state is encouraged to honor the 6 million Jewish victims and millions of others while developing programs to help prevent […]
CONNECTICUT STATE・14 HOURS AGO
WTNH

(WTNH) – While lawmakers in Connecticut are considering a new batch of gun laws proposed by Governor Ned Lamont, Connecticut’s U.S. Senators introduced a bill that would ban the manufacture and sale of assault weapons nationwide. Assault weapons were banned in Connecticut a decade ago shortly after Sandy Hook. On Friday, Senators Chris Murphy and […]
CONNECTICUT STATE・23 HOURS AGO
WTNH

What is the long-term plan to take out Connecticut’s trash?

HARTFORD, Conn. (WTNH) — For 50 years, 30% of the state’s trash has ended up at MIRA’s renewable energy facility in Hartford.  But, after the plant closed last July, Connecticut needs a new place for its waste. With 2.4 million tons of trash produced each year, the lack of a long-term plan has many town […]
CONNECTICUT STATE・3 DAYS AGO
WTNH

HARTFORD, Conn. (WTNH) — State lawmakers are hopeful that a new contract with the Connecticut State Police will draw more people to the profession. But those same legislatures know that a lack of interest in law enforcement is about more than just the money. “It has been a rough couple of years for our troops […]
CONNECTICUT STATE・2 DAYS AGO
WTNH

WETHERSFIELD, Conn. (WTNH) — The Connecticut Department of Labor ordered its unemployment appeals filing feature to shut down this week after a technical error made it so data was available to one other filer, according to an announcement Thursday. The issue in ReEmployCT, which led to the system giving the same docket number to two […]
CONNECTICUT STATE・1 DAY AGO
WTNH

HARTFORD, Conn. (WTNH) — The group End Hunger CT! is renewing a call to make school lunch available to all Connecticut students. They are calling on the general assembly to take “immediate action.” Gov. Ned Lamont and legislative leaders are said to be in negotiations to provide students with free meals for the remainder of […]
CONNECTICUT STATE・2 DAYS AGO
WTNH

NEW HAVEN, Conn. (WTNH) — The Connecticut Coalition to End Homelessness is out with its legislative agenda for the year. It wants lawmakers to invest 50 million dollars into the homeless response system. The group says the system is overburdened – underfunded – and facing a workforce shortage because providers cannot afford to pay employees […]
CONNECTICUT STATE・1 DAY AGO
WTNH

Connecticut launches fund to assist renters on the verge of eviction

A student's death on the University of Connecticut's Storrs campus is not being treated as suspicious, school officials said Friday.
STORRS, CT・1 DAY AGO
WTNH

Activists demanding a Parental Bill of Rights for English learners

HARTFORD, Conn. (WTNH) — Community organizers are demanding more support to help public school students who are learning English. Advocates are pushing for a Parental Bill of Rights for English language learners, referred to as ELL students in the public school system. “This Bill of Rights helps improve the education for interpretation, translation and ensuring […]
CONNECTICUT STATE・2 DAYS AGO