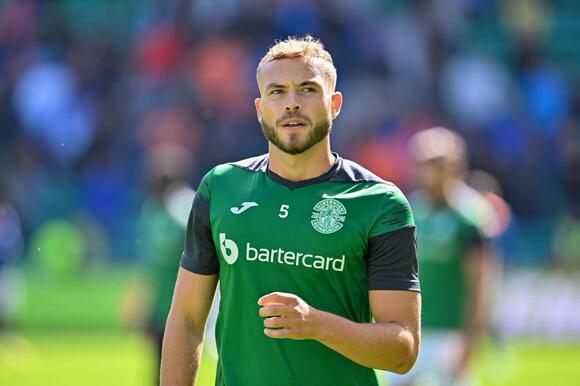 Another day, another couple of Sunderland transfer rumours to look at.

It looks like it could be a very interesting January transfer window for Sunderland, and the rumours have already started to roll in.

That means we have a couple more names to run through our Sunderland transfer rumour rater, which is always fun.

So, let’s cast an analytical eye on the latest gossip and see if we can figure out how seriously we should be taking it.

Sunderland are one of a host of clubs being linked with a move for Hibernian defender Ryan Porteous. According to Football League World, Sunderland are ‘keen’ on the centre-back.

Okay, there is a fair bit to unpack here. The first thing to say is that it is very clear that Porteous is leaving Hibs in January. Lee Johnson, the former Sunderland manager, has admitted as much.

"The fact is, Ryan is not signing a new contract,” Johnson said.

"We have offered a fantastic contract, a really big one for the football club and in my eyes a contract that should have been offered two and a half years earlier for a player of that quality.

"We can't do any more in terms of what we've done, the conversations have been good but he's good, high profile, and he is a young player on a free.

"I've got no issue with Ryan at all. He turned down the best contract we could offer and is seeking pastures new.

"I think potentially a January sale would be the best idea if we realise the fee, because at that point you can reinvest the money back into the club.

"If I was a Championship manager, and I have been in the past, he is the type of player I would be looking at. I know what wages the clubs pay, and they are high.

"Add in fact that you have an agent who probably hasn't had an income source from the likes of Ryan in the past and is seeing an opportunity to help Ryan and get him to where he believes he should be. This is unfortunately the nature of the beast."

That last paragraph holds the details here. The ‘source’ informing using Football League World will likely be an agent who is doing his best to raise the profile of a player about to hit the open market. Note it’s always the same Championship clubs linked – Sunderland, Norwich, West Brom – i.e. the biggest ones that can command the most clicks and attention on the internet.

Mowbray also discussed his defensive options this week while talking about Jordan Willis, and it certainly didn’t sound like he is worried about a lack of depth there.

"If we brought in another defender, for instance,” Mowbray said , “would that make him the number seven or number eight choice? If [Dan] Ballard is here and Aji [Alese] is here and [Danny] Batth is here and [Bailey] Wright is here, and so on and so on.

Porteous is clearly on the move and good luck to him. It would be a real surprise to see him wind up at Sunderland next month, though.

Staying with Football League World and their ‘sources,’ another has apparently told them that Sunderland (and Norwich…) are among the clubs to have enquired about taking Brighton striker Deniz Undav on loan.

Undav is a German striker that Brighton paid some decent money for but has failed to catch fire for them yet, although he has scored plenty of goals in the Belgian league with Union Saint-Gilloise.

This one might just be one of those where Sunderland have some loose interest as one possible contingency plan for losing Ross Stewart, but that's about it.

While the squad is light on strikers, Sunderland coped pretty well when they had none and someone like Undav, who has no record in English football, is not going to come in and start getting game time ahead of Stewart and Simms. That would surely make a deal largely worthless from a Brighton point of view.

He is also 26-years-old, and it’s been made pretty clear that Sunderland don’t intend to spend money on players over the age of 24.

January is approaching and we’ll see what happens, but unless there has been a major Stewart update we don’t know about, it’s hard to imagine Undav is really on the radar right now.

ALSO READ: Sunderland youngsters who could REALLY do with a loan move in January

Why did centre forward turn his back on 'concrete' Sunderland interest?
1 DAY AGO
Sunderland Nation

Looks like a very unpopular figure from Sunderland's past is set to re-emerge despite his previous denials.
2 DAYS AGO
Sunderland Nation

Is Sunderland youngster Anthony Patterson ready for the Premier League?

What do the statistics say about Anthony Patterson's current level amid reports of Leicester and Wolves interest?
2 DAYS AGO
Sunderland Nation

What is the latest on Isaac Lihadji's availability ahead of the FA Cup tie against Fulham?
1 DAY AGO
Sunderland Nation

Sunderland predicted line-up vs Fulham: French duo to get chance to impress?

What Sunderland side might Tony Mowbray pick for the FA Cup replay against Fulham?
23 HOURS AGO
Sunderland Nation

Tony Mowbray has a plan for Sunderland striker crisis, but says one solution 'won't be ready'

Sunderland are unlikely to be able to call on Alex Pritchard to help solve their striker shortage in the FA Cup.
1 DAY AGO
Sunderland Nation

'If I was advising Chris Rigg, I would say stay at Sunderland,' says former Black Cats striker

Chris Rigg has been told he is in 'the best possible hands' at Sunderland.
1 DAY AGO
Sunderland Nation

Why is prospective new Charlton owner Charlie Methven so unpopular at Sunderland?
1 DAY AGO
Sunderland Nation

Sunderland boss Tony Mowbray had one complaint after the 3-2 defeat to Fulham.
3 HOURS AGO
Sunderland Nation

Bailey Wright had a tough start to his Rotherham career, but his new manager has promised to look after him.
2 DAYS AGO
Sunderland Nation

There will be no sitting back and hoping to pinch something when Sunderland entertain Fulham in the FA Cup.
13 HOURS AGO
Sunderland Nation

Tony Mowbray: 'Luke O'Nien keeps telling me he can be a 15-goal a season striker!'

At least one Sunderland player is not worried about the squad lacking striker options...
1 DAY AGO
Sunderland Nation

Tony Mowbray has hinted that he will make plenty of changes to the Sunderland team against Fulham.
1 DAY AGO
Sunderland Nation

Marco Silva: 'Sunderland have the quality - they can really punish you'

Fulham boss Marco Silva is wary of the threat Sunderland pose ahead of the FA Cup replay.
23 HOURS AGO
Sunderland Nation

Luke O'Nien: 'I felt like an imposter at Sunderland'

Luke O'Nien has opened up on his difficult few months at Sunderland - and how he came through them.
1 DAY AGO
Sunderland Nation

Sunderland boss says he is 'fine' with his reduced role in recruitment compared to previous jobs.
2 DAYS AGO
Sunderland Nation

You might have forgotten half of these players even played for Sunderland, but they are still involved in football today across the globe.
10 HOURS AGO
Sunderland Nation

Were Sunderland badly done to by the referee in the FA Cup defeat to Fulham?
50 MINUTES AGO