What channel is the Bills game on? How to watch Buffalo Bills vs. New York Jets 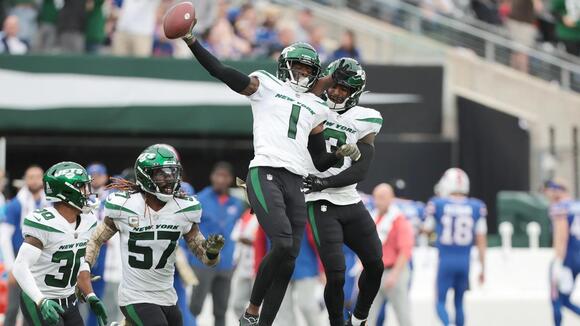 Bumping up that ignominious list into a tie for second at 11 years are the Buffalo Sabres and the New York Jets who own the NFL’s longest postseason drought, their last appearance coming in 2010 when Rex Ryan was their coach.

It’s too early to know whether the Sabres can break through this year and make it to the Stanley Cup playoffs, but the 7-5 Jets have a legitimate chance of ending their misery, especially if they can upset the Buffalo Bills Sunday afternoon at Highmark Stadium.

Sign up for the Bills Blast newsletterDelivered straight to your inbox, additional Bills analysis, insight, stats, quotes and team history from Sal Maiorana

Heading into Week 14, the Jets are clinging to the last wild-card berth in the AFC with the Patriots and Chargers drafting close behind at 6-6.

This was not the expectation downstate when the 2022 season began, but in his second year as head coach, Robert Saleh has turned the Jets into a competitive team that is capable of winning any game thanks to a stout defense that gave the Bills all kinds of problems last month when New York shocked Buffalo 20-17 at MetLife Stadium.

“This is a team that beat us and it was pretty convincing in how they beat us,” Bills coach Sean McDermott said. “It’s a division game and we’ve got to be ready to go.”

In the first meeting, Josh Allen threw two terrible interceptions - one that took points off the board for Buffalo on the first possession of the game, the other deep in his own territory which handed the Jets a go-ahead third-quarter touchdown. And then Buffalo’s defense gave up a long drive late in the fourth quarter which ended with Greg Zuerlein’s game-winning field goal.

Allen, who suffered his elbow injury in the dying seconds of this game, is fully aware that the Bills need to play better if they’re going to earn a split of the season series and solidify their hold on first place in the division.

“They're a high effort group,” Allen said of the Jets defense. “They're playing really good defensive ball right now. They got some playmakers over there, and obviously last game, I didn't feel like I played very well. I made some boneheaded decisions.”

What time is the Bills vs. Jets game?

Who is favored to win Bills vs. Jets game

Who is announcing the Bills vs. Jets game

How to watch Buffalo Bills vs New York Jets game on TV, streaming

Online streaming services: NFL.com and the NFL mobile app. Also, the NFL has a new streaming service called NFL+ which replaces NFL Game Pass, though you can’t cast the games to your TV - you must watch on your phone or tablet. The cost is $5 a month or $30 for the season, and a premium tier costs $10/$80 which includes all-22 coaches film and condensed and full-game replays. With it, you’ll be able to watch every local game on Sunday and the national games on Monday and Thursday nights as well as the playoffs and the Super Bowl. You can also stream if you have subscriptions to DirecTV, fuboTV, NFL+, Sling, Vidgo, Hulu + Live TV, YouTube TV, and Paramount+.

On the radio: How to listen to the Bills vs Jets game

You can listen on SiriusXM satellite radio on channel 227 (Bills) and channel 382 (Jets). On traditional radio, the Bills Radio Network has stations all across the state. They include:

Bills may turn to James Cook in 2023, but it'll take more to improve run game

Bill Parcells is now 81 years old, and the NFL is a vastly different league than the one he last coached in when Drew Bledsoe was his quarterback with the Dallas Cowboys in 2006. But that doesn’t mean the Pro Football Hall of Famer and two-time Super Bowl winner is...
BUFFALO, NY・2 DAYS AGO
Whiskey Riff

It’s the sound of hearts breaking across Philadelphia and the state of Pennsylvania… and let’s be honest, everywhere else in the country, too. Eagles quarterback Jalen Hurts made a very rare public appearance with his girlfriend Bryonna “Bry” Burrows after the NFC Championship game this past Sunday, which is a surprise to many fans, as he is extremely private about his life outside of football.
PHILADELPHIA, PA・1 DAY AGO
ClutchPoints

Kellen Moore gets brutally honest on leaving Cowboys for Chargers

Offensive coordinator Kellen Moore shocked the NFL world when he left the Dallas Cowboys for the Los Angeles Chargers. Moore went into detail behind his decision and why he chose the Chargers over the Cowboys. Following the 2022 season, Moore and the Cowboys mutually agreed to part ways. The Chargers...
LOS ANGELES, CA・20 HOURS AGO