Column: Anti-semites seem to forget: Christmas is a Jewish thing

By By Jonathan Tobias Columnist
The Daily Advance
2022-12-09 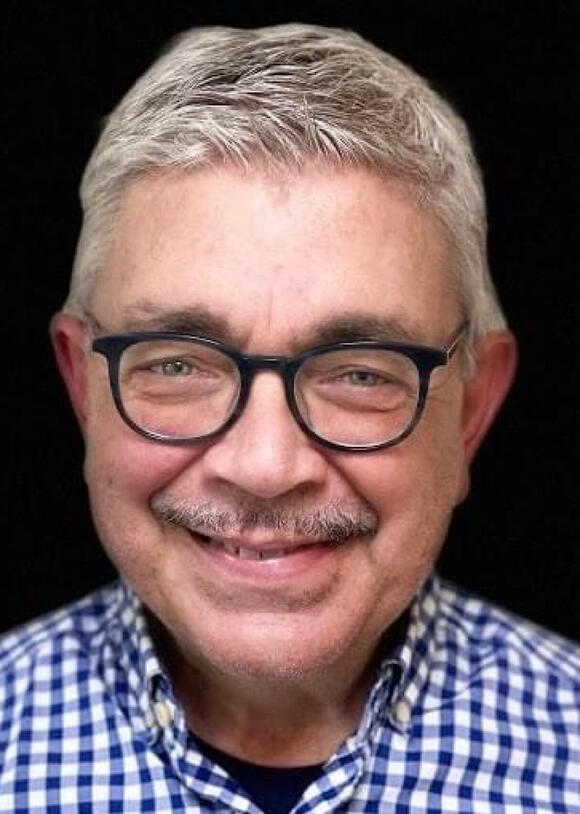 Don’t get me wrong here. My Jewish friends do not celebrate Christmas. Hanukkah, certainly, but Christmas, no.

This year, Hanukkah begins on the evening of Sunday, Dec. 18, and ends on the evening of Monday, Dec. 26. It is a celebration of the dedication of the Second Temple in Jerusalem in the Second century B.C. Each day, an additional candle is lit on the seven-branched menorah. Lots of psalms are read, special hymns are sung, and generous charity is practiced. Many unseen acts of kindness are done.

But Hanukkah is not Christmas. However, Christmas is naturally Jewish. Mary was Jewish, certainly. Her great song, the Magnificat (you can read it in the first chapter of the Gospel of Luke) was drawn from a well-known Jewish hymn called the Song of Hannah (she was the mother of Samuel, the last of the judges and the first of many Old Testament prophets). The shepherds were Jewish. Joseph, the elderly foster father of Jesus, was Jewish, and so was James, his son from his marriage to Salome who witnessed the Nativity.

And here is the kicker: so was Jesus Jewish, or — rather — so He remains.

According to the fundamentals of the Christian faith, Jesus took His humanity with Him up to heaven at the Ascension. And that humanity was and remains Jewish. It is a humanity that embraces everyone in the world.

If it were not so evil and tragic, anti-Semitism is desperately laughable, as the real joke of it lies in the bare fact that Jesus is semitic.

I wish that were not true, but it is. Lately, a number of rabbis, at services on Friday nights, have been asking their congregants this melancholy question:

“How many of you have given any thought to where you might go if this country becomes more anti-semitic?”

Quite a few have raised their hands.

I don’t blame my Jewish friends. On Twitter, Facebook, Truth Social, et al., there are references to conspiracies run by George Soros, or that the media is controlled by Jewish cabals. A certain celebrity posted a swastika juxtaposed on the Star of David, over the words “I love King Jesus,” failing to account for the Jewishness of Jesus and the fact that this celebrity was demonstrating an abysmal ignorance of the word “love.” Then you have a most powerful politician sitting down for dinner with this famous Nazi-admirer along with a rabid anti-Semitic creep who denies that the Shoah, the Holocaust, happened at all.

At the root of these anti-semitic conspiracy theories is usually a despicable document called “The Protocols of the Elders of Zion.” It is despicable because it was produced by the secret police of the Russian tsar in the early 1900s just for the purpose of inciting hatred toward the Jews. It was soon shipped over to Germany, where it was read enthusiastically by you-know-who.

There is a horrible and long stupid history of anti-semitism in Christianity. There have been many insane pseudo-scholarly attempts to demonstrate that Jesus was not Jewish, but that He must have had blond hair and blue eyes. Yes, people actually wrote this stuff and believed it, especially in the pre-World War II years of Germany, Italy, Spain … and in France … and in England … and yes, here in the United States.

Anti-Semites obviously do not read the Bible, preferring, instead, the spit-laced crazy-making rhetoric of radio and internet harangues. The infancy narratives of Matthew (chapters 1 and 2) and Luke (also chapters 1 and 2) say many beautiful things, but one of the chief among them is that Jesus was born a Jew, lived a Jew, and remains a Jew. This cannot be disputed.

I teach preaching at my seminary. One of the many hard things we make our clergy do in the Church Year is to make them chant, on the Sunday before Christmas, that great long tongue-twister Scriptural passage of the “Begats.” To wit, Matthew 1.1-16: my favorite entries are Amminadab, Zerubbabel, and Jehoshaphat — you try singing those names out loud without stumbling.

Yes, we Orthodox read that, or rather sing that, out loud in the Sunday morning worship service. As you might expect, there have been many stumbles, many linguistic disasters.

I make my students practice this list repeatedly to prepare them for the ordeal. One of them in exasperation (or maybe it was desperation) blurted out, “Why do we have to do this?”

“To demonstrate that the Lord was not some mystical avatar who made an abrupt appearance, but had a history,” I told them. “To show that the Son of God became also the Son of Man — the inheritor of all the Father’s revelation, and the bringer of all His love.”

And then the real kicker. Why all these terribly difficult “begats”?

To show, once and for all, that Christmas is a Jewish thing.

Jonathan Tobias is an Edenton resident.

From California to Switzerland, this was a great week for circus clowns. Unfortunately for the clowns, most of their entertaining antics were met not with laughter but with derision. The first circus played in California where legislators proposed to give every Black man, woman and child in the state a tidy sum of $5 million in reparations not just for the slavery endured by their shackled ancestors, but also for being denied fair wages by white employers and affordable rents by San Francisco landlords. ...
GEORGIA STATE・18 HOURS AGO
The Daily Advance

Letter: By keeping our docs, presidents acting like kings

There is a bigger issue in the misplaced presidential documents conundrum. Presidents are rapidly changing from being servants of the people to rulers of the people. Historically, the White House, Secret Service, and classified documents have always belonged to the people. In monarchist England, the palace stays with the king forever, the palace guard is...
UTAH STATE・2 DAYS AGO