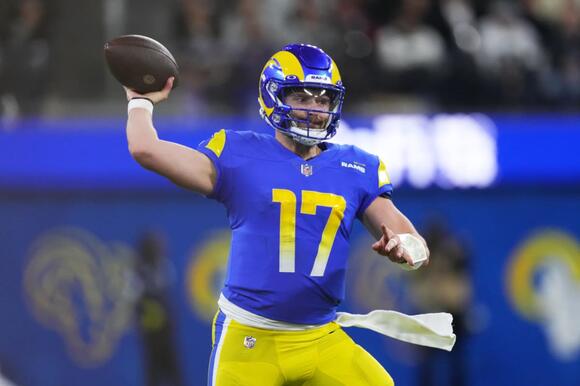 Mayfield led the Los Angeles Rams back from a 13-point fourth quarter deficit on Thursday night for a stunning comeback win.

Baker Mayfield still has some magic left in him.

On Thursday night, despite having been with the team for just a measly two days, the former Heisman Trophy winner led the Los Angeles Rams to a stunning 17-16 win over the Las Vegas Raiders behind back-to-back touchdown drives to close the game.

Naturally, Mayfield’s heroics led to plenty of reactions across the sports world with everyone offering up their reaction to the improbable comeback win.

Here are some of the best comments from the world of Twitter on Thursday evening:

Gray was named the running back practice player of the week on Friday in Mobile, AL.
NORMAN, OK・2 DAYS AGO
AllSooners

It was announced this week the Sooners' head man will be feted by Garden City Community College, where he was a juco All-American out of Salina.
NORMAN, OK・1 DAY AGO
AllSooners

Patrick Cromer signed with the Sooners officially on Friday after receiving an offer from OU over the summer.
NORMAN, OK・1 DAY AGO
AllSooners

Oklahoma head coach Porter Moser met with the media on Friday ahead of OU's matchup with West Virginia.
NORMAN, OK・2 DAYS AGO