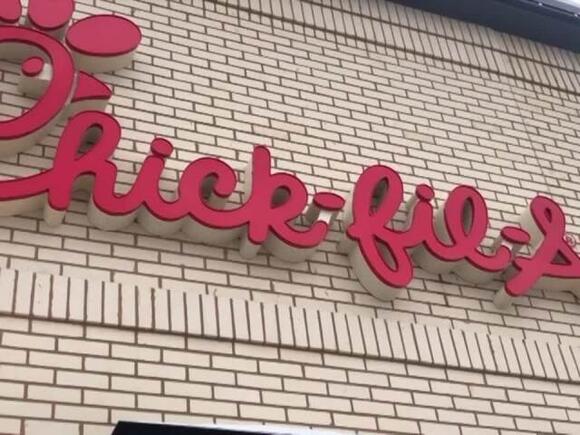 While an exact opening date has not been announced, officials from the popular fast food chain Chik-fil-A say the restaurant is on track to open in early 2023—and Billings city engineers are already preparing for the surge of traffic that will come with it.

Chik-fil-A is in an area called the Marketplace, between Applebees and Planet Fitness near the intersection of 24th Street West and Rosebud Drive.

When Chik-fil-A opened in Missoula a month ago, dozens of cars were backed up on nearby streets, causing a traffic jam on busy Reserve Street.

"When I saw where they were putting it I was like, wow," Nettles said.

Nettles helped open a Chik-fil-A in Lubbock, Texas, and said the traffic situation there was chaotic.

"I see lines and lines of cars and overwhelmed workers," Nettles said.

Fogelson says the city is already working on a multi-point Chik-fil-A plan that includes adding a left-hand turn lane for northbound 24th Street West in the business park.

"There’s human behavior involved, so if things don’t go exactly perfect, okay, that’s something we anticipate could happen and we pull lever number one or lever number two, and it's like dominos falling in an orderly fashion.”

Fogelson said they put together a similar traffic plan when the Sonic restaurant opened on Main Street in the Heights about a decade ago.

Only weeks out from an expected opening, city engineers are waiting on more information, including a specific opening date and an idea of expected customer volume from Chik-fil-A.

Other components include asking Chik-fil-A to hire a traffic engineer to look at light timing cycles up and down 24th and King and to be prepared to hire off-duty police officers to control traffic.

The Petroleum Club charged, and continues to charge, a monthly fee for members to be able to dine at the restaurant.
BILLINGS, MT・16 HOURS AGO
Q2 News

The two new stores would expand the footprint of the area's largest to seven stores in Billings and eight total in Yellowstone County.
BILLINGS, MT・1 DAY AGO
Q2 News

Gene John Klamert, 70, pleaded guilty to mail fraud. He faces a maximum of 20 years in prison, a $250,000 fine and three years of supervised release.
BILLINGS, MT・18 HOURS AGO
Q2 News

Noticing the decapitated Joseph on her apartment building’s fire escape, with the help of family and some other residents, they recovered his body.
BILLINGS, MT・17 HOURS AGO
Q2 News

A winter storm will bring several inches of snow to the lower elevations and over a foot in the mountains
BILLINGS, MT・6 HOURS AGO
Q2 News

It's been a tough year for the residents of Red Lodge — beginning with the June flooding — and now a lack of snowfall this winter has businesses struggling throughout the community.
RED LODGE, MT・3 DAYS AGO
Q2 News

For decades, churches across Montana have sheltered people experiencing homelessness, giving them a place to spend the night out of the cold.
BILLINGS, MT・3 DAYS AGO
Q2 News

Wind, snow, and then a period of cold weather adds up to a sharp departure from our recent relatively quiet weather pattern.
BILLINGS, MT・1 DAY AGO
Q2 News

In the past week, residents in the Billings heights haven't received mail, and they aren't the only ones facing a delay in delivery in Montana and around the country.
BILLINGS, MT・7 DAYS AGO
Q2 News

The Continuum of Care has a Point-In-Time survey to determine how many people are experiencing homelessness.
BILLINGS, MT・11 HOURS AGO
Q2 News

The church's outdoor nativity scene was vandalized on Jan. 16--all items were destroyed--and Mary, Jesus, and Joseph statues were stolen.
BILLINGS, MT・1 DAY AGO
Q2 News

Today will be the warmest of the week with strong winds ahead of a Winter Storm that could bring several inches of snow Friday into Saturday.
BILLINGS, MT・1 DAY AGO
Q2 News

Gina Gallo arrived long before sun rose and the store opened. She pulled into the parking lot at 1:15 a.m.
BILLINGS, MT・7 DAYS AGO
Q2 News

What started as a love for the food truck scene and baked potatoes landed one Montana woman on the reality show The Blox, by BetaBlox.
MONTANA STATE・1 DAY AGO
Q2 News

Drawing new boundaries in School District 2 has been a concern for families. With that feedback from parents, the school board decided to put off redistricting for another year.
BILLINGS, MT・1 DAY AGO
Q2 News

Sometime between Saturday December 3rd and Monday December 5th, Little was stabbed to death. His family is still searching for answers and the assailant is still on the run.
BILLINGS, MT・5 DAYS AGO
Q2 News

The chamber released its priorities for the 2023 session, a top three list focused on workforce issues, public safety and tax reform.
BILLINGS, MT・1 DAY AGO