How Marvel Made Staying After the End Credits a Must 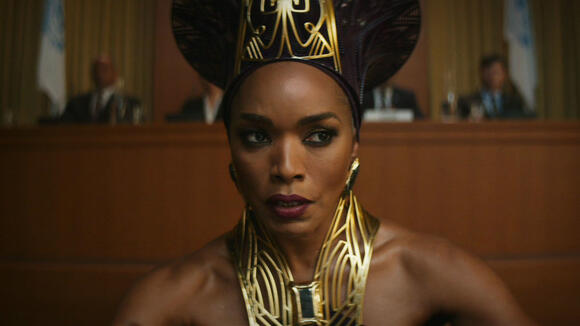 And to think there was a time when "roll the credits" meant the movie was over.

Modern day moviegoers may find this hard to believe, but back in the day, the phrase "The End" was the last thing to see in a film.

The good guy got the girl, the monster was destroyed, and justice prevailed. Now get out.

But things started to change. The rolling list of movie personnel became more of an invitation to stay in your seats and keep watching because there might be more to see.

Many film lovers believe it started with Bond, James Bond, when the 007 flicks issued the post-credits promise that "James Bond will return in..."

The Muppets got in on the act with Animal, the wild and quite crazy drummer, telling audiences to "Go Home! Go Home!" at the post-credit end of "The Muppet Movie."

"At some point, music was added, not to keep people in their seats, but to create a certain ambiance to accompany their departure," said Arnon Z. Shorr, filmmaker, screenwriter and author. "But if you could turn that extra time into just a little bit more entertainment, give audiences a sense that they’re being treated to something 'extra', you might be able to use that half-reel of film--or whatever digital equivalent--to buy just a little more audience goodwill."

After all, Shorr said, "the goal for every studio is to inspire audiences to come back for the next movie."

"In the classical Hollywood era, only the top line talent on the other side of the screen was given credit at the top of the movie," said Thomas Doherty, professor of American studies at Brandeis University.

"John Hughes's 'Ferris Bueller' in 1986 has Ferris come out at the end of the credits and tell people to go home--which indicates that by then enough people were sticking around to see an end credit blooper or topper to make it necessary, humorously, to tell the audience to clear out," he added.

'A Bit of Dessert'

Doherty believes the fact that end credits started to be contractually awarded to all kinds of below-the-line craftspeople on films in the 1970s --who did not get screen credit in old Hollywood--inspired directors "to give a bit of dessert to the crowd as long as they were in their seats, or to keep them in their seats."

Now post-credit scenes are an important part of the whole moviegoing experience for many film fans with Disney's (DIS) - Get Free Report Marvel Studios being exceptionally receptive to the idea.

Financial World did a survey to determine the most anticipated post-credit scenes in the Marvel Cinematic Universe.

Analyzing Google Trends to determine the peak of searches around each film, the news portal found that "Avenger’s Endgame", which came out in 2019, was the most anticipated Marvel post-credit scene, with the largest spike in Google searches seen around its release.

However, it was the only movie in the Marvel franchise not to have a credit scene, Financial World said, so the company rereleased the movie with a deleted scene in the post-credits.

The post-credit scene ranks in "Captain Marvel" second most anticipated in the franchise. It shows Carol Danvers arriving at the Avenger’s New York headquarters and being introduced to the world’s heroes for the first time.

"Black Panther: Wakanda Forever," the sequel to 2018's Black Panther, has been the top grossing movie for several weeks, according to Variety, and is closing in on $700 million in global ticket sales.

Greg Garrett, an English professor at Baylor University, said that post credits scenes appeared long before this current boom as a way of extending the action or opening out the characters in the story.

"Sometimes they were callbacks to running gags, as in 'Airplane,' " he said. "The Avengers sitting silently and eating shawarma after saving the world from space invaders is a more recent example of this older tradition."

But the great rush of post-credit scenes in recent years, Garrett said, grows out of expanded narratives like the MCU in which next steps are set up by closing credit revelations.

"We meet new characters, villains are teased, and storylines set up," he said. "So at the end of 'Black Widow," we see the main character's sister recruited to go after the Avenger named Hawkeye—a storyline that actually crossed over into television in the Hawkeye limited series. Lots of post-credit scenes now are both Easter eggs for fans—and previews of coming attractions."

Rounding out the top 5 is "The Avengers" from 2012--shawarma for everybody!-and 2019's "Spider-Man: Far from Home," which has both a mid-credit and post-credit scene.

The big loser in the MCU is the big green guy himself, as the after-credits scenes for 'The Incredible Hulk" have been named as the least anticipated out of the Marvel Universe. No wonder he was so angry.

Arnon said Marvel’s innovation stems from the interconnected nature of its films.

"Often, the end-credits scenes aren’t even directly related to the film we just watched, but they’re a ‘tease’, a little hint of what drama or excitement a future Marvel film might offer us," he said. "If the movie studio’s goal is to inspire audiences to come back for the next movie, Marvel actually gives us a hint of that next movie. The end-credit scene is not an outtake, but a valid piece of MCU canon."

Arnon said audiences come away from those Marvel end-credits scenes not just with a feeling of having been entertained or treated to something “extra."

"They’ve been offered an almost explicit invitation to come back for the next Marvel adventure," he said..

Amazon Takes Aim at Marvel With Its Newest Venture

The company has a treasured new IP to play with.
INDIANA STATE・2 DAYS AGO
Distractify

“King of Pop” Michael Jackson’s family has been all over the news lately. The late pop star’s ex-wife Lisa Marie Presley passed away on Jan. 12. His daughter, Paris Jackson, attended the Los Angeles premiere of the documentary Pamela, a love story on Monday, Jan. 30. And that same day, Michael’s son Prince Jackson congratulated cousin Jaafar Jackson on his role as the “Thriller” singer in the upcoming biopic Michael. But what about Michael’s other son? Where is Blanket Jackson now?
LOS ANGELES, CA・2 DAYS AGO
TheStreet

Showtime to Be Renamed After Being Combined With Popular Streaming Platform

Stranger Things Season 6 isn't going to pay for itself.
1 DAY AGO
TheStreet

After a hike in admission costs, one Disney park is looking for ways to save guests money.
CALIFORNIA STATE・2 DAYS AGO
TheStreet

Disney World's Epcot has scheduled an event that will feature art, foods, drinks and much more.
1 DAY AGO
TheStreet

The beleaguered movie chain is taking a buyout.
2 DAYS AGO
TheStreet

Tunes from 'Song of the South' are still playing in the Magic Kingdom.
11 HOURS AGO
TheStreet

If you're tired of Twitter and never really learned TikTok, this new app could be for you.
7 HOURS AGO