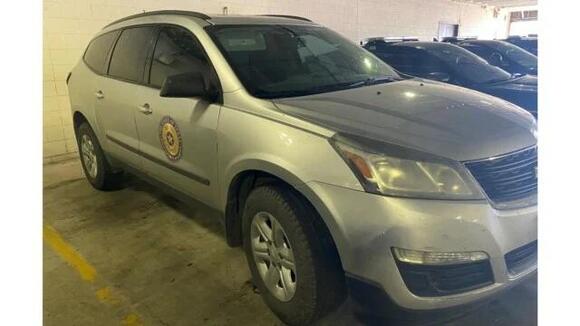 VICTORIA, Texas – On Wednesday, Dec. 7, at approximately 12:20 p.m., the Victoria County Sheriff’s Office conducted a traffic stop in the 9000 block of Highway 59 South in the Raisin Community of unincorporated Victoria County.

Authorities identified Juan Charles, 40, as one of the five additional occupants inside the vehicle. The other four were identified as undocumented persons.

Through investigation, the VCSO discovered the vehicle was assigned to Bernice Garza, a Crime Victim Coordinator, who was an employee of the 229th Judicial District Attorney’s Office.

Officials arrested Rosa on Engaging in Conspiracy/Human Smuggling and Charles for Engaging in Conspiracy/Human Smuggling and Unlawful Carry of a Weapon. They then transported Rosa and Charles to Corpus Christi, where they were transferred to federal custody. The four undocumented persons were released to Border Patrol for processing.

On Wednesday, District Attorney Ramirez announced that Bernice Garza had been arrested and terminated from his office.

Sheriff Justin Marr commended Victoria County Sheriff’s Office deputies, Homeland Security Investigations and the Victoria Police Department for their assistance with this incident. He also condemned this example of a violation of public trust and reminds the public that no one is above the law.

The Victoria County Sheriff’s Office provided the above information and photos.