No TikTok? A State senator wants to ban the social media platform in Georgia 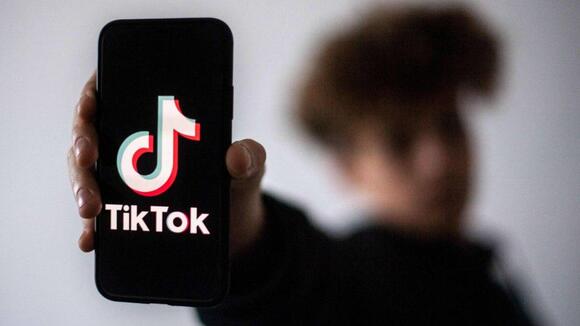 ATLANTA — A state senator wants to ban the social media app TikTok in Georgia, calling it malware produced by China.

Jason Anavitarte, a Republican from Paulding County, posted his proposal in a statement on Facebook.

“TikTok is malware produced by Communist China to spy on Americans and influence our elections,” he said. “It is a national security threat that has no place in Georgia.”

He also called for an executive order banning the app on all state-owned devices and personal devices that access sensitive government systems.

“Banning TikTok via the legislative process may take some time, but Governor Kemp can have an immediate impact on our cyber security by prohibiting TikTok in executive agencies,” he said.

While TikTok is not directly operated by the Chinese government, its parent company, ByteDance, is headquartered in Beijing. Under Chinese law, he said, all citizens and businesses “assist in intelligence gathering and share any data with (the) Chinese government.”

Channel 2′s Bryan Mims reached out to Anavitarte by phone Thursday, but his calls were not immediately returned.

Comments poured in on Anavitarte’s Facebook page, with many expressing support for the ban. “I support this legislation 100 percent!” wrote one person. “Finally someone doing something about China,” wrote another. Others questioned the move, saying it’s government overreach.

Several students at Georgia State University criticized the proposal. “I think that’s really stupid because everybody likes TikTok; everybody enjoys TikTok,” said Jykiya Williams. “It’s an escape from school and all that stress and stuff.”

Ferdoushi Akter agreed. “We are in the United States — why are you banning technology that’s already here?” she said. “It’s a good technology. I get so much information from TikTok.”

Anavitarte wrote that China has a long history of using telecommunications companies for “nefarious purposes.”

“Whether it’s making sure state and local governments don’t use TikTok, or preventing the application from being downloaded in the first place, all options must be on the table to make sure the Chinese Communist Party isn’t spreading its malware in Georgia,” he said.

This past week, the Republic of India announced a major 70% cut to tariffs on U.S. pecan exports.
GEORGIA STATE・1 HOUR AGO
WSB Channel 2 Atlanta

Chinese balloon: US officials consider plan to take down balloon over ocean

The Biden administration is considering a plan to take down the Chinese surveillance balloon that has been drifting across the U.S., The Associated Press reported on Saturday. The option comes hours after the balloon that Pentagon officials are calling a “surveillance balloon” was spotted over Charlotte, North Carolina, WSOC-TV reported.
CHARLOTTE, NC・4 HOURS AGO
WSB Channel 2 Atlanta

Chinese officials on Friday said that a suspected surveillance balloon seen over the western U.S. is a “civilian airship” used for research, mainly for meteorological purposes.
MONTANA STATE・1 DAY AGO
WSB Channel 2 Atlanta

A group of 20 Republican attorneys general has sent letters to CVS and Walgreens warning the drugstore chains against mailing abortion pills to patients.
MISSOURI STATE・2 DAYS AGO
WSB Channel 2 Atlanta

Spy balloon: What is in the sky above the US? Canada monitoring ‘potential second incident’

Where did the balloon flying over the US come from and what is it doing there?
MONTANA STATE・1 DAY AGO
WSB Channel 2 Atlanta

Cybersecurity experts say online drug sales have moved from the dark web to social media platforms because telegram and other sites like it, offer end-to-end encryption, which blocks third parties from viewing what’s said and sold.
GEORGIA STATE・1 DAY AGO