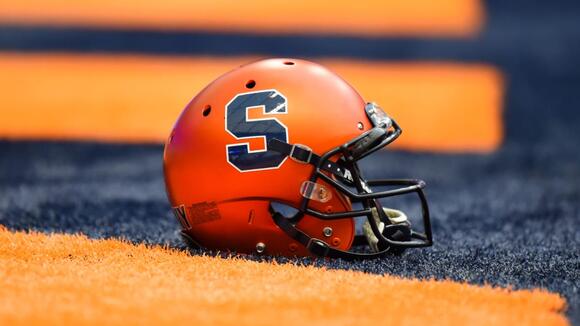 Syracuse football is in the need of a new defensive coordinator. According to Pete Thamel of ESPN, Nebraska is hiring Tony White to be its defensive coordinator. White has been instrumental in implementing the 3-3-5 defense at Syracuse over the last few seasons, making the Orange one of the better defensive units in the ACC during that time. This is a major blow to Syracuse’s defense moving forward.

More on White from his Cuse.com bio:

After posting the best total defense mark in a decade at Syracuse in 2021, Tony White enters his third season as the Orange’s defensive coordinator.

A disciple of defensive guru Rocky Long and the two-time Scout.com Mountain West Recruiter of the Year, White has brought the 3-3-5 to ‘Cuse.

In 2021, Syracuse held opponents to 330 yards per game, which ranked 19th nationally and second in the ACC. Orange stars Mikel Jones (LB) and Cody Roscoe (DE) earned First Team All-ACC honors, while Garrett Williams, Duce Chestnut and Josh Black were also honored by the league. Syracuse made a habit of getting after the quarterback, ranking third in the ACC in sacks (3.1) and 16th in the FBS.

In his first season at Syracuse, three Syracuse players earned Freshman All-America honors (Garrett Williams, Ja’Had Carter and Stefon Thompson) from various publications. The Orange started as many as six freshmen on defense and five on multiple occasions that year, the most in program history. Chestnut added to that total in 2021, earning the honor from multiple outlets, and making four Freshman All-America selections from the SU defense in White’s first two seasons.

Syracuse won at Boston College 77-68 Saturday night. Here are five takeaways from the victory.  1. Jesse Edwards Edwards was nearly unguardable in this game. He finished with 27 points on 12-15 shooting to go along with seven rebounds and four blocks. Not only did he stay out of foul trouble ...
SYRACUSE, NY・22 HOURS AGO
AllSyracue

Syracuse women’s basketball sweeps this season’s series over Boston College with Sunday's 79-72 win, making it Head Coach Felisha Legette-Jack’s first season sweep over an ACC opponent. Although the Eagles scored first, the Orange scored 11-straight in the first minutes of the game. The Eagles then ...
SYRACUSE, NY・10 HOURS AGO
AllSyracue

Syracuse football has hired Darrell Perkins as its safeties and rovers coach, the program announced Friday. Perkins was most recently at UMass and should complete the Orange's coaching staff for the 2023 season.  More on Perkins from a press release via Syracuse Athletics:  Perkins will ...
SYRACUSE, NY・2 DAYS AGO
AllSyracue

In front of about 3,500 fans, the Syracuse Orange started their season off with a 7-5 win over the defending America East champions, the University of Vermont Catamounts. Leading the way for the Orange offense was Finn Thomson, the freshman out of Toronto. Thomson finished the game with three ...
SYRACUSE, NY・1 DAY AGO
AllSyracue

Takeaways From Syracuse's Win Over Vermont

The 2023 Syracuse men’s lacrosse season started on a good note on Saturday with a 7-5 victory over the University of Vermont Catamounts. It was mostly a battle of defense that resulted in a low-scoring affair, with only 12 goals being scored between both teams. Each side of the ball had some great ...
SYRACUSE, NY・1 DAY AGO
AllSyracue

At a point in the season where any result counts, The Orange are in the hunt for a positive result after suffering a loss and a tie to CHA opponent Mercyhurst. Syracuse was in action tonight against another conference foe in Penn State, who currently sit a top of the conference and are ranked 10th ...
SYRACUSE, NY・2 DAYS AGO