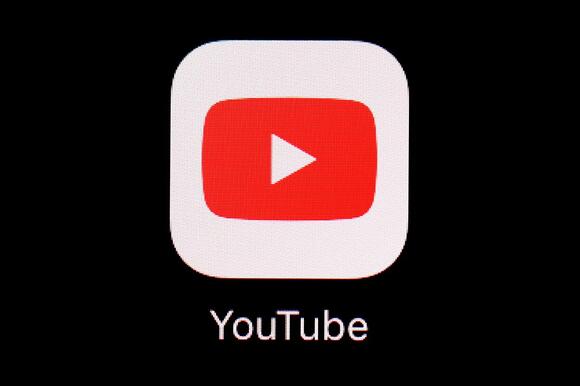 The Department of Justice (DOJ) is warning the Supreme Court against using an “overly broad” interpretation of a provision that provides tech companies a legal liability shield over content posted by third parties.

The DOJ issued the warning in a brief about a case relating to Google that could change how digital content is hosted online, with the department effectively undermining the tech giant’s argument in the case.

The dispute centers on whether the liability shield — Section 230 of the Common Decency Act — protects Google in a case alleging the company recommended ISIS recruitment videos to users on its YouTube subsidiary.

A lower appeals court said the liability shield protects Google, a ruling the DOJ is urging the Supreme Court to vacate.

Although Section 230 protects YouTube over liability for hosting or “failing to remove” ISIS-related content, the DOJ asserted Thursday, it does not over claims based on YouTube’s “own conduct in designing and implementing its targeted-recommendation algorithms.”

“The Court should give Section 230(c)(1) a fair reading, with no thumb on the scale in favor of either a broad or a narrow construction,” the DOJ said in a brief led by acting solicitor general Brian Fletcher.

The DOJ did not take a position on whether Google should ultimately be found liable, but recommended the case be returned to the lower court for further review.

The case is based on allegations against Google raised by the family of Nohemi Gonzalez, a 23-year old U.S. citizen killed in a 2015 Islamic State terror attack in France. Gonzalez’s family alleges YouTube provided a platform for terrorist content and recommended content inciting violence and recruiting potential supporters through its recommendation algorithm.

Section 230 has been attacked across the political spectrum, albeit for different reasons. Democrats have said it allows for more misinformation and hate speech online by protecting tech companies over allowing such content by third parties, while Republicans have used it to accuse tech companies of censoring content online with an anti-conservative bias.

Given the partisan deadlock over the issue, court cases like the Gonzalez family’s against Google are broadly expected to be a key factor in potential Section 230 reform — a change that would impact how content is moderated online.

In response to the DOJ’s brief, Google spokesperson José Castañeda said “undercutting Section 230 would make it harder, not easier, to combat harmful content — making the internet less safe and less helpful for us all.”

“Through the years, YouTube has invested in technology, teams, and policies to identify and remove extremist content. We regularly work with law enforcement, other platforms, and civil society to share intelligence and best practices,” he said in a statement.

A separate amicus brief filed earlier this week by a bipartisan group of more than two dozen attorneys general argued in favor of “reining in Section 230 immunity.” The attorneys general said the internet is a “dramatically different place” than it was when the provision was first passed in the 1990s and that social media companies “actively exploit” the protection.

Sen. Josh Hawley (R-Mo.) filed a separate brief this week, as well, arguing that Section 230 has been wrongly interpreted to “shield the Nation’s largest and most powerful technology corporations from any legal consequences.”

Simple section 230 must be removed period. Any and all types of information sources must be held to the same standards. Be it New services, Various Media outlets, TV and Cable or any other public accessible formats. They all need to be on the same playing field.

The Supreme Court rejected a Texas death-row inmate’s request to pause his execution scheduled for later Wednesday over claims that some of his jurors relied on “overtly racist” stereotypes. Wesley Ruiz, 43, was sentenced to death for killing a Dallas police officer. Ruiz this week asked the justices to pause his lethal injection after lower…
TEXAS STATE・12 HOURS AGO
The Hill

The Department of Justice (DOJ) has dropped a criminal investigation into retired four-star Marine Gen. John Allen, who was accused of lobbying on behalf of the Middle Eastern nation Qatar. Allen’s attorney, David Schertler, said in a statement he was informed by the DOJ’s National Security Division and the U.S. Attorney’s Office in central California…
CALIFORNIA STATE・1 DAY AGO
The Hill

Lawyers for Hunter Biden are requesting that federal and state investigators look into those who accessed and spread his personal data from his stolen laptop, including Rudy Giuliani and a number of allies of former President Trump, in a series of letters sent Wednesday, according to multiple reports. The letters to the attorney general of…
DELAWARE STATE・9 HOURS AGO
Eden Reports

On Sunday, Maria Bartiromo reported during a Fox News Sunday Morning Futures segment that there are 1,850 boxes filled with classified documents that President Joe Biden donated to his home state's university.
NEWARK, DE・3 DAYS AGO
The Hill

There has been substantial media coverage of President Biden and former Vice President Pence both removing marked classified documents outside the White House after they left the vice presidency (and, in the case of Biden, also including after he was a U.S. senator). Both insist they did so inadvertently.   Of course, the word “inadvertent” does not apply to former President Trump’s behavior. As we now know from Mr. Trump’s own admission, he knew documents he took to Mar-a-Lago were classified…
WASHINGTON STATE・2 DAYS AGO
Newsweek

Stormy Daniels Thanks Donald Trump for 'Admitting' She Told Truth

Alina Habba, who was recently fined for filing a "frivolous" lawsuit, is no longer Trump's counsel in E. Jean Carroll's rape and defamation suit.
1 DAY AGO
Insider

"There is no other way to talk to these fools," State Duma member and former military commander Andrey Gurulyov said.
2 DAYS AGO
The Hill

Republicans in the Iowa state legislature introduced a bill on Monday that would make it a felony to manufacture or prescribe mifepristone, one of two drugs used in medication abortions. The bill would make it illegal to “manufacture, distribute, prescribe, dispense, sell or transfer” generic or brand-name mifepristone in the state, punishable by up to…
IOWA STATE・1 DAY AGO
The Hill

You may have heard of the face on Mars, now get ready for the bear on Mars! Last month, a NASA orbiter made out what appears to be the face of a cartoon-ish bear on the surface of the red planet. Today in health, the Biden administration took another step to improve access to contraception,…
TENNESSEE STATE・2 DAYS AGO
The Hill

The real classified documents problem: there are far too many

The problem extends far beyond a few high officials not returning a few classified documents, but to the entire classification system.
1 DAY AGO
The Hill

The Manhattan district attorney is escalating his criminal investigation into former President Trump by showing a grand jury evidence about hush money paid to an adult-film star just before the 2016 presidential election, The New York Times reported. The Times reported that Manhattan District Attorney Alvin Bragg (D) will begin presenting the evidence on Monday…
MANHATTAN, NY・2 DAYS AGO
The Hill

Former President Trump is suing journalist Bob Woodward over interview recordings that Trump alleges he didn’t agree could be included in an audiobook.  Trump concedes that he consented to Woodward recording their conversations for the purpose of a book, and gave 19 interviews to the veteran journalist in 2019 and 2020, which Woodward included in…
FLORIDA STATE・2 DAYS AGO
The Hill

A Florida judge has ordered the state’s Agency for Health Care Administration (AHCA) to produce documents related to its determination that gender-affirming health care cannot be covered under Medicaid because treatments are “experimental and investigational.” Attorneys for the AHCA — the agency that controls most of the state’s Medicaid program — will have until Feb.…
FLORIDA STATE・12 HOURS AGO
The Hill

Virginia Gov. Glenn Youngkin’s (R) announcement removing his state from consideration for a Ford electric vehicle (EV) battery plant over connections to China has triggered a controversy, with critics saying he is picking fights as a prelude to a possible 2024 White House run.    Youngkin announced in January that he had withdrawn Virginia from…
VIRGINIA STATE・15 MINUTES AGO
The Hill

A whistleblower and advocacy group is raising concerns over what they call a “gag rule” against federal scientists that was included in White House scientific integrity guidelines.  Earlier this month, the White House Office of Science and Technology Policy (OSTP) issued a model scientific integrity policy as part of a larger framework on the issue…
2 DAYS AGO
The Hill

Lula and Biden face a historic opportunity to protect the Amazon

Biden should continue to support Lula as a proven good-faith partner to help turn this crisis into an opportunity for global leadership. The world depends on it.
14 HOURS AGO
The Hill

GOP-led states call on court to shut down DACA

A coalition of nine Republican-led states on Tuesday asked a federal court in Texas to end the Deferred Action for Childhood Arrivals (DACA) program, which shields “Dreamers” from deportation. The DACA program was implemented under the Obama administration in 2012 as a way to protect undocumented immigrants who were brought into the U.S. as children.…
TEXAS STATE・16 HOURS AGO