Police: man tried to abduct boy who was riding his bike 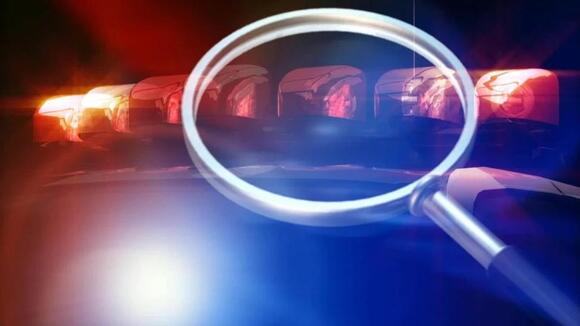 WESTFIELD, Ind. — Police are investigating after a boy said a man tried to abduct him while he was riding his bike.

The Westfield Police Department said the report came in around 3:45 p.m. Wednesday. The boy said he was riding his bike near the 700 block of Burgess Hill Pass when a man approached and grabbed his arm.

The boy said the suspect was a white man in his 30s. He was around 6’2″ tall and had a slender build, bald head, and red goatee. The department said the boy reported the man was wearing black and gray pants, a black coat, sunglasses, and a dangling cross earring.

Police say the suspect’s vehicle was described as a 2009-2018 two-door black Dodge Ram. It was dirty with silver rims and a scrape on the driver’s door.

Police are now asking anyone living in the Maple Knoll addition with outdoor cameras or video doorbells to review any recordings. They hope someone captured this incident, suspect, or vehicle between 3:30 p.m. and 4 p.m.

Police are also conducting additional patrols in and around the neighborhoods and bus stops. They ask anyone with information to contact them at 317-804-3238.

LAFAYETTE, Ind. — A Purdue University professor was arrested after being accused of dealing meth and propositioning women for sexual favors. According to the Lafayette Police Department, Sergey Macheret, 65, of Lafayette was arrested on Wednesday after a lengthy investigation into reports of a “suspicious male approaching women.” Macheret faces charges of making an unlawful […]
LAFAYETTE, IN・58 MINUTES AGO
WEHT/WTVW

EVANSVILLE, Ind. (WEHT) — By the end of February, dozens of Railcrew Xpress employees across Indiana will be looking for a new job. Although the majority of these layoffs are outside southern Indiana, over 20 employees in Evansville will be out of work. Railcrew Xpress shifts part of the blame to CSX, as explained in […]
EVANSVILLE, IN・1 DAY AGO
WEHT/WTVW

The folks at Social Catfish have compiled five area codes you should never answer a call from.
INDIANAPOLIS, IN・52 MINUTES AGO
WEHT/WTVW

HENDERSON, Ky (WEHT) – The Indiana Office of Utility Consumer Counselor (OUCC) is inviting written public comments regarding CenterPoint Energy’s request for approval of a build transfer agreement to operate a new wind generation facility. The OUCC is currently reviewing the utility’s request and is scheduled to file testimony on February 27. Consumer comments can […]
INDIANAPOLIS, IN・2 DAYS AGO