Bond set at 20K for man shot outside Billings restaurant 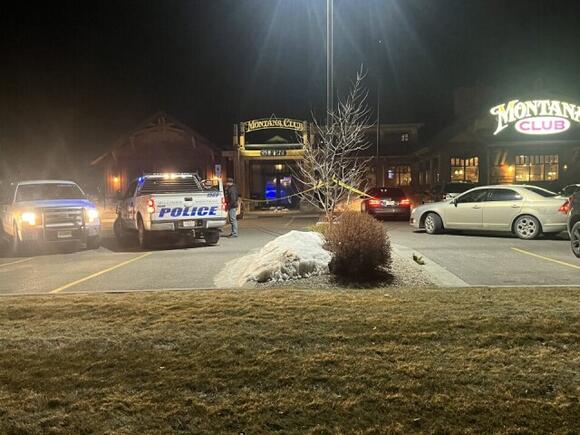 BILLINGS - Bond was set Thursday at $20,000 for a Billings man who was shot during a confrontation outside a restaurant.

Daniel Wayne Brusard, 35, appeared in Yellowstone County District Court by video from the county jail for arraignment before Judge Rod Souza. Brusard pleaded not guilty to a felong charge of assault with a weapon and a misdemenor count of violation of a protective order.

Souza set the bond after prosecutors and a defense attorney said Brussard has a minimal criminal history, including a single misdemeanor conviction in Arizona for having an open alcohol container.

Brusard is charged for a Nov. 30 incident outside the Montana Club restaurant that ended in gunfire.

Prosecutors allege Brusard was a customer at the restaurant when he began yelling and threatening others near the restaurant entrance. A witness said Brusard retrieved a handgun from a vehicle and threatened to shoot when another customer shot Brusard in the chest.

The person who shot Brusard has only been identified in court records by the initials R.P. That person has not been charged.

RELATED : Court docs: Patron at Billings restaurant pointing gun at man when he was shot

Police tactics and use of force are under national scrutiny again, following the death of Tyre Nichols, 29, who was beaten by five police officers now charged with murder in Memphis, Tenn.
HARDIN, MT・2 HOURS AGO
Q2 News

Details were thin, but Yellowstone County Sheriff Mike Linder confirmed at 7:30 p.m. that at least one person had been shot.
BILLINGS, MT・1 DAY AGO
Q2 News

In Billings, police issued 268 red light citations in 2022 and 169 warnings, and they say there are far more people breaking the red-light law.
BILLINGS, MT・3 HOURS AGO
Q2 News

The Veazey family suffered the loss of their daughter on New Year's Day. The mother, Morgan Veazey, is now wanting to give back to the hospital that helped them through the difficult time.
BILLINGS, MT・3 HOURS AGO
Q2 News

The deep freeze often spells troubles for pipes and that's definitely the case in Laurel, as the CVS pharmacy on Southeast 4th Street is now closed after pipes burst.
LAUREL, MT・23 HOURS AGO
Q2 News

Noticing the decapitated Joseph on her apartment building’s fire escape, with the help of family and some other residents, they recovered his body.
BILLINGS, MT・5 DAYS AGO
Q2 News

The bakery served oven-fired pizza and was busy all night helping to make food deliveries to the nearby hotels and motor inns that were also busy accommodation travelers.
BILLINGS, MT・17 MINUTES AGO
Q2 News

Gene John Klamert, 70, pleaded guilty to mail fraud. He faces a maximum of 20 years in prison, a $250,000 fine and three years of supervised release.
BILLINGS, MT・5 DAYS AGO
Q2 News

After undergoing two surgeries in 367 days to remove brain tumors, a Laurel firefighter is now paying it forward by raising money for other brain cancer patients.
LAUREL, MT・1 DAY AGO
Q2 News

The church's outdoor nativity scene was vandalized on Jan. 16--all items were destroyed--and Mary, Jesus, and Joseph statues were stolen.
BILLINGS, MT・6 DAYS AGO
Q2 News

On July 15, a massive dust storm swept across I-90 near Hardin, causing blackout conditions and a 21-vehicle pile-up, which killed six people, including two children.
HARDIN, MT・7 DAYS AGO
Q2 News

Organized by the Montana District 3 VFW Auxiliary, the row of flags lining the cars was for troops to see out their window as they departed the airport to head overseas.
BILLINGS, MT・2 DAYS AGO
Q2 News

“The doctors have said she probably wouldn’t be here now had we not jumped in, and she came to us,” said Renee.
RED LODGE, MT・2 DAYS AGO
Q2 News

Among the semifinalists is The Backporch BBQ restaurant in Roundup, which has landed a spot in the Best New Restaurant category.
ROUNDUP, MT・4 DAYS AGO
Q2 News

The bar was established in the 1940s and has seen a few owners in its time. Larry Falls Down is a regular at the popular location and can remember at least a few owners.
EDGAR, MT・4 DAYS AGO