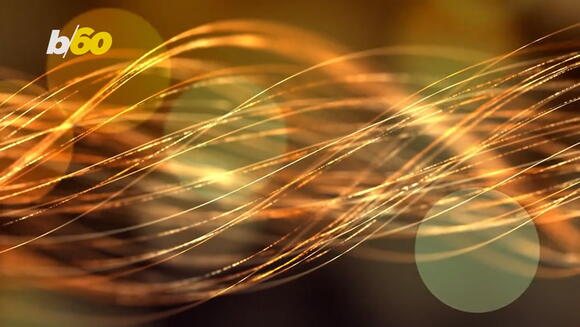 Students in China have invented an “invisibility cloak” designed to hide wearers from security cameras.

The InvisDefense, developed by a team at Wuhan University, is a low-cost coat that can be used day or night to evade detection from security camera systems monitored by artificial intelligence.

During the day, the coat uses a pattern to effectively blind the cameras, while at night it emits unusual heat signals to confuse infrared cameras.

The coat appears ordinary to human eyes and is ineffective at hiding wearers from human-monitored security cameras. Its design means it would also potentially confuse some of the detection systems used in self-driving cars, but not the human drivers.

“Cameras on the road have pedestrian detection functions and smart cars can identify pedestrians, roads and obstacles. Our Invisdefense allows the camera to capture you, but it cannot tell if you are human.”

The coat won first prize in a contest sponsored by Huawei Technologies, with a paper describing the technology set to be presented at the AAAI 2023 AI conference in the US in February.

Wuhan University PhD student Wei Hui, who created the algorithm that generated the coat’s pattern, estimated that it costs less than 500 yuan (£59) to make the InvisDefense.

“The most difficult part is the balance of the camouflage pattern. Traditionally, researchers used bright images to interfere with machine vision and it did work,” said Wei Hui.

“But it stands out to human eyes, making the user even more conspicuous. We use algorithms to design the least conspicuous patterns that can disable computer vision.”

Professor Wang said the coat could be used for stealth military uniforms to evade detection from drones, or AI-controlled units on the battlefield.

Researchers could also potentially use the pattern-generating algorithm to better understand and patch up loopholes in artificial intelligence and computer recognition technology.

You realize that, now that it's available, AI can be trained to recognize it? It's not actually _invisible_, it's just not recognized by present AI algorithms.

By students in Wuhan? Now the liberals can tell us that they're is no lab in Wuhan and that we must be thinking of the university that came up with the invisibility coats. The funny thing is that now there's going to be little Chinese people running around with these coats on and probably wearing their aluminum foil hats

The world's first human-monkey hybrid has been successfully created in a laboratory, according to shocking research from Chinese scientists. This horrifying development occurred in 2021, after a team of researchers from the United States and Spain traveled to China in order to get around regulations that forbade this kind of research in their own nations.
2 DAYS AGO
Business Insider

The woman, who works in the product, sales and strategy ops, has not yet heard from Google about the status of her maternity leave benefits.
ARIZONA STATE・3 DAYS AGO
The Independent

An archeologist from Cumbria has discovered the remains of some of northern Britain’s earliest humans.Found at Heaning Wood Bone Cave in Great Urswick, south Cumbria, the cave has been confirmed as a burial site by experts from an international team from the University of Central Lancashire.Local archeologist Martin Stables has been working at the site since 2016, with academic analysts brought into interpret the evidence.Mr Stables has previously discovered human and animal bone, stone tools, and prehistoric pottery at the site.He told reporters: “After six years digging it’s all ended up in a place I never expected it to get...
2 DAYS AGO
The Independent

All the Beauty and the Bloodshed: How photographer Nan Goldin took on the Sackler family – and won

It’s hard to quite comprehend the scale of the North American opioid crisis. The rise of the hyper-addictive prescription painkiller OxyContin – a “blockbuster drug”, in putrid Big Pharma parlance – has led to more than 600,000 deaths in the US and Canada since 1999. Experts have predicted that as many as 1.2 million more people may die from opioid overdoses by the end of the decade. Sometimes, the drug itself proves fatal; often, it leads directly to the use of other potentially deadly drugs, such as heroin or fentanyl. (Around 80 per cent of heroin addicts now begin on...
49 MINUTES AGO
The Independent

A four-star US Air Force general has said that Washington is expecting a potential war with China in 2025 and asked his commanders to prepare for battle by aiming “for the head”.General Mike Minihan, the head of the Air Mobility Command, said the US’s main goal should be to deter “and, if required, defeat” China, in a shocking internal memorandum signed off by him and confirmed to be genuine by the Pentagon.The memo, which has been circulating on social media, was first reported by NBC News and is dated 1 February of this year. It contains several pointers, including...
WASHINGTON STATE・23 HOURS AGO