A Chinese Executive May Be the Future CEO of Tesla 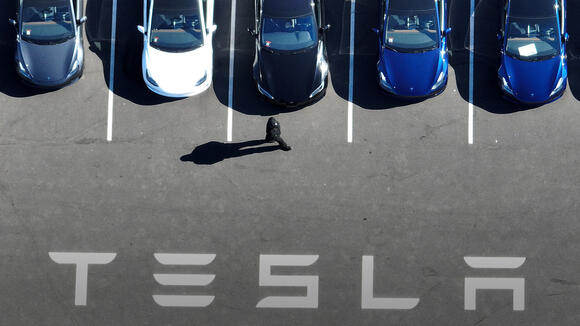 A new face at the helm of Tesla.

This idea, which seemed absurd several months ago, is beginning to take shape in the minds of investors.

Indeed, since James Murdoch, a member of the board of directors of the electric vehicle manufacturer, indicated in mid-November that Elon Musk had told the board that he had identified someone to succeed him in the role of CEO, speculation and the craziest rumors continue to circulate.

Murdoch made this revelation during his testimony in a trial in Delaware over the 2018 pay package the company granted to Musk. The EV maker granted its co-founder a $56 billion package, but Tesla shareholder Richard Tornetta sued Musk and the board. He wants to prove that the chief executive used his dominance to obtain the unheard compensation package, a package which did not require him to work full-time.

Murdoch was asked by the plaintiff's attorney whether Musk had ever identified someone to succeed him as CEO.

"He actually has," Murdoch responded. He added that it happened in "the last few months."

But he didn't provide the name of the potential successor.

Since this revelation, the hunt for the lucky one has begun. A name has been put forward for the first time and it seems credible. It is Tom Zhu, president of Tesla (TSLA) - Get Free Report China. This is echoed by Pingwest, a publication specializing in tech coverage in China. Wall Street seems to take this hypothesis seriously.

"I put the odds at 10%," Gene Munster, managing partner at Loup Funds, wrote on Twitter. "I'm factoring in the dynamic that Elon likes to mix things up along with Tesla's goals to diversify away from China (the last two gigafactories have been US and Western Europe)."

Like other experts, he admits that given the importance of the Chinese market for Tesla and the electric vehicle industry -- China, which seeks to reduce CO2 emissions, encourages its citizens to buy green vehicles through substantial aid and tax credits -- this hypothesis is credible, but he recognizes that it would become a headache on the geopolitical level.

Sino-American relations are currently very tense, the two great powers clashing on technology and also opposing each other over the status of Taiwan.

"My guess is Tom Zhu is getting some kind of promotion, but not to CEO," Munster said. "If he does get the CEO job, Tesla investors will likely lose sleep given the geopolitical dynamic."

Tesla did not respond to a request for comment.

Zhu Is in Austin

In the meantime, Zhu is taking the lead at Tesla. According to Bloomberg News, Musk has just brought him from Shanghai to run the Tesla factory in Austin, which manufactures the Model Y SUV/crossover, and soon the long-awaited Cybertruck, Tesla's futuristic pickup truck whose production should start in mid-2023.

Zhu is in Austin this week according to Bloomberg News, citing unnamed sources. He came with his team of engineers to oversee the increase in production capacity of the gigafactory in Texas. The plant has an annual vehicle capacity of 250,000 Model Y.

Zhu joined Tesla in April 2014 and soon became central to the success of Elon Musk's group in China. He was in charge of the expansion efforts of the company's Supercharging project. He became China Country Manager for Tesla in December of the same year.

One of his great feats happened in 2019: that year, Tesla delivered its first Model 3 sedan made in China, a year after Tesla signed an investment agreement with the local government in Shanghai for a gigafactory. Zhu was made Tesla’s Global Vice President and President of Greater China.

Since then, China and the Shanghai factory have become very important for Tesla. The vehicles produced in this gigafactory serve many Asian markets and also Europe, even if the Berlin factory inaugurated last March is set to become the main supplier of Tesla vehicles sold in the European market.

The rumors and changes come at a time when Musk is very busy revamping Twitter, which he bought on Oct. 27 for $44 billion, after six months of a battle with the former management, marked by twists and turns and a legal tussle.

The billionaire recently had confessed that, since taking over Twitter, he hardly sleeps.

"I have too much work on my plate, that's for sure," Musk said on Nov. 14, during an appearance at B20 Indonesia, a business conference running alongside the G20 summit in Bali. "I'm working the absolute most that I can work -- morning to night, seven days a week."

Besides Twitter and Tesla, the mogul is also the founder and kingpin of three other companies: rocket company SpaceX, The Boring Company, which digs urban tunnels, and Neuralink, a company specializing in brain microchips. Each of these companies plays an important role in their respective industry.

Altogether, Musk is the CEO of Twitter, the CEO and "technoking" of Tesla, the CEO and CTO of the U.S. defense contractor SpaceX, cofounder of Neuralink and founder of The Boring Company.

The Tesla CEO invokes the name of Ark Investment's Cathie Wood in the lawsuit about a controversial tweet.
2 DAYS AGO
TheStreet

Legacy carmakers and upstarts are all battling to compete with Tesla. But for CEO Elon Musk, his main rival is not who you think.
2 DAYS AGO
TheStreet

Tesla's billionaire CEO is getting more and more involved in politics. Democrats are his favorite targets.
WASHINGTON STATE・1 DAY AGO
TheStreet

Shares of Lucid Motors rose on Friday after rumors of being acquired by a Saudi Arabia fund.
9 HOURS AGO
TheStreet

The CEO of the EV manufacturer says the group has received twice as many orders as it can produce.
2 DAYS AGO
Ingram Atkinson

The world's first human-monkey hybrid has been successfully created in a laboratory, according to shocking research from Chinese scientists. This horrifying development occurred in 2021, after a team of researchers from the United States and Spain traveled to China in order to get around regulations that forbade this kind of research in their own nations.
1 DAY AGO
TheStreet

Is Tesla Stock a Buy or Sell on Earnings? The Chart Hints.

Tesla stock is reacting well to the earnings report but it's also trading right into a resistance zone.
1 DAY AGO
TheStreet

The world's largest automaker by sales volume just made a big change to its C-Suite.
CALIFORNIA STATE・1 DAY AGO
The US Sun

A RUSSIAN warship armed with “unstoppable” hypersonic missiles is sailing towards the US coast in a show of strength, reports claim. The guided missile frigate Admiral Gorshkov has been closely monitored by Nato navies on its maiden voyage armed with 6,670mph Zircon weapons. An unconfirmed Russian Telegram channel...
3 DAYS AGO
TheStreet

The Indian executive's company faces a critical report from a firm famed for betting that stock prices will drop. His company shot right back.
2 DAYS AGO
TheStreet

The billionaire wants the fast-food chain to accept the Dogecoin cryptocurrency as payment for its burgers.
6 HOURS AGO
TheStreet

Through the fourth quarter, the EV leader maintained its Sept. 30 stake in bitcoins -- but their value melted.
1 DAY AGO
TheStreet

The Tesla CEO says he got stuck with a username that first cropped up in his civil jury trial.
1 DAY AGO
TheStreet

After a massive vehicle-price slash, Tesla's CEO is due to address shareholder criticism and questions about profitability after the market close Jan. 25.
2 DAYS AGO
TheStreet

Marriott CEO Has Bad News for Your Summer Vacation

Elon Musk and Tesla Dare Their Rivals to Challenge Them

The billionaire CEO has unshakeable confidence that Tesla will maintain its dominant market position.
1 DAY AGO
TheStreet

Electric vehicles have been running into resistance from Republican lawmakers even though Tesla CEO Elon Musk has expressed conservative views.
CALIFORNIA STATE・10 HOURS AGO
TheStreet