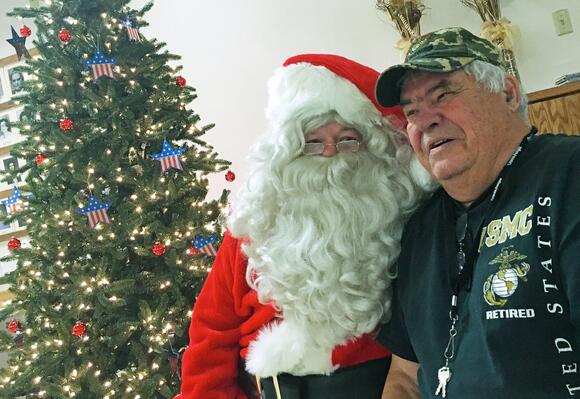 This year, “toys are scarce,” and demand is high, according to retired E7 Gunnery Sgt. Douglas Truman, the Rice County Toys for Tots coordinator.

In the State Bank of Faribault’s Toys for Tots donation bin, two bags of toys laid at the bottom Wednesday afternoon. T-mobile on Central Avenue in Faribault had just a few also.

Truman said this is not the norm for Faribault and Rice County.

He acknowledged the ongoing financial issues facing the working class, like inflation, the pandemic and stagnant wages. As the plague of poverty continues to rise from the lower class to the middle class, charity may be lower on people’s to-do lists this year.

Toys for Tots is a nationwide program that collects new, unwrapped toys for children in need. It was formed by Marine Corps Reserve Major Bill Hendricks and is celebrating its 75th anniversary in 2022.

Not just any child can sign up to get a toy from the program. To qualify, the kid must be 6 months to 14 years old, live in the county and be on the Women, Infants and Children Nutrition Program, receiving assistance from Rice County Social Services or have a child enrolled in the Three Rivers Head Start Program.

This year, Rice County Toys for Tots has 625 kids signed up to get toys. That’s a nearly 30% increase, compared to last year’s 492 kids.

In 2021, 394 kids received assistance services from the county, according to Rice County's Child and Family Services Division Manager Christine Sammon. In 2022, that number rose just over 30% to 525 kids.

In addition to toy donations, monetary donations are accepted to purchase toys that are needed but not donated.

Truman already has made a trip to the store to buy extra toys, and he expects he’ll have to again.

“I’ll meet the goal,” Truman said. “This year will pretty much wipe out my inventory. … I’m a little concerned, but not too concerned.”

A lack of donations isn’t the only issue though. The program is also “short on volunteers,” Truman said.

The volunteers help set up tables, count the toys and sort them by age group for distribution.

Volunteers can sign up and monetary donations can be made at faribault-mn.ToysForTots.org.

The last day for donations is Dec. 12. This year’s distribution will be on Dec. 13 and 14 at the Faribault Elks Lodge at 131 Lyndale Ave.

After Truman retired from the Marines in 1987, he came home and joined the Marine Corps League. When the former coordinator of the Rice County Toys for Tots passed away a decade later, Truman stepped up and took over.

Even after a quarter century in the position, this year’s situation has proven to be strange.

“(The community has) always been generous,” Truman said. “I know this year has been hard, but I want to make sure each child has a toy under the tree.”