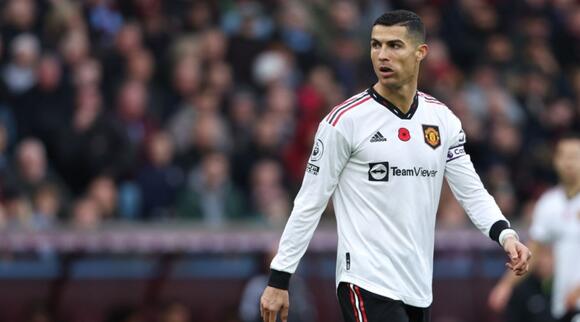 Manchester United manager Erik ten Hag has opened up on Cristiano Ronaldo's departure from the club for the first time.

Ronaldo was critical of Ten Hag during that 90-minute-long conversation and asserted that he had "no respect" for the United boss.

The 37-year-old, who was dropped by Fernando Santos as Portugal thrashed Switzerland 6-1 on Tuesday, is now a free agent and has been linked with a move to Saudi Arabian outfit Al-Nassr.

And Ten Hag has addressed Ronaldo's departure for the first time, as United's non-World Cup players arrived in Spain for a training camp.

"He's gone and it's the past. "We are now looking forward and we're looking to the future," he told MUTV .

United will resume their season against Burnley in the EFL Cup on December 21, before taking on Nottingham Forest in the Premier League six days later.

Ten Hag's side are currently fifth in the table as they target a top-four finish this term.

Several top clubs around Europe are interested in Jude Bellingham, but United are said to have "no chance" of winning the race for the midfield star.

The Red Devils have been dealt another transfer blow , with PSV set to raise the asking price for Cody Gakpo after his impressive form at the World Cup in Qatar.

As for Ronaldo, he has denied rumours that he is poised to join Al-Nassr, with the striker keen to prolong his career in Europe.

Could Manchester City be stripped of Premier League titles?

Manchester City boss Pep Guardiola has threatened to walk, as the Citizens are investigated for breaking Premier League rules
1 DAY AGO
FourFourTwo

Paris Saint-Germain have confirmed they are in talks with Lionel Messi over an extension, amid reports he could leave this summer
2 DAYS AGO
FourFourTwo

Leeds United have parted ways with Jesse Marsch, after a year of the American in the job
1 DAY AGO
FourFourTwo

Manchester City could replay entire seasons as punishment for alleged financial breaches, according to Premier League

Manchester City UNABLE to appeal sanctions to CAS, after being charged by Premier League with breaking financial rules

Manchester City will be unable to appeal their Premier League sanctions, after a charge of breaking financial rules, in the same way they did their UEFA charges
1 DAY AGO
FourFourTwo

An ex-financial advisor to the Premier League champions and current lawyer believes expulsion is justified, if the charges against them are proven
1 DAY AGO
FourFourTwo

Former Manchester United chairman Martin Edwards on the night the tide turned for the club and English football: ‘It felt as good as anything’

Fenway Sports Group are still looking for new investment in the Reds, and they could soon take a step closer to securing it
2 DAYS AGO
FourFourTwo

Manchester City have lost on all five of their visits to the Tottenham Hotspur Stadium, with no goals scored from 84 shots
2 DAYS AGO
FourFourTwo

"England were outstanding, we had to keep an eye on Gazza" – Lothar Matthäus remembers that night in Turin at Italia 90

Legendary World Cup winner Matthäus remembers that famous night in Turin in 1990, when England crashed out to West Germany on penalties
11 HOURS AGO
FourFourTwo