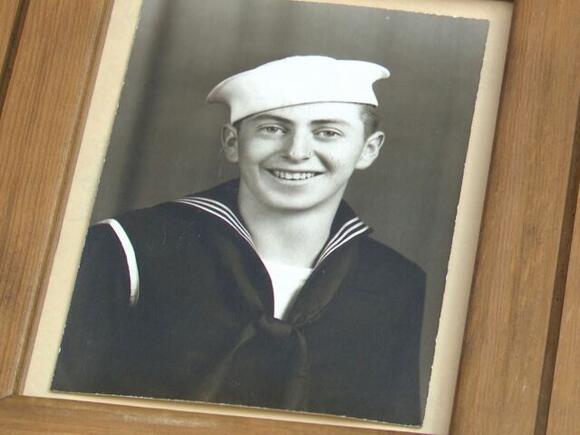 This Wednesday marks the 81 st anniversary of the attack on Pearl Harbor. The Friends of the Yellowstone National Cemetery held their annual Pearl Harbor Day Ceremony in Laurel, honoring vets who have died and those still living in the community, like Laurel resident Dale Lamphear.

Lamphear, 98, is one of the few remaining World War II vets left in Montana, and he still remembers his time in the Pacific like it was yesterday.

“I forget how many thousands of miles we put in on that thing in those couple of years and all the ammunition we fired,” Lamphear said on Wednesday.

The USS Pennsylvania carried Lamphear and hundreds of other servicemen across the Pacific, attacking Japanese forces in places like Guam, Saipan and the Philippines.

“The Japanese had airplanes on a lot of those little islands that hadn’t been wiped out so they would go down there, and there would be like 8, 110, 15 planes assigned to dive bomb us or torpedo us,” said Lamphear.

That’s just a glimpse of the harrowing experiences he and so many others endured. The USS Pennsylvania was torpedoed by Japanese forces in Okinawa, opening an approximately 30-foot hole in the ship.

“They were able to save that ship by the other ships coming alongside and using their pumps and hoses, and to pump the water out as it was coming in as the divers went around and sealed up the hole in the back of his ship,” said Lamphear’s son, Dale Lamphear Jr.

After two years and two months in the Navy, Lamphear was discharged. He ended up marrying his wife Emma nearly 75 years ago. He moved to Great Falls sometime later to work for the Great Northern Railway.

At one point, he was even mayor of Plentywood in eastern Montana for eight years. Now that Lamphear is retired, he reflects on the time he spent in the Navy and the people he met during one of the most tumultuous periods in American history.

“I can’t think of one person that I was in the service with that I had any close ties to that’s alive today. They’re all gone,” said Lamphear.

Among the semifinalists is The Backporch BBQ restaurant in Roundup, which has landed a spot in the Best New Restaurant category.
ROUNDUP, MT・3 DAYS AGO
Q2 News

After undergoing two surgeries in 367 days to remove brain tumors, a Laurel firefighter is now paying it forward by raising money for other brain cancer patients.
LAUREL, MT・6 HOURS AGO
Q2 News

The deep freeze often spells troubles for pipes and that's definitely the case in Laurel, as the CVS pharmacy on Southeast 4th Street is now closed after pipes burst.
LAUREL, MT・1 HOUR AGO
Q2 News

Details are thin, but Yellowstone County Sheriff Mike Linder confirmed at 7:30 p.m. that at least one person had been shot.
BILLINGS, MT・4 HOURS AGO
Q2 News

“There’s the thought that we want to do the marathon loop, you know connect the Rims to the river and get all that going so there’s plans in the works for all of that,”
BILLINGS, MT・2 DAYS AGO
Q2 News

The Petroleum Club charged, and continues to charge, a monthly fee for members to be able to dine at the restaurant.
BILLINGS, MT・4 DAYS AGO
Q2 News

The bridge was struck on Jan. 15--but this isn't the first time it was hit. And residents don't think it will be the last.
LAVINA, MT・3 DAYS AGO
Q2 News

What started as a love for the food truck scene and baked potatoes landed one Montana woman on the reality show The Blox, by BetaBlox.
MONTANA STATE・4 DAYS AGO
Q2 News

The two new stores would expand the footprint of the area's largest to seven stores in Billings and eight total in Yellowstone County.
BILLINGS, MT・5 DAYS AGO
Q2 News

Gusty winds stick around for now, especially closer to the mountains. But temperatures are already showing signs of warming.
BILLINGS, MT・4 HOURS AGO