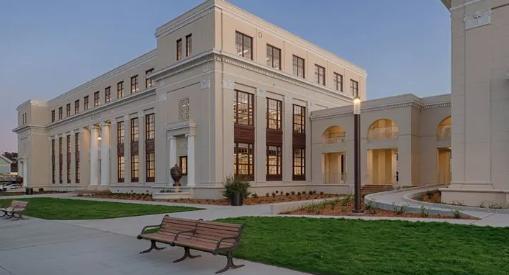 ALAMEDA, Calif. ( KRON ) – An unknown man entered a classroom at Alameda High School in California and touched a female student on Tuesday afternoon, according to the Alameda Unified School District (AUSD). It was one of two separate incidents at the school Tuesday that the district called “disturbing.”

The man walked into the classroom at about 3:00 p.m. The school district said he went up to a girl and touched her face before a teacher asked him to leave.

The intruder then came across two other girls in the hallway and asked if he could kiss them. The teacher followed him out of the room, and he left the building before the school could call for a shelter-in-place or lockdown.

The teacher continued to follow the man to a public transit station. Police officers with Bay Area Rapid Transit took pictures of the man, but he was not found. The Alameda Police Department is conducting an investigation to identify the man.

In the late morning Tuesday, a former Alameda High School student also came to campus and began acting “erratically,” according to AUSD. A group of students filmed the man and showed school staff.

Campus security found the man talking to a dance instructor in Kofman Auditorium. He then went to the front office, where Principal Robert Ithurburn took him into his office and another teacher identified him.

The Alameda Fire Department Care Unit removed the man from campus around noon. AUSD said the man had alluded to students being afraid he would “shoot up the school” years ago.

Alameda police are investigating both incidents. Anyone with information is asked to call the Alameda Police Department at (510) 337-8340.

Authorities say Chunli Zhao, 66, shot and killed four workers and wounded a fifth employee Monday at California Terra Garden. He then went to nearby Concord Farms, where he had worked previously, and fatally shot three former co-workers.
HALF MOON BAY, CA・2 DAYS AGO
YourCentralValley.com

Truck falls into sinkhole days after another vehicle fell in

(KTXL) — A truck bypassed ‘Road Closed’ signs and fell into a sinkhole near Tracy, just two days after another vehicle did the same thing at the same sinkhole, according to the California Highway Patrol. “This was 100% preventable…the signs are clear, visible and unobstructed,” the CHP said in a Facebook post. The incident happened […]
TRACY, CA・20 HOURS AGO