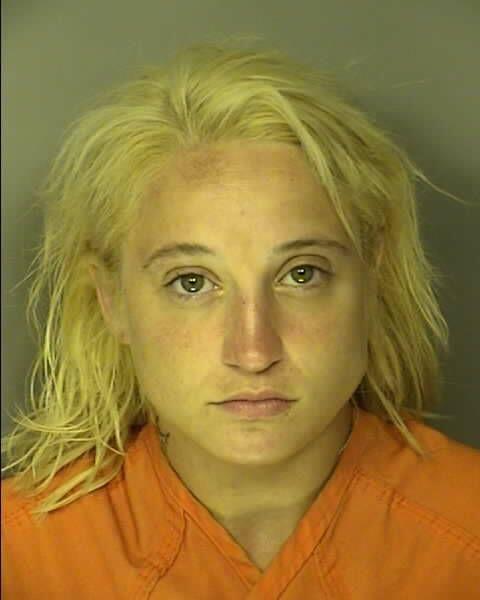 WILKES-BARRE — A woman from Columbia County who helped her boyfriend, Robert Vargo, flee the area after he escaped from a work detail while an inmate at the Luzerne County Correctional Facility was ordered to pay more than $1,000 to cover the cost of her extradition.

Lupas also ordered Saxer to pay the district attorney’s office $1,407 to replenish the cost to extradite her from South Carolina in July.

Saxer was accused by county detectives of aiding the escape of Vargo, 25, of Berwick, who walked away from a work detail while he was an inmate at the county correctional facility on July 17.

Detectives in court records say Vargo planned his escape, calling it “2.0,” making jailhouse phone calls to Saxer in the days leading up to his flight.

Vargo and Saxer were apprehended nearly 700 miles away by the U.S. Marshals Service Fugitive Task Force in the Barefoot Landing area near Myrtle Beach, South Carolina, on July 20.

Vargo pled guilty to escape Oct. 14 and is scheduled to be sentenced Dec. 27.

In an unrelated case, Vargo was indicted by a federal grand jury in October on allegations he threatened President Joseph Biden, U.S. District Court Judge Robert D. Mariani and Congressman Bennie Thompson, D-Miss., who is chairman of the Select Committee to investigate the Jan. 6 attack on the U.S. Capitol.

Federal prosecutors alleged Vargo made the threats in a letter that was mailed while he was jailed at the county correctional facility.

WHITE HAVEN — A man from Freeland was arraigned Thursday on allegations he robbed the Exxon Mobil service station in White Haven, his se
WHITE HAVEN, PA・10 HOURS AGO
Times Leader

WILKES-BARRE — A man from Plymouth claimed he had the right to fire a warning shot because it was “in the bylaws.”
PLYMOUTH, PA・10 HOURS AGO
Times Leader

WILKES-BARRE — An autopsy on the body of an inmate at Luzerne County Correctional Facility revealed she took her own life. Di
LUZERNE COUNTY, PA・3 DAYS AGO
Times Leader

WILKES-BARRE TWP. — Township police are seeking the public’s assistance in an attempt to identify two men suspected to be in an or
WILKES-BARRE TOWNSHIP, PA・4 DAYS AGO
Times Leader

25 finalists, 3 alternates chosen for Luzerne County and Beyond Got Talent

The committee for Luzerne County and Beyond Got Talent 2023 has announced the 25 finalists who will showcase their skills on March 26 at the F
LUZERNE COUNTY, PA・19 HOURS AGO
Times Leader

Over 800 PPL customers in Luzerne County without power

Nearly 900 customers around Luzerne County were without power at one point Wednesday evening, according to the PPL Electric website.
LUZERNE COUNTY, PA・1 DAY AGO
Times Leader

It’s ironic that for over 40 years I never penned a letter to the editor, yet this is now my second in three months. Maybe it
LUZERNE COUNTY, PA・3 DAYS AGO
Times Leader

Luzerne County Election Board member Danny Schramm said Monday he has requested a special meeting to withdraw his support for a recent change
LUZERNE COUNTY, PA・3 DAYS AGO
Times Leader

Porfirio resigns from Wyoming Area board

EXETER — Paul Porfirio submitted his letter of resignation from the Wyoming Area School Board to be considered at Tuesday’s monthl
WYOMING, PA・2 DAYS AGO
Times Leader

Tired of ads? Subscribers enjoy a distraction-free reading experience. While most of the Wyoming Valley was spared from significant snow totals and hazardous conditions after Wednesday morning’s snowfall, many events around Luzerne County were still canceled or moved back out of an abundance of caution. The National Weather Service’s...
LUZERNE COUNTY, PA・2 DAYS AGO
Times Leader

KINGSTON — A Page Avenue home in the process of being renovated caught fire on Tuesday afternoon. Crews from Kingston/Forty-Fort and Edwardsville were called to fight a working fire at 155 Page Ave. in Kingston around 3 p.m. Tuesday. Kingston/Forty-Fort fire chief Frank Guido said that initial responders encountered...
KINGSTON, PA・3 DAYS AGO
Times Leader

Tired of ads? Subscribers enjoy a distraction-free reading experience. Graduates of Penn State Hazleton’s practical nursing program marked the successful completion of the program during a ceremony on Friday, Dec. 19, in the Dr. Thomas M. Caccese Gymnasium in the Physical Education Building. The class of 22 students completed...
HAZLETON, PA・2 DAYS AGO