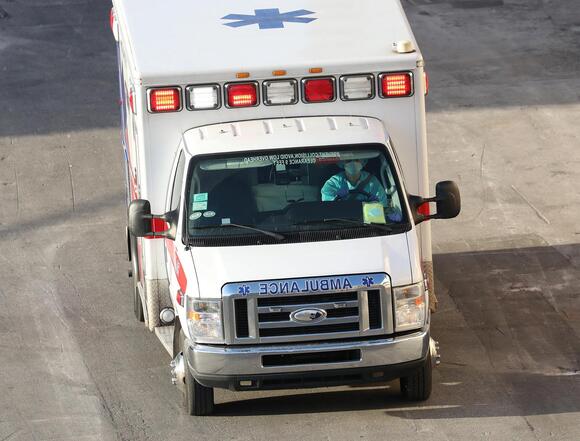 ROXANA, Ill. (AP) — A contractor died after a crane overturned at a refinery in an Illinois suburb of St. Louis, a coroner said Tuesday.

Crabtree was a project manager for Sterett Crane & Rigging, a subcontractor at the refinery, Nonn said.

During the operation of the crane, a mechanical malfunction occurred and caused the crane to overturn, Nonn said.

Crabtree sustained head trauma, he said. An autopsy was scheduled for Wednesday.

A second man operating the crane was also injured and transported to a hospital, Nonn said.

The incident remains under investigation by the Roxana Police Department and workplace safety investigators, Nonn said.

John James Audubon: ‘The nearest thing American art has had to a founding father’

Audubon was one of two Americans elected a Fellow of the Royal Society of London, which was the top scientific organization of its day. The other American chosen was Benjamin Franklin.
HENDERSON, KY・1 DAY AGO
FOX 56

What would happen if a space rock crashed into Lexington? Kentucky? Find out with this simulator

What would you do out of boredom? How about crushing St. Louis or a town of your choice with a giant meter and learning about the results?
SAINT LOUIS, MO・7 DAYS AGO
FOX 56

The Henderson Police Department said they have experienced a dramatic increase in overdose calls in the last two days.
HENDERSON, KY・15 DAYS AGO
FOX 56