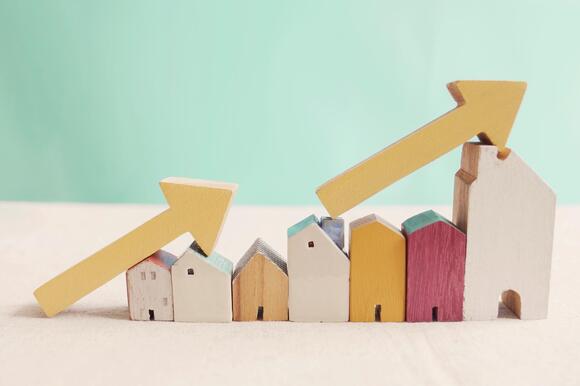 SALT LAKE CITY ( ABC4 ) – Utah’s housing prices have increased at a faster rate than the national average since 2000.

A house that would have cost $190,000 in 2000 now costs $560,000, which is about a 200% increase. However, the national average has gone up 150%, said Matt Brannon , a data writer for Clever Real Estate . He has worked on several different studies about the housing crisis in the United States.

“It’s not that Utah is vastly outpacing the nation, but it is one of the ten fastest-growing metro areas in the U.S. High and demand has a lot to do with it, [as well as] not meeting supply,” Brannon said.

Many areas were struggling with housing supply, and that need is exacerbated by investment companies coming in and buying large portions of homes, especially single-family homes.

“It lowers the available pool for people to buy from. This outlet cited that about 27% of home sales in Utah in 2021 were associated with investors. It’s something that makes buying a home that much harder for the next generation,” Brannon said.

A fact that’s becoming increasingly difficult since fewer starter homes are being constructed. In the 1980s, 40% of homes were starter homes. Now that number is just 7%.

However, Brannon doesn’t think building your own home is necessarily a good idea either, despite some potential homeowners already exploring that avenue.

“We did a study, too, on that last year. We still found that 66% of people who bought new construction homes had regrets, and 26% said that they would have rather bought existing homes. 90% said they had delays and 90% said it ended up being more expensive,” Brannon said.

In 2020, the share of homes being built across the country was at an all-time low in the nation’s history since the figures were tracked in the 1960s. It’s because building became harder, the cost of lumber sky-rocketed and the supply chain demands were too complicated. Brannon doesn’t think there’s an easy-fix solution.

“It’s going to take a lot of attention from government officials and other stakeholders to really be a little more deliberate in terms of tackling this issue because it’s not getting any easier. And it’s making things harder for everyday Americans,” Brannon said.

Utah State Rep. Ken Ivory, District 39, has filed a resolution for Utah to join the states calling for term limits on members of Congress.
UTAH STATE・5 HOURS AGO
ABC4

This Utah sinkhole hits coldest temp in the US

As weather in Utah continues to reach low temps, the coldest location was Peter Sinks. This sinkhole was the coldest place in the country Jan. 30, 2023.
UTAH STATE・1 DAY AGO
ABC4

Advocates are coming together to call on state leaders to invest in programs instead of tax cuts.
UTAH STATE・2 DAYS AGO
ABC4

School districts north of Utah have announced a two-hour delay to their schedules for Tuesday, Jan. 31, due to extreme cold.
LOGAN, UT・22 HOURS AGO
ABC4

Fall Out Boy is set to bring their 2023 headline tour, So Much For (Tour) Dust, to West Valley City this summer with Bring Me The Horizon as one of the supporting acts.
WEST VALLEY CITY, UT・59 MINUTES AGO
ABC4

The American Civil Liberties Union of Utah is considering suing the State of Utah over a new law that prevents people under the age of 18 from receiving gender-affirming care such as puberty blockers and transgender surgeries.
UTAH STATE・21 HOURS AGO
ABC4

Utah's abortion law is not enough, according to Rep. Kera Birkeland (R-Morgan). She introduced a bill last week that would increase restrictions; and her sister, a sexual assault survivor, is opposing her.
UTAH STATE・1 DAY AGO
ABC4

The ACLU of Utah on the legislative session

The ACLU of Utah is concerned about a series of bills addressing transgender youth and a resolution on court injunctions.
UTAH STATE・2 DAYS AGO
ABC4

A Utah couple known for uncovering a new dinosaur species and the best-preserved tyrannosaurus skull in the area displayed the fossils during this year's DinoFest.
UTAH STATE・3 HOURS AGO
ABC4

SALT LAKE CITY (ABC4) – It’s a bone-chilling start to the work week with the coldest temperatures of the season felt early this morning.  Overnight lows were down to -30 in Logan this morning, with a wind chill of -47 degrees at 7:05 a.m. Temperatures along the Wasatch Front dropped into the single digits with wind […]
UTAH STATE・1 DAY AGO
ABC4

As Utah's U.V. index rises, you may need to start applying sunscreen: but don't apply this recalled sunscreen by Banana Boat.
UTAH STATE・6 HOURS AGO
ABC4

The National Weather Service has issued several Wind Chill Warnings for Utah due to the arrival of arctic air blowing through the state. Temperatures will already be cold, but with the wind, things could get very unsafe if you're not careful.
UTAH STATE・1 DAY AGO
ABC4

The United States District Court in Utah has ordered $10.55 million in damages to be awarded to the family of a Ugandan human rights activist killed in Arches National Park in 2020.
UTAH STATE・1 DAY AGO
ABC4

After overnight snow showers, we see showery activity dwindle through Saturday, with another storm system targeting the state on Sunday.
UTAH STATE・3 DAYS AGO
ABC4

Utah is ranked as the second healthiest population in the U.S. following Hawaii.
UTAH STATE・6 DAYS AGO
ABC4

With the near-constant stream of snowstorms coming through our mountains, the numbers keep going up and up.
UTAH STATE・5 DAYS AGO
ABC4

Bone-chilling temperatures hanging on into Wednesday

We kick off another stretch of active skies in Northern Utah thanks to a series of weather systems moving through our region.
UTAH STATE・4 DAYS AGO