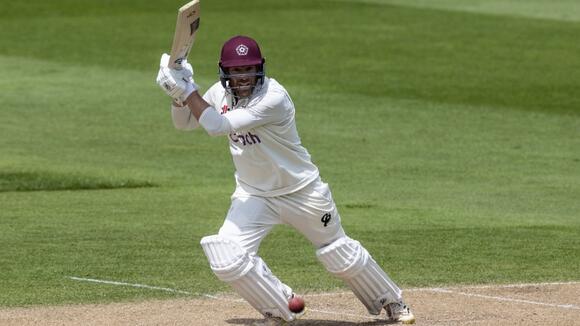 Luke Procter has been appointed Northamptonshire's County Championship captain for 2023. The 34-year-old allrounder replaces Ricardo Vasconcelos after he relinquished the role midway through last season, with New Zealand overseas signing Will Young then taking the reins.

In their first season back in Division One since 2014, Northants finished sixth in the table to retain top-flight status. Procter was the team's leading run-scorer, with 961 runs at 53.38.

"Luke is a leader in the dressing room and a winner, he has a brilliant cricket brain and is the sort of character that will lead by example and others will follow him," Northants head coach, John Sadler, said. "I'm really excited to be working closely with him moving forward into next season and beyond.

"His standards on and off the field are superb and he will certainly have the backing of the dressing room."

Sadler also confirmed that wicketkeeper batter Lewis McManus, who has signed permanently from Hampshire, will take the role of vice-captain in Championship cricket. Josh Cobb will continue to captain Northants in the T20 and one-day competitions.

"Lewis is a leader in his own right and has fitted into the club seamlessly since he joined us," Sadler said. "His standards and professionalism are impeccable, he'll be a brilliant right-hand man for Proc."

Procter, 34, joined Northants from Lancashire at the end of the 2017 season, and has been virtually ever-present in red-ball cricket.

"I'm incredibly honoured to be asked to captain Northamptonshire in the County Championship." Procter said. "I've been at the club for a few years now so it's a really proud moment for me to take on this new challenge.

"The lads were brilliant last season, we showed we're here to fight hard and compete and I'm looking forward to leading this group in 2023. We know it will be tough, it's Division One so it's meant to be hard, but there's so much talent in this squad and we're up for the fight for sure."

But, spin under the scanner? These and other takeaways for South Africa from their 2-1 ODI series win against England
8 HOURS AGO
ESPN

In the absence of Boult and Southee, Ferguson has been leading the scouting meetings among bowlers and says "everyone's voice is very much heard"
2 DAYS AGO
ESPN