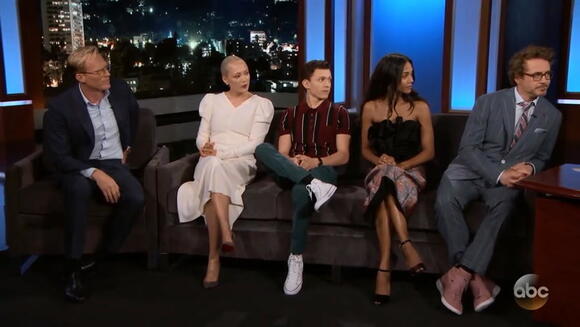 The Pulp Fiction filmmaker spoke out against the “Marvel-isation of Hollywood” in an interview last month, claiming that there weren’t any “movie stars” coming through anymore .

“Part of the Marvel-isation of Hollywood is… you have all these actors who have become famous playing these characters,” he said. “But they’re not movie stars. Right?

“Captain America is the star. Or Thor is the star. I mean, I’m not the first person to say that. I think that’s been said a zillion times, you know, but it’s like, you know, it’s these franchise characters that become a star.”

Now, Iron Man star Downey has addressed the comments in an interview with Deadline .

“I think that creatively it is a waste of time to be at war with ourselves,” he said. “Throwing stones one way or another… and I’ve had my reactions in the past when people said things that I felt were discrediting my integrity… I go, ‘You know what, let’s just get over it.’

“We’re all a community. There’s enough room for everything and thank God for Top Gun: Maverick and Avatar: The Way of Water . That’s all I have to say.”

Downey played Tony Stark in 10 films across the Marvel Cinematic Universe, starting with Iron Man in 2008 and ending with 2019’s Avengers: Endgame . 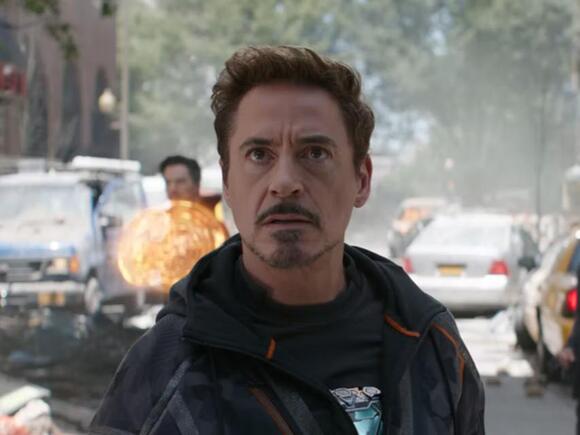 “I think that we are in a time and place that I unwittingly contributed to, where IP has taken precedence over principle and personality,” he said, adding that the issue was “a double-edged sword”.

“A piece of IP is only as good as the human talent you get to represent it and you can have some great IP even if it’s coming from an auteur or a national treasure of a writer-director, and if you don’t have the right kind of artist playing that role, you’ll never know how good it could have been,” he continued. 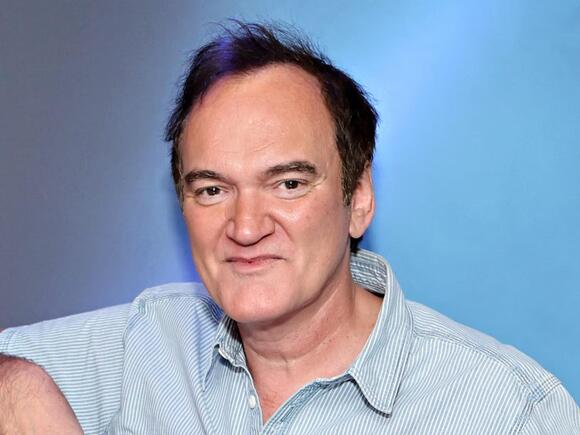 In an interview with The Independent , “Sr.” director Chris Smith spoke about the late Downey Sr’s reaction to his son’s Marvel success.

“I definitely think there were films that [Downey Sr] didn’t care for,” Smith says. “And I think, as Robert would openly admit, his dad wouldn’t hide his disdain if there was something he didn’t like.

“But, you know, when we asked him about the Marvel movies – about Iron Man in particular – I remember he loved it. He was like, ‘You have a guy who wants to give up his weapons!’ I think he was really proud, to be honest.”

Kevin Costner’s Yellowstone will be coming to an end and the actor’s future with the show is up in the air, RadarOnline.com has learned. Earlier today, Deadline broke the story, Paramount + and Yellowstone creator Taylor Sheridan have come up with a plan to end Yellowstone. The parties have decided to launch a Matthew McConaughey-lead spin-off which will continue with the majority of the cast. Sources revealed that Costner has been refusing to commit to a lengthy shooting schedule. Deadline said that Costner originally had agreed to 65 days of shooting for the show. However, for the first part of...
23 HOURS AGO
The Independent

Andrew Schulz says that Jonah Hill and Lauren London’s kissing scene in You People was created entirely on CGI. The film, which was released last month, follows the story of Hill’s Ezra and London’s Amira as they enter into a relationship.The duo attempt to navigate a complicated world of societal expectations due to their racial differences. The film also stars Eddie Murphy, Julia Louis-Dreyfus, David Duchovny, Nia Long, and Schulz, who plays cousin Avi.During one scene in the film, Ezra and Amira lean in for a kiss as flower petals fall from above.Speaking of the moment, Schulz said: “I...
15 HOURS AGO
The Independent

Leonardo DiCaprio has sparked yet another rumour that he is dating a woman many years younger than he is, after pictures emerged of him attending a party with 19-year-old Israeli model Eden Polani.Now, social media users have added a strange new context by comparing the alleged 29-year age gap between DiCaprio and Polani to Pedro Pascal’s age gap with his The Last Of Us co-star Bella Ramsey.Neither DiCaprio nor Polani have confirmed if they are in a relationship. The Don’t Look Up star has previously been criticised for never publicly dating a woman over the age of 25.But Twitter...
7 HOURS AGO
The Independent

‘Hope it was worth it’: Janelle Monae calls out fan for critiquing her Grammys outfit

Janelle Monae has called out a fan for their comment on her Grammys appearance.The singer and actor, who recently appeared in Glass Onion, attended the 2023 Grammys ceremony in Los Angeles on Sunday (5 February).Following the event, one of Monae’s fans commented on her outfit – and poked fun at the singer’s previous wardrobe choices in the process.“Janelle Monae finally showing off how fine she is instead of dressing like the monopoly man,” they wrote.Monae, noticing how many likes the tweet was receiving, replied: “No new music just for this.”As the tweets continued to rack up the likes, Monae...
LOS ANGELES, CA・11 HOURS AGO
The Independent

Lorraine Kelly says she feels that Madonna “doesn’t really look like herself” following her recent appearance at the Grammys.The singer, 64, made an appearance at the 65th Grammy Awards on Sunday (5 February) night, where she introduced Sam Smith and Kim Petras for their rendition of chart-topper “Unholy”.However, some viewers at home claimed that Madonna looked “unrecognisable” during the segment.Discussing the singer’s new look on Tuesday (7 February) morning’s episode of Lorraine, Kelly said that it was a “shame” the singer had changed her appearance.“She doesn’t really look like herself,” said the Scottish presenter.“I just think it’s a little...
13 HOURS AGO
The Independent

Fawlty Towers to be rebooted by John Cleese and his daughter

Classic sitcom Fawlty Towers is set to be rebooted by John Cleese and his daughter, Camilla Cleese.The Monty Python’s Flying Circus actor, who starred in the original series as irascible hotel owner Basil Fawlty, is making the new series in collaboration with Spinal Tap filmmaker Rob Reiner.Both Cleese and his daughter will write and star in the revival, which is currently in development.According to Deadline, the series will “explore how Cleese’s over-the-top, cynical and misanthropic Basil Fawlty navigates the modern world”.“John Cleese is a comedy legend. Just the idea of working with him makes me laugh,” Reiner said.As well...
4 HOURS AGO
The Independent

Jennifer Lopez has said she had the “best time” with husband Ben Affleck at the 65th annual Grammy Awards.It comes after the actor became a meme for his under-enthusiastic expressions during the big event on Sunday night (5 February).Lopez posted a video montage on Instagram including clips and photos of the couple looking glamorous at the Grammys together.She wrote in the caption: “Always the best time with my love, my husband.”The “Let’s Get Loud” singer and Hollywood actor presented the award for best pop vocal album to Harry Styles at the star-studded event in Los Angeles.But fans took notice...
LOS ANGELES, CA・14 HOURS AGO
The Independent

Voices: Leonardo DiCaprio keeps getting older, but his girlfriends stay the same age

Leonardo DiCaprio is rumored to be dating a 19-year-old model named Eden Polani, proving once again that this infamous Reddit graph charting the age progression of his previous girlfriends reigns true.In case you missed it, DiCaprio was recently spotted with the French-Israeli model at singer Ebony Riley’s release party for her new EP – you know, where all modern romances begin these days. The internet instantly erupted in flames as people pointed out once again that DiCaprio is seemingly afraid of dating women over the age of 25.For the lucky ones who are unaware of DiCaprio’s relationship history, grab a...
3 HOURS AGO
The Independent

Dwayne Johnson shares how he surprised Adele ‘authentically’ at the Grammys

Dwayne “The Rock” Johnson has revealed how he managed to genuinely surprise Adele at the Grammys.During Sunday (5 February) night’s award ceremony, the “Easy on Me” singer was left speechless when host Trevor Noah brought out Johnson, who greeted her with a warm embrace.“This is one of the strangest things I found out,” Noah said in his opening monologue. “The person that Adele has always wanted to meet, but never has, is Dwayne Johnson… I found out he’s a huge fan of yours, too.”Speaking with Variety after the ceremony, Johnson shared that “we wanted to do something special for...
3 HOURS AGO
The Independent

Rita Ora has spoken out about keeping her marriage to Taika Waititi “super private”, months after the pair secretly tied the knot.The 32-year-old singer addressed how she’s kept her relationship under wraps during Tuesday’s episode of The Drew Barrymore Show. Her comments come weeks after she confirmed that she was married while promoting her new single, “You Only Love Me” on Heart Radio Breakfast.“I got married,” she said. “I can’t believe I can say it. It’s so interesting to me because I loved the whole experience, but I kept it super private for a bit. Just kept it to...
3 HOURS AGO
The Independent

The Super Bowl is advertising's biggest, glitziest stage. Big name advertisers from Netflix to Google are paying as much as $7 million for a 30-second spot during the big game on Sunday, in order to capture the attention of the roughly 100 million viewers who tune in each year. In order to get as much as a return on investment for those millions, most advertisers release their ads in the days ahead of the big game to get the most publicity for their spots. In the ads released so far, actor Miles Teller dances to customer-service hold music for...
3 HOURS AGO
The Independent

Netflix viewers have called on others to help the streamer’s “underrated” Lockwood & Co land a second season. Despite minimal press and promotional content, the eight-episode detective fiction has managed to secure the No 2 spot on Netflix UK’s Top 10 watchlist, having arrived on the platform on 27 January.Based on British author Jonathan Stout’s supernatural book series of the same name, the show follows Lucy (Ruby Stokes), a girl with psychic abilities. Lucy joins the ghost-hunting agency Lockwood & Co, which is run by teenagers Anthony (Cameron Chapman) and George (Ali Hadji-Heshmati).Together, without adult supervision, the trio battle...
1 DAY AGO