9 in 10 Americans support the hospital price transparency rule–but it’s not working. Congress must come together to make it a reality 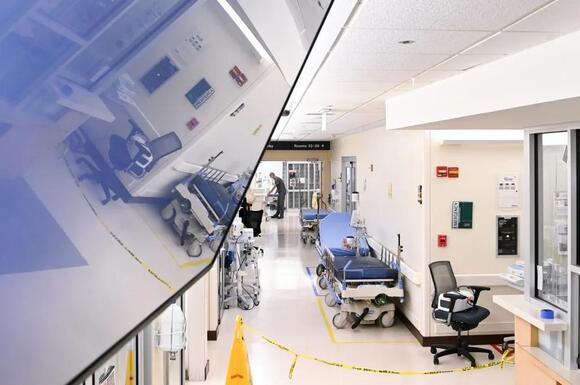 Yet prices continue to spiral out of control. This month, the Labor Department announced health insurance costs increased by 20.6% over the last year, nearly three times the overall elevated inflation rate. Experts predict care and coverage expenses will accelerate even faster next year.

What happened? The rule has only just come into force, but its effectiveness has been corrupted by widespread hospital noncompliance, the lack of price disclosure standards, and hospitals' exploitation of a price estimator loophole.

The new Congress can make the rule work as intended by passing legislation to hold hospitals accountable for hiding their prices from American consumers.

The price transparency rule requires hospitals to publish online their discounted cash prices and negotiated insurance rates by plan. Armed with this information, health care consumers, including employers and unions, can shop for the best quality care at the lowest possible prices. They can substantially reduce their health care costs through choice and competition.

Price [hotlink]discovery[/hotlink] is especially important in health care given the rampant price gouging and well-documented wild price fluctuations for the same care, even at the same hospital. At one [hotlink]California[/hotlink] hospital, the price of a C-section ranges from $6,200 to $60,600. A recent study published in the journal Radiology finds CT scan prices can vary from $134 to $4,065 at the same hospital. Actual prices empower consumers to avoid such overcharging in favor of fair market alternatives.

When prices are known upfront, no consumer will tolerate paying 10 times more than the patient in the bed next to them for the same care. Employers, who provide most Americans with health coverage, can steer their employees to less expensive alternatives and share ensuing savings in the form of higher wages at a time they're needed most.

Consider the union SEIU 32BJ, which represents approximately 200,000 building services workers across the Northeast. It recently dropped NewYork-Presbyterian from its health plan due to the hospital's price gouging. For instance, the hospital charged its members an average of $10,368 for outpatient colonoscopies versus $2,185 at the city’s public hospitals. The union saved roughly $30 million as a result of this move, according to its health fund director Cora Opsahl. It used the funds to give members their largest pay increases in history, as well as $3,000 bonuses. Robust hospital price transparency will make it easier for other unions and employers to follow suit.

Unfortunately, most hospitals are willfully ignoring the rule in order to continue profiteering off patients by keeping them in the dark about prices. According to a recent study by PatientRightsAdvocate.org, only 16% of hospitals nationwide are following it.

The Centers for Medicare & Medicaid Services (CMS) has facilitated this widespread hospital noncompliance through a lack of enforcement. To date, it has only fined two hospitals out of the thousands nationwide that are violating the rule. Yet even this meager response shows the power of enforcement. The two penalized hospitals quickly became compliant and posted exemplary pricing files.

Hospital price disclosures that do exist often come in a variety of formats and file types that make it difficult for third-party tech innovators to aggregate the information in easy-to-use web applications similar to Kayak or [hotlink]Expedia[/hotlink]. For instance, some hospitals publish their prices using abbreviations or percentages. Some post files in TXT format and others in JSON. As a result, patients and employers can't easily shop online for care as they do for other services.

Another factor limiting the rule's effectiveness is hospitals' use of a provision that allows them to post estimates instead of actual prices. Price estimates are transparency-washing. They prevent price comparisons because they provide no accountability for final bills that are far higher.

For instance, Dani Yuengling, a patient in South Carolina, received a $1,800 estimate from a local hospital for a breast biopsy. But her actual bill was $8,424, $5,170 of which she owed out of pocket. Only actual prices empower consumers to compare and substantially save with peace of mind that the final bill will match the quoted price.

The new Congress can still fulfill the original promise of the price transparency rule by codifying it into legislation with a robust enforcement mechanism to boost hospital compliance. Congress can also make it more effective by requiring consistent data disclosure standards and eliminating the price estimator loophole.

Health care price transparency is supported by an overwhelming bipartisan supermajority of nearly 90% of Americans–and the last four presidential administrations. The divided Congress can come together and put good policy ahead of partisanship by making the price transparency rule a reality.

Cynthia A. Fisher is a life sciences entrepreneur, founder, and chair of PatientRightsAdvocate.org, and the founder and former CEO of ViaCord Inc.

The opinions expressed in Fortune.com commentary pieces are solely the views of their authors and do not necessarily reflect the opinions and beliefs of Fortune .

Immigrants will make up for the lag in new births in the U.S. in the coming decades, a recent government report predicts.
4 DAYS AGO
Fortune

Doctors and patients are sold on telehealth. Congress is still unsure about its long-term future

Billionaire investor Ray Dalio says the U.S. debt limit is a ‘farce’ it ‘works like a bunch of alcoholics who write laws to enforce drinking limits’

While the Congress scrambles to reach an agreement on the debt ceiling, billionaire investor Ray Dalio writes that "there is no debt limit."
WASHINGTON STATE・3 DAYS AGO
C. Heslop

Inflation has reduced the value of social security benefits to recipients. But there will be further cuts in the long run. Experts say the increasing needs of seniors are burdening small benefit reserves. Americans are living longer because of lower lifestyle risks. Life expectancy was 47 years in 1900 and it was 76 in 2021.
2 DAYS AGO
CNET

Social Security 2023: Here's When You Can Expect Your February Check to Arrive

Fully remote roles are taking a backseat to "remote-first" jobs.
4 DAYS AGO
Fortune

Russia's war in Ukraine is piling on pressures that threaten a crisis in global food supply.
3 DAYS AGO
Fortune

Ultra-rich Bryan Johnson sees a team of 30 doctors for regular, and sometimes invasive, tests to make him biologically younger.
3 DAYS AGO
Fortune

Despite a dip in job security, workers are not willing to forgo flexibility and work-life balance, according to Randstad's research.
4 DAYS AGO
Fortune

He claims to have made $8 million in just 6 years.
ARIZONA STATE・2 DAYS AGO
Fortune

Worker disconnectedness is on the rise in the U.S., and some employees are feeling more disengaged than others.
4 DAYS AGO
Fortune

‘My home is messy’: Organizing queen Marie Kondo has given up on perfect and says she has a new approach

Three kids mean a decluttered life is hard to maintain.
2 DAYS AGO
Fortune

Bill Gates, seen here at the Australian Open on Thursday, considers China's rise a net positive. Bill Gates sees China’s rise as a “huge win for the world.” But he knows that not everyone shares his view. Speaking this week at the Lowy Institute, a think tank...
WISCONSIN STATE・3 DAYS AGO
Fortune

In an interview, Lauren Sánchez, Bezos's partner, revealed he advises bosses to talk last in meetings so no one is influenced by their opinion.
3 DAYS AGO
Fortune

Long-awaited change gets a timeline.
4 DAYS AGO
Fortune

All bosses ‘secretly’ want workers back in the office—but they’ll have to wait years, major business group leader says

He said the world of work has “gone totally crazy.”
2 DAYS AGO
Fortune

CH.1.1 is an Omicron with a concerning Delta mutation—not quite a "Deltacron," but still potentially concerning, experts say.
2 DAYS AGO
Fortune

Chinese electric vehicle companies are racing ahead on every front, and they may be the biggest threat to Tesla's dominance.
3 DAYS AGO
CNN

Fewer than one-third of Americans believe that House GOP leaders are prioritizing the country's most important issues, according to a new CNN Poll conducted by SSRS. Neither party's congressional leadership earns majority approval, and Republicans are particularly likely to express discontent with their own party leadership.
3 DAYS AGO
Fortune

The number of years an employee stays at one job hasn't changed much in the past 40 years.
3 DAYS AGO