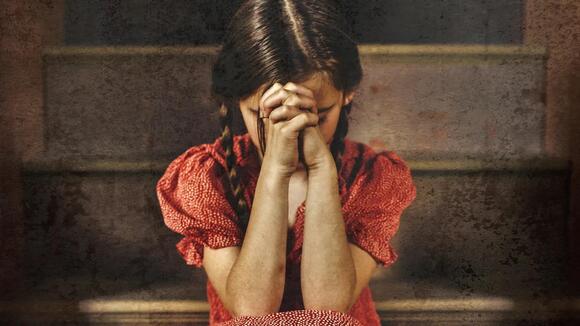 Thanksgiving and Christmas are two holidays that focus on family and celebrate togetherness. Yet, for children abandoned by their parents, holidays are a potent and painful reminder of all that is missing. Child abandonment may be intentional, such as willingly surrendering a child to foster care, or imposed and enforced by courts. Either way, when children are raised without consistent psychological and physical protection from adults, they inevitably internalize a substantial amount of fear and shame. The painful message that may take a lifetime to heal is, “You are not important. You are not worthy of love.”

For some, early abandonment may have devastating consequences, including failure to thrive, developmental delay, low self-esteem, depression and aggression. Even with the presence of engaged foster parents, they may persist in feeling unloved and unwanted. They may strive to please others, or they may deliberately misbehave to receive the attention they crave. They may withdraw from people and appear indifferent, despite an urgent desire to belong. They may be afraid of emotional closeness and shun connection, for fear of further loss. Sadly, they are at risk of repeating these patterns of behavior throughout the rest of their lives.

Even with foster placement and eventual adoption, the process may leave children with a belief in the impermanence of relationships as they repeatedly witness well-meaning caretakers come and go. For vulnerable children, the conviction takes root that they ultimately only have themselves to count on, leaving their future adult relationships at significant risk of ever achieving stability. The engaging novels below poignantly highlight these very issues.

"Vera," by Carol Edgarian, is a vivid, poignant and engrossing story about the unwanted daughter of a brothel madam. Vera Johnson is a 15-year-old survivor of the famous 1906 San Francisco earthquake that leveled her beloved, albeit corrupt, city. Vera was given away as a toddler by madam Rose, who runs the most famous bordello in San Francisco. Vera is raised by a somewhat dour but mild-mannered Swedish woman, alongside her own beautiful daughter named Pie. But as is often the case, Vera grows up wanting more than she is wanted, and holds a passionate desire to belong somewhere. When earthquake and fire level the city, Vera must rely on her courage, wry humor, grit and intelligence to find allies to survive the devastation. Will Vera survive and succeed in finding her place in the sun?

'The Chanel Sisters: A Novel'

"The Chanel Sisters: A Novel," by Judithe Little, is a riveting, multilayered and historically rich story of the relationship between Coco Chanel and her younger sister, Antoinette.

There are three Chanel sisters, Julia-Berthe, Gabrielle (Coco) and Antoinette whose childhood begins in 1897 and becomes truly onerous after their mother dies and their father, a wandering peddler, turns the girls over to a convent orphanage. They endure an austere upbringing by nuns that focuses on strict obedience, developing sewing skills and preparing them for simple lives as wives of farmers and shopkeepers if they are lucky. But the girls believe they are destined for more and try to keep this dream alive, along with the hope of their father’s return. By 18, they are forced to struggle in a society on the brink of war, which neither welcomes nor supports them as they desperately try to claw their way out of poverty. This story will have you rooting for these determined women as they strive for stability, career success, a sense of belonging and something “more.”

"The Orphan Collector," by Ellen Marie Wiseman, is a breathtakingly powerful, highly emotional and ultimately inspiring story of loss and love during the deadly 1918 global flu outbreak.

Thirteen-year-old Pia Lange lives with her German mother and twin baby brothers in Philadelphia’s slums, while her father is fighting in the war. When the war ends, a new threat arrives, the Spanish flu, causing widespread death and havoc. When the flu lands on Pia’s family's doorstep, the young girl is forced to risk her survival to venture out alone to find formula and food, leaving her baby brothers home alone. When a bitter, grieving, neighboring widow, Bernice Groves, spies the babies alone she steals them and formulates a plan to transform the city’s orphans and immigrant children into “true Americans.” After collapsing in the street, young Pia is taken to an orphan asylum and not allowed to return home. Wracked with fear and guilt, she begins an arduous journey to find her missing brothers and ultimately put an end to Groves' heinous mission.

Book Smart is a monthly column by Nancy Harris, of Scituate, a practicing psychologist and a former instructor of psychology at Harvard Medical School.

We adopted our son from an orphanage in Hong Kong. Later, we found out about his best friend, so we adopted him, too.

After adopting a boy with severe medical issues, the family found out his best friend was still in need of a family. They adopted him, too.
ILLINOIS STATE・5 DAYS AGO
RadarOnline

'No Drinking': Jennifer Lopez & Ben Affleck Caught Bickering At Grammys MOMENTS Before They Notice Cameras On Them

Jennifer Lopez and Ben Affleck were caught bickering at the 2023 Grammy Awards moments before they noticed all eyes were on them, RadarOnline.com has learned.In a now-viral clip shared on social media, the Hustlers actress and her husband of nearly seven months appeared to be having a tense exchange while Trevor Noah was hosting the ceremony.Bennifer tied the knot last summer on July 16. After eloping in Sin City, they had a second ceremony at his Georgia estate for friends, family, and loved ones to attend.In the video, JLo can be seen telling her counterpart "no drinking" during the star-studded...
LOS ANGELES, CA・12 HOURS AGO
DoYouRemember?

The 2023 Grammys kicked off on Sunday, February 5, starring musical artists celebrating musical artists. Several very recognizable names saw their work honored, including Ozzy Osbourne, who took whom two awards that night. But viewers found themselves distracted by Madonna‘s face when the “Like a Prayer” singer took the stage for a special introduction.
LOS ANGELES, CA・20 HOURS AGO
Amy Christie

Wife on mother-in-law: "She invited my husband and kids to a family dinner; she told me not to come"

*This article is a work of nonfiction based on actual events recounted to me by a friend who witnessed them firsthand; used with permission. Getting along with your spouse's parents will need plenty of patience and time, and many partners decide to simply avoid them because they can't find a way to have everyone friendly and nice, even though they're a part of the same family.
3 DAYS AGO
Showbiz Cheat Sheet

The guessing game about the identity of Prince Harry's "older woman" lover who he wrote about in 'Spare' is over. But it wasn’t all games for her and her family.
11 HOURS AGO
Margaret Minnicks

RadarOnline.com has learned that Wendy Williams is reportedly “sad and lonely” as she spends all of her time penned up alone in her New York City penthouse. The 58-year-old former talk show host continues to battle a series of alleged health problems and financial hardships.
NEW YORK CITY, NY・2 DAYS AGO
Life and Style Weekly

No need to call the Fashion Police because Melissa Rivers weighed in on the best and worst dressed celebrities at the 2023 Grammy Awards in an exclusive interview with Life & Style.  Music’s biggest night took place at the Crypto.com Arena in Los Angeles on Sunday, February 5, and artists of every genre — from country to pop —...
LOS ANGELES, CA・1 DAY AGO
musictimes.com

Madonna graced the 2023 Grammy Awards stage on Sunday to present another singer's performance. However, she quickly shared a speech to the crowd and those watching from home. The "Material Girl" singer told everybody, "I'm here to give thanks to all the rebels out there, forging a new path and taking the heat for all of it."
19 HOURS AGO