“Competitiveness on my own part, a love for playing the game, hating losing” — Tim Duncan on his greatness and legacy 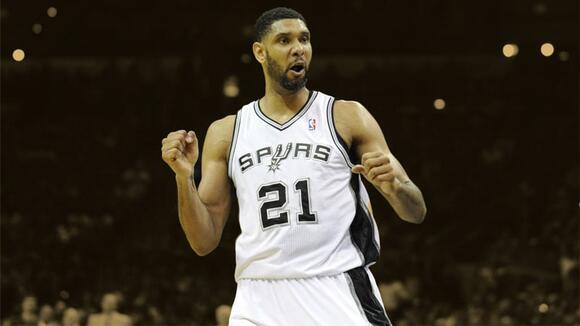 In his own words, Timmy explained why he became one of the greatest of all time.

If we are to rank overlooked NBA greats in tiers, San Antonio Spurs legend Tim Duncan would definitely be somewhere at the top. Many are aware that he’s a five-time NBA champion and literally “simply” one of the greatest players of all time. But contrary to how many remember Timmy, which is often the quiet, boring, and humble All-Star, there was more to his greatness than just being a master of fundamental basketball.

It’s a little bit of everything

Duncan’s wide array of accomplishments as a player speaks for itself. Yet, only a few true hoops fans put him on the same footing as Kareem Abdul-Jabbar, LeBron James, and other celebrated once-in-a-generation players. Timmy’s relatively quiet personality may have played a role in it because, unlike other NBA superstars, “The Big Fundamental” never boasts.

But apparently, Duncan’s greatness and legacy resemble that of the usual candidates in the so-called NBA GOAT debate. We just seldom hear it from the man himself.

“ It’s all a combination of a competitiveness on my own part, a love for playing the game, hating losing and an organization [like the Spurs] committed to putting the best things in place to give a city, a team, a player like myself an opportunity to win year in and year out, ” Duncan told NBA.com of his greatness and legacy.

Why Timmy is different

Delving into how Duncan went down in history, we could say that his remarkable humility may have resulted in his apparent lack of charisma, given the NBA superstar he was. But according to Spurs head coach Greg Popovich , who had witnessed Timmy’s greatness firsthand, that constant humility is what he considers, above all the accolades, “the most important” part of his pupil’s legacy.

“ The most important comment I can make about TD is that I can honestly say, to Mr. and Mrs. Duncan, who have passed, is that man right there is exactly the same person now as he was when he walked in the door, ” Popovich once declared .

Indeed, the NBA is the platform for the best basketball skill sets. It has been housing hoopers who were a cut above the rest. But what Duncan proved to all of us was that on basketball’s biggest stage, you don’t always have to be the flashiest and most athletic player on the court. As long as you have what it takes to win, drizzled with a consistent bank shot game and overwhelming humility, you’ll be good.

For Charles Barkley, Kobe Bryant, and Michael Jordan are cut from the same cloth while LeBron James is nowhere near their ilk
2 DAYS AGO
BasketballNetwork.net

Charles Oakley took a teenage LeBron James to a pickup game that featured Michael Jordan, who told him he couldn't play because he was worried LeBron would get injured
1 DAY AGO
BasketballNetwork.net

For Rick Fox, Kobe needed no front office experience to be great at working there.
LOS ANGELES, CA・15 HOURS AGO
BasketballNetwork.net

"I got a call from Shaq" — Shaquille O'Neal once asked Stephen A. Smith to deliver a heartfelt message for Kobe Bryant

Edwards said he knew his slow start to the season would prevent him from being an All-Star, but he was surprised that De'Aaron Fox was not selected this season
2 DAYS AGO
BasketballNetwork.net

“Hey, let me get you pregnant” - how NBA players slide into celebrities' DMs

“Hey, thank you for leaving me off your Mount Rushmore. I’m glad you did” - That time when Bill Russell clapped back at LeBron James

Celtics legend Bills Russell once reminded LeBron James what made him one of the greatest basketball players when LeBron left him out from his NBA Mount Rushmore
BOSTON, MA・2 DAYS AGO
BasketballNetwork.net

"I made Michael Jordan rich by making it O.K. to be a showman" - World B. Free on his legacy in the NBA

World B. Free isn't bitter about the lack of recognition but he is certain he laid the groundwork for guys like Michael Jordan in the NBA
14 HOURS AGO
BasketballNetwork.net

Former NBA star Robert Horry was escorted out from his sons' high school game after shouting at the referees
CALIFORNIA STATE・2 DAYS AGO
BasketballNetwork.net

"He got right up under my chin and blasted me." - When Jerry West threatened to trade Shaquille O'Neal after slapping Greg Ostertag

Apparently, Hart remembers Szczerbiak's shot at Haliburton from nearly 2 months ago.
INDIANAPOLIS, IN・2 DAYS AGO
BasketballNetwork.net

Hall of Famer explained why both Fox and Brunson deserve to represent their teams during the 2023 All-Star Weekend.
2 DAYS AGO
BasketballNetwork.net

While Chuck didn't heed the sage advice, other players can learn from his "biggest mistake."
2 DAYS AGO
BasketballNetwork.net

Chandler Parsons, who bashed LeBron for protesting on the court against Celtics, says King James is a lock to become the GOAT.
2 DAYS AGO
BasketballNetwork.net

Barkley explained that the biggest travesty in the United States is that not everyone gets the same access to education.
ALABAMA STATE・1 DAY AGO
BasketballNetwork.net

Charles Barkley feels as if like every game today has become a three-point shootout, with no diversity displayed on the floor.
2 DAYS AGO
BasketballNetwork.net

"He called every single foul!” - Kobe Bryant recalled playing 1-on-1 against Magic Johnson

Kobe Bryant talked about his only 1-on-1 game against Magic Johnson during a live TV appearance
10 HOURS AGO
BasketballNetwork.net

"I'd be lying if I said I thought we were going to win,"- Coach K wasn't sure about Christian Laettner making "The Shot" against