NASA’s Artemis I, rich in historic ties, soon to land off the coast of San Diego 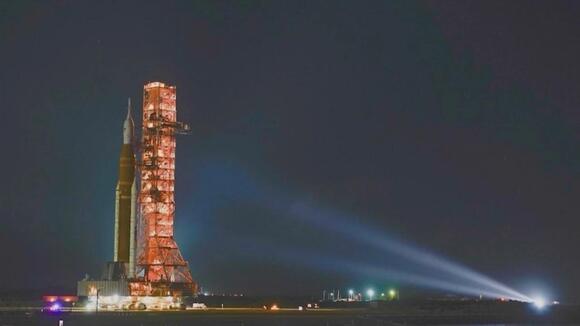 SAN DIEGO — NASA’s Orion spacecraft is set to splash down off the coast of San Diego in less than a week. This, after a close flyby over the moon Monday morning as its Artemis-I mission reaches its final leg.

According to NASA representatives, the spacecraft should land off the coast of San Diego Sunday, Dec. 11 at around 9:50 a.m. It’s a landing with significant ties, not only commemorating 50 years since the historic Apollo 17 landing on the moon, but should also set the stage in sending the first woman and person of color to the moon.

The flight is also testing just how far NASA technology can go, with the hope of traveling to the moon and beyond.

“It’s important we’re going to the moon because we’re proving our technology can get even farther into portions of space like Mars,” Jones explained.

NASA isn’t alone in this mission. It’s been a collaborative effort with San Diego-centric ties, working closely with San Diego-based naval crews as sailors prepare to recover any debris following the landing.

“We also use helicopters from North Island….and we use divers from Coronado. I’m very excited. I’ve been working on this for about six years, this team, the team that I’m leading that NASA team and the Navy team. We’re all very excited to all take this step-in history and play our role in this historic mission,” Jones told FOX 5.

San Diego ranked among ‘Most Sinful’ cities in the US

According to NASA Representatives, there’s a slight chance spectators can catch a glimpse of the landing with a naked eye once the parachutes appear to slow down the capsule. The landing will occur just about 56 nautical miles out to sea.

Meanwhile, San Diegans are set to lock their eyes to the sky. Sunday morning, the San Diego Air and Space Museum will once again congregate onlookers to marvel over the mission’s local ties, significance and role in space history.

“It’s important for us to share the wonder of the exploration of the moon and the education that this is offering the opportunity for the next generation,” said David Neville, the marketing and communications director with the museum.

The watch party will last from around 9 a.m. through 11 a.m. Viewers who arrive at 9 a.m. can get in for free. If you arrive at 10, you will have to pay normal admission. For pricing inquiries, visit their website here .

“The spacecraft was built largely in Southern California. It’s the first time the us has been back to the moon with an uncrewed vehicle, but a vehicle that will eventually have astronauts on it in 50 years,” Neville said

Improvements completed on trail from Golden Hill to Balboa Park

A ribbon cutting ceremony Tuesday marked the completion of a project to restore the pedestrian pathway along 26th Street that connects Golden Hill to the south end of Balboa Park.
SAN DIEGO, CA・1 HOUR AGO
FOX 5 San Diego

SeaWorld San Diego is closed Monday due to a winter storm which is expected to bring cold temperatures and rain to the region, the amusement park announced.
SAN DIEGO, CA・23 HOURS AGO
FOX 5 San Diego

A San Diego business is thinking outside the box in order to save some money from all the increased costs associated with a new minimum wage, new tax and an increased utility bill.
SAN DIEGO, CA・13 HOURS AGO
FOX 5 San Diego

Why San Diego is a unique whale watching destination

In the United States, San Diego is one of the go-to destinations for those looking to spot some whales, alongside cities in Alaska and Northern California.
SAN DIEGO, CA・4 DAYS AGO
FOX 5 San Diego

The winter storm warning in effect for San Diego’s mountain communities brought some residents up to Julian on Monday morning in hopes of seeing snow.
JULIAN, CA・1 DAY AGO
FOX 5 San Diego

The San Diego City Council voted Monday to approve the use of a $2.45 million state grant awarded to the city to help house people living in encampments in the downtown area.
SAN DIEGO, CA・1 HOUR AGO
FOX 5 San Diego

Coldplay is adding a second show to their San Diego stop at Snapdragon Stadium later this year, due to an "overwhelming" demand for tickets following the announcement of the band's return earlier this week.
SAN DIEGO, CA・3 DAYS AGO
FOX 5 San Diego

‘We have to do better’: town hall with SD leaders push for support for AAPI community

The owners of C Street Inn are being ordered to pay $332,000 for not relocating its tenants when it was unsafe to stay there, according to the San Diego city attorney.
SAN DIEGO, CA・2 DAYS AGO
FOX 5 San Diego

A skydiver from GoJump Oceanside plummeted to the ground on Friday after his parachute failed to completely open, said the Oceanside Fire Department.
OCEANSIDE, CA・3 DAYS AGO
FOX 5 San Diego

A skydiver continues to recover after he fell from the sky, hitting a home last week in Oceanside.
OCEANSIDE, CA・16 HOURS AGO
FOX 5 San Diego

A large sinkhole has formed on a street in downtown San Diego, prompting crews to close off the area Friday.
SAN DIEGO, CA・3 DAYS AGO