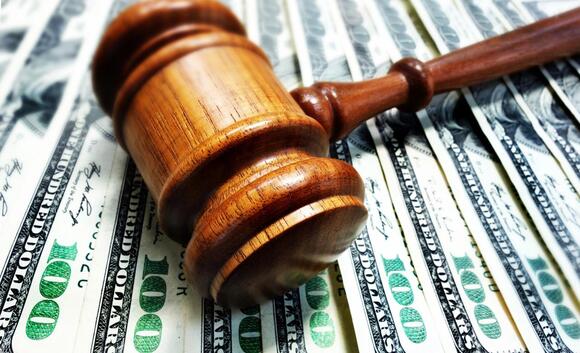 SAN DIEGO — A Chula Vista man was sentenced in federal court Monday to 30 months in prison for his role in an illegal operation of a $5 million money transmission business to evade domestic and foreign laws regarding money transfer and reporting, prosecutors said.

Jose Luis Gonzalez, 50, was found guilty for transmitting more than $5 million through an unregistered money transmission business and claiming more than $19 million in fraudulent tax deductions in connection with the scheme, Kelly Thornton with the Office of the United States Attorney Southern District of California stated in a release. He is also ordered to forfeit $5,052,037.

Court documents revealed that Gonzalez and others accepted, deposited and wire transferred cash throughout the U.S. About 95% of the funds were then transferred to Mexico-based bank accounts.

In 2019 during an Internal Revenue Service Criminal Investigation undercover operation, Gonzalez was recorded talking about how he was taking discrete steps to fraudulently reduce the undercover officer’s taxable income, officials said.

The San Diego County Board of Supervisors is taking up a readiness plan to "ensure the safety and well-being of asylum seekers" who pass through the region once Title 42 is lifted.
SAN DIEGO COUNTY, CA・1 DAY AGO
FOX 5 San Diego

$4.8M+ could go to SD County over tax default properties

At least 448 tax default properties will be up for auction, most of them timeshares, potentially bringing millions of dollars for San Diego County.
SAN DIEGO COUNTY, CA・1 DAY AGO
FOX 5 San Diego

SAN DIEGO (Border Report) — Researchers from the University of California Los Angeles say they have evidence showing some counterfeit medications sold in south-of-the-border pharmacies contain deadly drugs such as fentanyl, methamphetamine and heroin. Between 2021 and 2022, UCLA researchers obtained 45 single pills that were sold without prescriptions at Mexican pharmacies that “cater to […]
SAN DIEGO, CA・3 HOURS AGO
FOX 5 San Diego

A man was arrested last week on suspicion of selling stolen goods through an online marketplace, said the City of Escondido in a news release.
ESCONDIDO, CA・11 HOURS AGO
FOX 5 San Diego

Dilapidated stairs at Windansea Beach are getting a facelift, but it’s not the city putting in the work.
SAN DIEGO, CA・22 HOURS AGO
FOX 5 San Diego

Over a dozen life vests found near panga on Carlsbad beach

A panga was found on a beach in Carlsbad Wednesday morning.
CARLSBAD, CA・8 HOURS AGO
FOX 5 San Diego

The community of Rancho Bernardo is under a citrus quarantine after a citrus tree tested positive for what can be a catastrophic bacterial disease among citrus trees. The disease is called Huanglongbing, or HBL.
SAN DIEGO, CA・3 HOURS AGO
FOX 5 San Diego

2 San Diego bars among top US speakeasies, according to Yelp

Your next favorite bar could be hidden in plain sight!
SAN DIEGO, CA・2 DAYS AGO
FOX 5 San Diego

A local man accused of fatally shooting his wife in his Skyline-area home made a video appearance before a judge this afternoon.
SAN DIEGO, CA・1 HOUR AGO
FOX 5 San Diego

Man who killed SDSU architect on bike sentenced to 13 years

A convicted man will spend more than a decade behind bars for his role in a DUI crash that killed a San Diego State University architect while she was riding her bike to work.
SAN DIEGO, CA・2 DAYS AGO
FOX 5 San Diego

The San Diego Turkish community is reeling from the images coming out of the country following back-to-back 7.8 and 7.5 magnitude earthquakes.
SAN DIEGO, CA・1 DAY AGO
FOX 5 San Diego