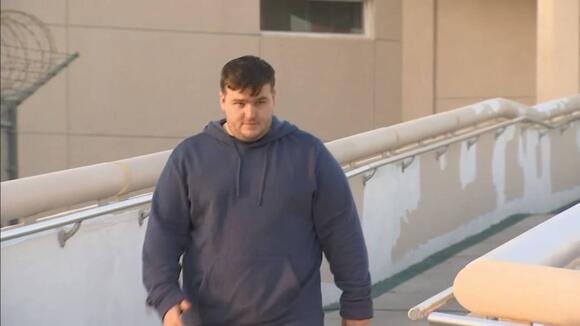 BREVARD COUNTY, Fla. — While the Brevard County deputy who told investigators he accidentally shot and killed his roommate and fellow deputy over the weekend faces a felony and the end of his career, he is not likely to spend a long time in prison, experts predict.

Lawson said he pulled the trigger to make the gun click, then racked the gun, evidently to produce the same result, an affidavit indicated.

However, the gun had a magazine in it, and racking the gun inserted a bullet into the chamber. When Lawson pulled the trigger for a second time, a bullet was discharged, hitting Walsh in the head.

Investigators said they found a second bullet in the chamber of the semiautomatic Glock but did not mention if any more were in the magazine.

The case has puzzled gun advocates and the public alike, as Lawson appeared to ignore the first thing taught to someone learning how to shoot.

“This is the basics of basics, you should always assume a gun is loaded,” attorney James Phillips, founding partner of Katz & Phillips, P.A., a gun-oriented law firm, said. “I’ve never had an actual case where it was an adult — much less a law enforcement officer — playing around with the gun that shot somebody else, but it’s not uncommon for things like this to happen.”

Lawson has been charged with manslaughter, though it was enhanced because of the use of a firearm. Analysts say the maximum sentence he could face is 30 years behind bars, though there is largely agreement that a plea deal will be cut.

“This is going to be just trying to minimize his punishment that he’s going to receive,” Phillips said. “I don’t expect the state attorney’s going to push for any kind of higher charges, or really seek to penalize this guy to the maximum.”

Although some people have questioned Lawson’s intent by pulling the trigger more than once, the analysts say his bigger problem — the one a prosecutor is more likely to hone in on — is his status as a law enforcement officer. Lawson joined the Brevard County Sheriff’s Office as a deputy in April.

“That’s not going to be in his favor,” WFTV legal analyst Bill Sheaffer said. “He’s going to be held to a higher standard than an ordinary citizen would be.”

However, investigators have not said whether alcohol was a factor. If it was, Sheaffer said, it could work in Lawson’s favor to show a lack of intent.

Phillips added that Walsh’s family would also be a deciding factor in his sentencing if Lawson was found guilty.

“Are they on board with him, this being a mistake and have sympathy for him?” he theorized, “Or, are they going to be the extreme opposite and … thrown under the jailhouse?”

Very avoidable mistake ! The problem I have and question is why is racked the gun and pulled the trigger again. Seems kinda weird or almost intentional. Was their alcohol involved ? Breathalyzer done ? 🤔🤔🤔

CASSELBERRY, Fla. — An investigation is underway in Casselberry after police respond to a deadly Saturday morning shooting. Around 5:30 a.m., Casselberry police, with assistance from the Seminole County Sheriff’s Office, responded to a shooting call at the Carrington Park Condominiums on Caper Lane. >>> STREAM CHANNEL 9...
CASSELBERRY, FL・1 DAY AGO
WFTV Channel 9 Orlando

VOLUSIA COUNTY, Fla. — A teenage girl accused of shooting at Volusia County deputies is scheduled to be back in court Friday. Records show Nicole Jackson will try to remove her court-appointed attorney from the case. Prosecutors said Jackson ran away from a children’s home in the summer of...
VOLUSIA COUNTY, FL・3 DAYS AGO
WFTV Channel 9 Orlando

ORLANDO, Fla. — Local law enforcement officers are on the lookout for drivers who do not yield to pedestrians. Operation “Best Foot Forward” will start up again Monday morning. Statistics show that more than 50% of drivers in Orange, Osceola, and Seminole counties fail to yield to...
OSCEOLA COUNTY, FL・2 HOURS AGO
WFTV Channel 9 Orlando

ORANGE COUNTY, Fla. — An alligator that became part of the Gatorland family more than 20 years ago has died, the park recently announced. Chester the alligator died Dec. 7 as a result of an intestinal blockage, Gatorland said. The park estimated he was 60 years old. The massive...
ORANGE COUNTY, FL・17 HOURS AGO
WFTV Channel 9 Orlando

ORLANDO, Fla. — The 80s returned today, and Orlando was one degree away from a record. And meteorologist George Waldenberger said it will be even warmer Monday. He said all week will be in the 80s; as far as records are concerned, Leesburg and Sanford will be close to hitting records for the heat Monday.
ORLANDO, FL・14 HOURS AGO
WFTV Channel 9 Orlando

ORLANDO, Fla. — Central Florida will be warm Monday and for most of this week. The high temperature in Orlando should reach around 85 degrees Monday afternoon. This will be getting close to the record high temperature, which was 88 degrees set back in 1923. Our area will be...
ORLANDO, FL・3 HOURS AGO
WFTV Channel 9 Orlando

ORANGE COUNTY, Fla. — Members of the Service Trades Council unions, which represents 45,000 Disney workers, are encouraging members to reject a new contract offer from the company. At issue is a pay increase for the first year of the contract. >>> STREAM CHANNEL 9 EYEWITNESS NEWS LIVE <<<
ORANGE COUNTY, FL・2 DAYS AGO