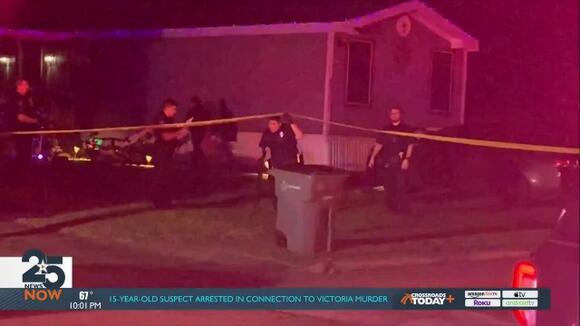 VICTORIA, Texas – A 55-year-old man has died after he was stabbed and a 53-year-old woman and 8-year-old boy were also stabbed Monday night. The woman and boy have been taken to area hospitals.

Victoria Public Information Officer David Brogger said that at 7:20 p.m. Monday, December 5 Victoria Police Officers responded to a residence in the 3000 block of Circle Street in reference to a stabbing. Investigations revealed that there were three victims; one 8-year-old male, and one 53-year-old female, both of them were transported to hospitals, and one 55-year-old male who succumbed to his wounds.

There is one person in custody, a 27-year-old male, who was arrested for the charges of murder and two counts of assault with a deadly weapon. This is an isolated family violence incident.