Thoughts from the first day of the transfer portal window 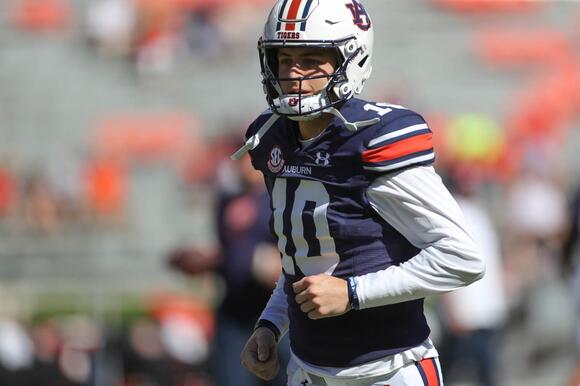 Auburn's in a good spot through day one of the transfer portal window. Here are some thoughts.

If the first day of the transfer portal window was any indication of what college football will look like for the next 45 days, we are all in for a wild ride.

We should have all expected this. We've all seen the new era of college football revolve around the transfer portal and NIL and this year, the NCAA has limited when players can enter the portal. On December 5th, the first day that most players were able to put their name out there to be recruited and scouted by other programs, reports are saying over 1,000 college football players have entered the portal.

It was a busy day. I have a few thoughts on it.

Go get your quarterback

Both from an Auburn perspective or any team looking to make a step forward in developing your roster for the 2023 season, there are plenty of quarterbacks ready to help lead an offense.

Auburn Daily is keeping a running tally of the top signal callers to keep an eye on but it barely scratches the surface of players that can make an impact. There are reports of over 60 quarterbacks that are looking for a new team. Go get your guy. Odds are, he's out there.

A lot of these athletes that enter the portal, don't ever find a home. There are different reasons for players to leave. Some may get processed and asked to leave, some may think they deserve more playing time and could get it elsewhere, and some may think that if they are on the open market, they can receive more NIL money from another spot.

The headlines on Twitter that will follow the top players are fun and exciting. But a lot of these kids are going to have a tough time continuing their dream of playing college football after this month.

Over the last few years, only around 50% of players that enter the portal actually transfer. There are more players in the portal than there are spaces on rosters.

Auburn had a good day

Looking around the landscape of the transfer portal and college football, a lot of teams lost talent at the top of the roster and expected starters. There are 44 more days to go, but Auburn went through the most active few hours without losing a starter.

In fact, some of the guys on the way out are in position groups where it could allow this coaching staff to reload and pitch to new players that have an upside on impacting the roster.

Zach Calzada's departure makes it an easier sell to get another quarterback to come to Auburn and compete with Robby Ashford for the starting job. With the Auburn receiver room being without Dazalin Worsham and Ze'Vian Capers , it allows Hugh Freeze and this coaching staff to have the flexibility to add more receivers that could fit this new offense. The same could be said for EDGE/linebacker Joko Willis. Perhaps it opens up a roster spot where Auburn could fill it with more versatile defenders.

Engage with Auburn Daily on Socials!

Once Again, It's A New Day
AUBURN, AL・2 HOURS AGO
Auburn Daily

Why did Charles Barkley choose to go to Auburn? Because 'they sucked'

Barkley shared why he chose the Tigers over other schools during Auburn's matchup vs West Virginia.
AUBURN, AL・19 HOURS AGO
Auburn Daily

The Tigers move to 16-5 on the season after falling to the Mountaineers on the road.
AUBURN, AL・20 HOURS AGO
Auburn Daily

The Tigers' offense struggled to move the ball last season. That should change in 2023.
AUBURN, AL・1 DAY AGO
Auburn Daily

10 Auburn visitors we're most excited about this weekend

There will be some big names on the Plains for Junior Day.
AUBURN, AL・1 DAY AGO
Auburn Daily

Seaborn threw five touchdowns in the 2022 AHSAA 7A state title game as an eight grader this past season.
AUBURN, AL・2 DAYS AGO
Auburn Daily

Auburn cornerback commit earns his fourth star via On3