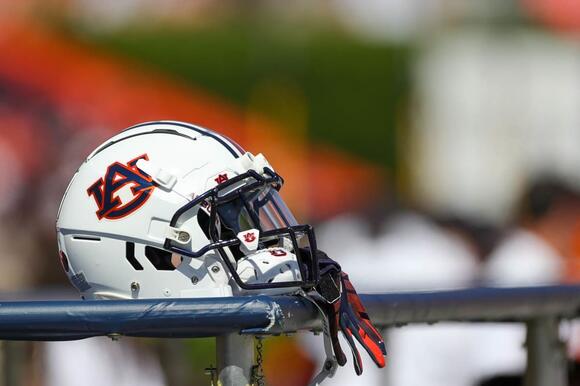 The Georgia running back receives an Auburn offer.

The Hugh Freeze administration is hot on the recruiting trail and looks to add more.

Jamarion Wilcox, out of Douglasville, Georgia, has received his 15th Power Five offer from the Tigers.

Wilcox plays for the South Paulding Spartans and has had a massive senior season.

Wilcox has done a bit of everything for the Spartans, he has 2,059 yards rushing with 29 rushing touchdowns. He has also been a good receiver, catching 18 passes for 287 yards and a touchdown.

Jamarion wrestles and has been competitive in that as well.

If he were to join Auburn's 2023 class, Wilcox would join Jeremiah Cobb, the Montgomery Catholic 4-star running back who has been committed to Auburn since July.

Engage with Auburn Daily on Socials!

The Tigers Had Few Bright Spots to Point to in Their First Road Trip of the Spring.
AUBURN, AL・14 HOURS AGO
Auburn Daily

WATCH: Horrendous no-call at the buzzer gives No. 25 Auburn loss at No. 2 Tennessee

Wendell Green was fouled at the end of the game vs the Volunteers, but the officiating crew did not make a call.
AUBURN, AL・16 HOURS AGO
Auburn Daily

GameDay is headed back to The Plains!
AUBURN, AL・21 HOURS AGO
Auburn Daily

Jake Thornton is excited about the task he has at Auburn

The Tigers have landed their first 2025 commit.
AUBURN, AL・2 DAYS AGO
Auburn Daily

Hall is getting recognition for is performance during Senior Bowl practices this week.
AUBURN, AL・1 DAY AGO
Auburn Daily

Will Hugh Freeze call plays this season for Auburn? 'I'm going to call a share of them'

Hugh Freeze informed the media on what his plans are for offensive play-calling in his first season at Auburn.
AUBURN, AL・2 DAYS AGO