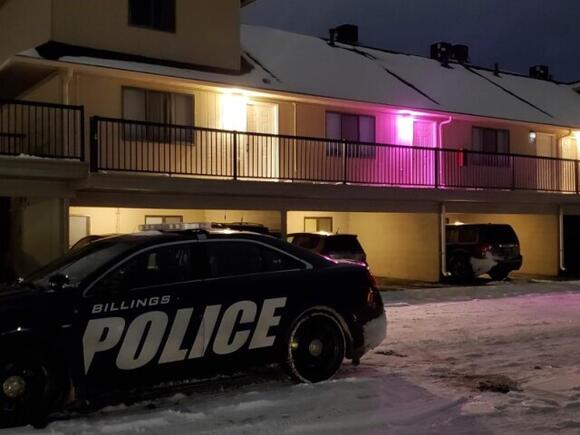 BILLINGS - A Billings police spokesman said late Tuesday morning that investigators are treating the man's death as a homicide.

Lt. Matthew Lennick also said on Twitter that investigators remained at the scene Tuesday morning, but did not release any further information.

Detectives were on the scene investigating. No suspect information was released.

Details are thin, but Yellowstone County Sheriff Mike Linder confirmed at 7:30 p.m. that at least one person had been shot.
BILLINGS, MT・1 HOUR AGO
Q2 News

The crash on North 27th Street happened shortly before 10 a.m. when a car crashed into the Billings Gazette building.
BILLINGS, MT・3 DAYS AGO
Q2 News

On July 15, a massive dust storm swept across I-90 near Hardin, causing blackout conditions and a 21-vehicle pile-up, which killed six people, including two children.
HARDIN, MT・5 DAYS AGO
Q2 News

After undergoing two surgeries in 367 days to remove brain tumors, a Laurel firefighter is now paying it forward by raising money for other brain cancer patients.
LAUREL, MT・2 HOURS AGO
Q2 News

Gene John Klamert, 70, pleaded guilty to mail fraud. He faces a maximum of 20 years in prison, a $250,000 fine and three years of supervised release.
BILLINGS, MT・4 DAYS AGO
Q2 News

"I’m out of business, I don’t have any place to finish my furniture, display it, to have people come pick it up, nothing. I’m done until they get me a building to work out of."
BELFRY, MT・5 DAYS AGO
Q2 News

The bridge was struck on Jan. 15--but this isn't the first time it was hit. And residents don't think it will be the last.
LAVINA, MT・3 DAYS AGO
Q2 News

Gusty winds stick around for now, especially closer to the mountains. But temperatures are already showing signs of warming.
BILLINGS, MT・50 MINUTES AGO
Q2 News

The Petroleum Club charged, and continues to charge, a monthly fee for members to be able to dine at the restaurant.
BILLINGS, MT・4 DAYS AGO
Q2 News

The Continuum of Care has a Point-In-Time survey to determine how many people are experiencing homelessness.
BILLINGS, MT・3 DAYS AGO
Q2 News

Q2 Billings Area Weather: Dangerously cold this morning but warming up this week

It will be brutally cold this morning, but slowly getting warmer. We'll get back above the freezing mark by mid-week with a dry week on the way.
BILLINGS, MT・15 HOURS AGO
Q2 News