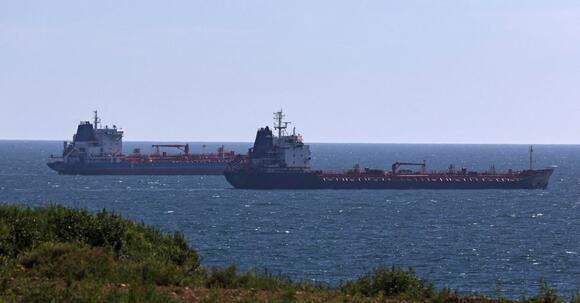 NEW YORK, Dec 6 (Reuters) - U.S. oil prices fell in frenzied trading on Tuesday to their lowest settlement levels this year, with Brent finishing below $80 per barrel for the second time in 2022, as investors fled the volatile market in an uncertain economy.

Prices have dropped by more than 1% for three straight sessions, giving up most of their gains for the year. A string of bearish news has unnerved investors despite an ongoing war in Ukraine and one of the worst energy crises in recent decades.

"It's been quite the three days - with OPEC+ deciding not to further cut production on Sunday, the toothless start of the Russian price cap and sanctions yesterday, and a rout in equity markets today, oil speculators are charging for the exits amid a flight from risk assets," said Matt Smith, lead oil analyst at Kpler.

Service-sector activity in China has hit a six-month low, and European economies have slowed due to the high cost of energy and rising interest rates.

Wall Street benchmarks also tumbled on Tuesday on uncertainty around the direction of Federal Reserve rate hikes and further talk of a looming recession.

Tuesday's slump was the largest daily decline in Brent prices since late September, which have traded in a $62 range this year - their widest swing in a single year since the 2008 financial meltdown.

"We could be looking at $60-a-barrel WTI the way that things are going," Eli Tesfaye, senior market strategist at RJO Futures said. "I think $80s are going to be the new high, and I would be very surprised to see any higher than that."

The oil market has also largely overlooked threats to supply, such as the one from a G7 price cap of $60 on Russian seaborne crude oil exports, which is likely to make the country cut its oil output.

Russia has said it will not sell oil to anyone who signs up to the price cap. Russia's January-November oil and gas condensate production rose 2.2% from a year ago, according to Deputy Prime Minister Alexander Novak, who expects a slight output decline following the latest sanctions.

In China, more cities are easing COVID-19-related curbs, prompting expectations of increased demand in the world's top oil importer, although that has not been enough to stop the bleed in oil futures.

"Oil markets will likely stay volatile in the near term, driven by COVID headlines in China and central bank policies in the U.S. and Europe," UBS analyst Giovanni Staunovo said.

Republicans haven't even taken office yet and the price is coming down. But watch them try to take credit for it. Also this is happening after the election, so it would not be particularly reasonable to believe it is happening for election influence.

SHANGHAI, Jan 31 (Reuters) - China's semiconductor industry has become a key target of the United States, which has imposed a slew of export restrictions targeting several parts of the country's chip sector supply chain as it bids to slow its rival's technological advancement.
WASHINGTON STATE・20 HOURS AGO
Reuters

MOSCOW, Jan 31 (Reuters) - Western oil tankers ramped up their shipments of Russian crude in January as prices for Moscow's flagship Urals grade held below an international price cap, according to market sources and Eikon data.
1 HOUR AGO
Reuters

WASHINGTON, Jan 31 (Reuters) - An American official on Tuesday made the most direct comments by a U.S. authority to date acknowledging the existence of a deal with Japan and the Netherlands for those countries to impose new restrictions on exports of chipmaking tools to China.
WASHINGTON STATE・1 HOUR AGO
Reuters

MELBOURNE, Feb 1 (Reuters) - Oil prices climbed on Wednesday underpinned by a weaker dollar, which fell on signs of slowing inflation in the United States, easing fears that the world's largest oil user may face a recession because of further interest rate hikes.
1 HOUR AGO
Eden Reports

In a recent speech, President Joe Biden stated that he had added more to the national debt of the United States than any other president in history, saying, "No President added more to the debt in 4 years than my President… I misspoke - 25% of our country’s entire debt."
2 DAYS AGO
Business Insider

This help line is a growing effort to give Ukraine vital advice on repairs and maintenance as it pushes weapons to their limits.
WASHINGTON STATE・1 DAY AGO
Reuters

KYIV, Jan 31 (Reuters) - Ukraine said on Tuesday its forces had repelled Russian attacks on a road near the eastern town of Bakhmut, preventing Moscow gaining control of an important Ukrainian supply line.
13 HOURS AGO
Reuters

LONDON, Jan 30 (Reuters) - Russia told the United States on Monday that the last remaining pillar of bilateral nuclear arms control could expire in 2026 without a replacement due to what it said were U.S. efforts to inflict "strategic defeat" on Moscow in Ukraine.
WASHINGTON STATE・1 DAY AGO
Reuters

SEATTLE/PARIS, Jan 29 (Reuters) - Boeing's (BA.N) 747, the original and arguably most aesthetic "Jumbo Jet", revolutionized air travel only to see its more than five-decade reign as "Queen of the Skies" ended by more efficient twinjet planes.
2 DAYS AGO
Reuters

BEIJING, Jan 30 (Reuters) - The Chinese foreign ministry said on Monday it was in touch with Prague over President-elect Petr Pavel's scheduled call with Taiwan's President Tsai Ing-Wen.
1 DAY AGO
Reuters

Jan 30 (Reuters) - Russia on Monday condemned Sunday's drone strike on a military factory in Iran and warned against what it called "provocative" actions that could trigger an escalation in an already tense situation.
1 DAY AGO
Reuters

BEIJING, Jan 31 (Reuters) - China is seriously concerned about a report that the United States has stopped approving licences for U.S. companies to export items to tech giant Huawei, a foreign ministry spokesperson said on Tuesday.
19 HOURS AGO
Reuters

BOSTON, Jan 30 (Reuters) - A wealthy Russian businessman with ties to the Kremlin made tens of millions of dollars trading on secret financial information obtained by hackers about multiple companies before it was public, a U.S. prosecutor said Monday at the start of his trial.
1 DAY AGO
CBS News

Bakhmut, eastern Ukraine — The city of Bakhmut was home to around 70,000 people before it found itself on the front line of Russian President Vladimir Putin's unprovoked war to seize Ukrainian territory. Almost 12 months of war have left Bakhmut barely recognizable.          Once renowned for sparkling wine, the small city has been reduced to a hollowed-out shell of its former self. But Bakhmut, and the Ukrainian forces defending it, have hung on. "Bakhmut holds" has even become a battle cry for the nation as it fights back against the Russian invaders. But it's only just holding...
15 HOURS AGO
Reuters

SINGAPORE, Feb 1 (Reuters) - The dollar was broadly flat against major currencies on Wednesday after easing in the previous session following U.S. data that showed moderating wage pressure, with investors keenly awaiting the conclusion of a Federal Reserve policy meeting.
1 HOUR AGO
Reuters

SARARO, Iraq, Jan 31 (Reuters) - Looming over the deserted village of Sararo in northern Iraq, three Turkish military outposts break the skyline, part of an incursion that forced the residents to flee last year after days of shelling.
20 HOURS AGO
Reuters

U.S. issues another warning of possible terrorist attacks in Turkey

ISTANBUL, Jan 30 (Reuters) - The U.S. embassy in Turkey warned Americans on Monday of possible attacks against churches, synagogues, and diplomatic missions in Istanbul, marking its second such notice in four days, following Koran-burning incidents in Europe.
1 DAY AGO