Actress Kirstie Alley dies after battle with cancer, was receiving treatment in Tampa 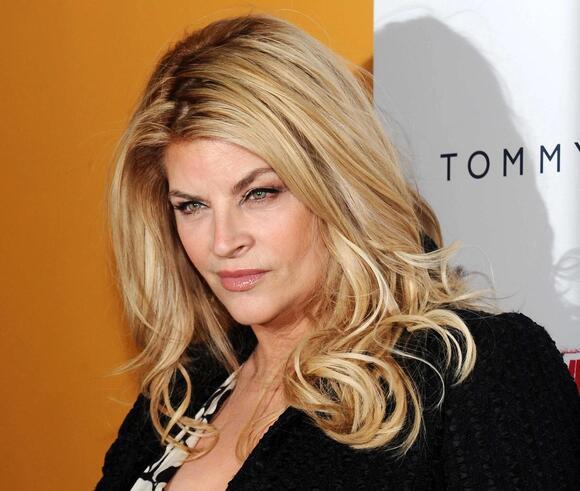 TAMPA, Fla. (WFLA) — Actress Kirstie Alley has died after a battle with cancer, her family announced Monday evening. She was 71.

Alley’s children, True and Lillie Parker, said she was recently diagnosed with cancer.

“She was surrounded by her closest family and fought with great strength, leaving us with a certainty of her never-ending joy of living and whatever adventures lie ahead. As iconic as she was on screen, she was an even more amazing mother and grandmother,” the family said in a statement.

Her family said she was receiving treatment at Moffitt Cancer Center in Tampa.

Alley is known for several roles, including starring as Rebecca Howe in the NBC sitcom Cheers from 1987 to 1993. She received an Emmy Award and Golden Globe in 1991 for the role.

She also starred in Veronica’s Closet and Drop Dead Gorgeous.

“Our mother’s zest and passion for life, her children, grandchildren and her many animals, not to mention her eternal joy of creating, were unparalleled and leave us inspired to live life to the fullest just as she did,” Alley’s family said.

She was a great actress and I loved her cheerful attitude. She will be missed in the movie industry 😢!!. My prayers and condolences go out to her family and friends 🙏.

Lord to a beautiful soul home tonight in his arms , our condolences go out to her family that beast she fought with all her strength she never be forgotten and that beautiful smile she left us to remember her by . Rest In Peace prayers go out to the family for strength and comfort and peace from Kevin

So sorry to hear about her passing, but I am very glad to read nothing but kind and compassion posts.

Investigators with the Hillsborough County Sheriff's Office are investigating a deadly shooting at an apartment complex in New Tampa.
TAMPA, FL・1 HOUR AGO
WFLA

Often, we hear people complain about what garbage collectors don’t pick up. But for Barry and Susie Cort, it’s what they did pick up—by mistake— that has them furious.
DADE CITY, FL・14 HOURS AGO
WFLA

The Tampa Police Department has placed one of its officers on leave after he was arrested during a domestic dispute, according to a release.
TAMPA, FL・21 HOURS AGO
WFLA

Lorenzo objects to the state's version of events, but is still asking for the death sentence.
TAMPA, FL・14 HOURS AGO
WFLA

A 30-year-old Tampa man was struck and killed Sunday evening in what authorities described as a hit and run along CR-587 in Hernando County.
TAMPA, FL・21 HOURS AGO
WFLA

The Hillsborough County Sheriff's Office is investigating after a person was found shot to death at an apartment complex overnight.
TAMPA, FL・2 HOURS AGO
WFLA

Hernando County deputies are searching for a missing teenager who disappeared last week while on the way to his school bus.
BROOKSVILLE, FL・18 HOURS AGO
WFLA

A man has died after he was struck by oncoming cars while attempting to cross the road on Monday night.
BRADENTON, FL・1 HOUR AGO
WFLA

New Chick-fil-A to open in Polk County this week

A new Chick-fil-A is set to open in Bartow this week.
BARTOW, FL・15 HOURS AGO
WFLA

A person was shot during an apparent carjacking near Tampa on Saturday.
TAMPA, FL・2 DAYS AGO
WFLA

A 38-year-old Hialeah man was arrested for his alleged connection to a deadly shootout with a Florida Highway Patrol trooper early Saturday morning.
HIALEAH, FL・17 HOURS AGO
WFLA

Hillsborough County deputies said they are searching for a shooter who killed one person and injured another before stealing their vehicle Saturday night.
HILLSBOROUGH COUNTY, FL・2 DAYS AGO
WFLA

The impact of the earthquake is being felt in Tampa among the large Turkish population.
TAMPA, FL・16 HOURS AGO
WFLA

Polk County's newest elementary school needs a new name, and the district is asking for the public's help in choosing one.
WINTER HAVEN, FL・18 HOURS AGO
WFLA

An 18-year-old woman has made history by winning $48 million after buying a lottery ticket for the first time.
TAMPA, FL・1 DAY AGO
WFLA

"Everybody got hurt," Hanna recalled. "My customers got scared."
HILLSBOROUGH COUNTY, FL・17 HOURS AGO
WFLA

TAMPA, Fla. (WFLA) — Confessed killer Steven Lorenzo requested to be sentenced to death during a court hearing Monday. The hearing marked the start of the penalty phase of the case against the notorious murder suspect. Lorenzo is asking for the death penalty after pleading guilty to murdering and torturing two gay men in Seminole […]
TAMPA, FL・23 HOURS AGO