TPD: Pedestrian dies after being hit by truck near Irvington Road 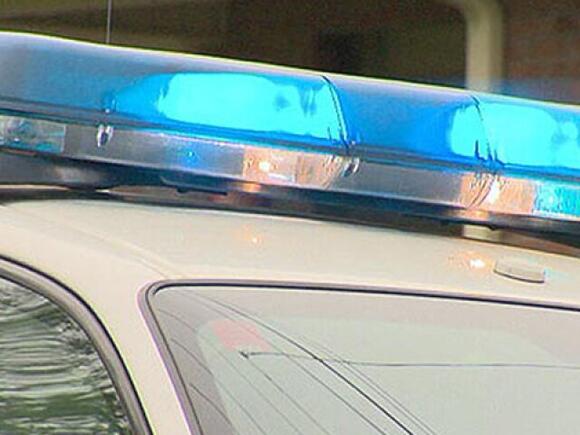 The incident occurred on Dec. 4 around 8 p.m. at the intersection of East Irvington Road and South Calle Pamplona.

The woman pedestrian was pronounced dead on the scene. Her identity is being withheld pending next of kin notification.

According to TPD, the pedestrian was attempting to cross East Irvington Road in an unknown direction.

She was not in a marked or unmarked crosswalk, was wearing dark clothing, and there were no street lights in the immediate area.

In addition, the roadway surface was wet and the fog limited visibility in the area.

As she was attempting to cross the street, she was struck by the Dodge Ram that was traveling westbound in the curb lane.

The driver of the Dodge Ram immediately stopped and cooperated with the investigation.

The driver was not impaired.

Mid-block crossing by the pedestrian is the major contributing factor to the collision.

The pedestrian was in possession of alcohol, although it is unknown whether she was under the influence of it or other substances. This information will be found in the patient's medical records.

——-
Bivian Contreras is a real-time editor for KGUN 9 . Bivian graduated from the University of Arizona School of Journalism with a Bachelor's degree in Journalism with an emphasis in Broadcast and is currently pursuing a degree in Broadcast Operational Meteorology. Share your story ideas and important issues with Bivian by emailing bivian.contreras@kgun9.com or by connecting on Facebook , Instagram , and Twitter .

Neighbors who live along Mary Ann Clevelend way are asking for change after a teen girl was hit and killed by a car.
TUCSON, AZ・1 DAY AGO
KGUN 9 Tucson News

The Tucson Police Department has confirmed that 27-year-old Anahy P. Soto has died after losing control of her car.
TUCSON, AZ・5 DAYS AGO
KGUN 9 Tucson News

The sisters of a 27-year-old woman who died due to injuries from a crash on January 14th are asking for drivers to be more cautious on the road.
TUCSON, AZ・4 DAYS AGO
KGUN 9 Tucson News

Josue Lopez Quintana, the man who provided a key component to a gun used in a Tucson shooting last year has been sentenced to three years probation, following his guilty plea.
TUCSON, AZ・8 HOURS AGO
KGUN 9 Tucson News

Tucson Police Department says missing15-year-old Cheyanne Garcia has been found safe. Police had been looking for her since Saturday.
TUCSON, AZ・4 DAYS AGO
KGUN 9 Tucson News

On Jan. 28 the Pima County Sheriff’s Department responded to reports of gunshots behind a Walmart. Deputies were working off duty at the Walmart located in the 400 block of
PIMA COUNTY, AZ・4 DAYS AGO
KGUN 9 Tucson News

Haybales catch on fire aboard truck

The Tucson Fire Department came to the rescue when haybales broke out in flames while a truck was carrying them.
TUCSON, AZ・4 DAYS AGO
KGUN 9 Tucson News

Shooting behind Walmart on Wetmore sends man to hospital

Tucson Police are investigating a shooting behind the Walmart on E. Wetmore Road that left a man with "life-threatening injuries."
TUCSON, AZ・6 DAYS AGO
KGUN 9 Tucson News

Mother grieves after daughter's body was found in suitcase

A mother spoke out after Tucson police found the body of 21-year-old Alexis Ochotorena stuffed in a suitcase on Benson Highway.
TUCSON, AZ・3 DAYS AGO
KGUN 9 Tucson News

USBP arrest smuggler at the Hwy 191

On Tuesday, January 24, 2023, agents with the U.S. Border Patrol arrested a U.S. citizen for smuggling 4 migrants.
TUCSON, AZ・5 DAYS AGO