What Christmas movie are Californians searching for? 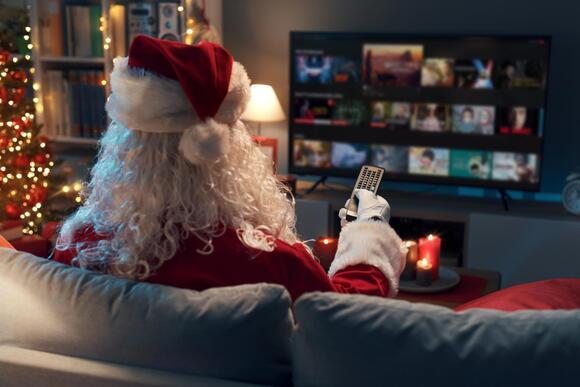 FRESNO, Calif. ( KSEE/KGPE ) – December ’tis the season to enjoy Christmas classic films with the family. The 90s arguably offered a huge variety of movies that can fill your home with holiday cheer. With so many, we wondered what Christmas films people were looking for, especially here in California.

Thanks to a study done by CenturyLink , we have a better idea of what could be California’s favorite 90s Christmas film based on searches. The winner here on the west coast is The Nightmare Before Christmas . This film also took first on other western and southwestern states like Nevada, Arizona, New Mexico, and Texas.

Out of all the 90s Christmas films on their list, The Nightmare Before Christmas is the most critically acclaimed. As well as the film with the most reach as it can traverse from the spooky season to the holiday season without missing a beat.

The highest-ranking film across all 50 s tates is The Santa Clause , which currently is also benefiting from a sequel Disney+ series. Second on the list is a sequel, Home Alone 2: Lost in New York . Finally at third is my personal favorite 90s Christmas film, Jingle All the Way .

For their method of gathering data, they took a list of 60 Christmas films from the 90s. Then they used Semrush to determine which 15 films had the most overall search volume. Then they took those 15 titles into Google Trends and ranked them by state search volume in the last 12 months. This is the second year they do the study.

While one of these films may be your all-time Christmas favorite, more than likely your watching all of them as part of your Christmas tradition.

This long stretch of California is no longer in a drought

An 8-year-old boy lost his companion dog in New Mexico as his family was driving cross-country to move to Indiana from California.
INDIANA STATE・16 HOURS AGO
YourCentralValley.com

California one of the worst U.S. states to drive in, report says

Traffic, road conditions and the cost of vehicle maintenance are all things that can make drivers grip the steering wheel a bit tighter. These conditions vary across states for a variety of reasons including population, weather and government investments.
CALIFORNIA STATE・3 DAYS AGO
YourCentralValley.com

SACRAMENTO, Calif. (KSEE/KGPE) – The state Department of Water Resources (DWR) announced Thursday that the recent storms have permitted the State Water Project to boost deliveries to 30% of the requested water supply – a 25% increase from what was announced at the end of 2022. Back on December 1, the Department of Water Resources […]
CALIFORNIA STATE・2 DAYS AGO
YourCentralValley.com

CORCORAN, Calif. (KSEE/KGPE) – One of the longest-serving condemned people in California has died, officials with the California Department of Corrections and Rehabilitation (CDCR) announced on Friday. State officials say Malcolm Robbins died on Jan. 27, 2023, while incarcerated at California State Prison, Corcoran. According to authorities Robbins was found unresponsive in his cell and […]
CORCORAN, CA・1 DAY AGO
YourCentralValley.com

Some early relief could be on the way for Californians who are struggling to afford exorbitantly high natural gas bills this winter. The California Public Utilities Commission is considering distributing California Climate Credits before April, when natural gas credits are typically issued, CPUC President Alice Reynolds recently said. Those payments come from a state program […]
CALIFORNIA STATE・2 DAYS AGO
YourCentralValley.com

Do you need to report your inflation relief check when filing taxes?

If you received a little extra money in the form of a California inflation relief payment, does that count as income on your taxes? Yes and no.
CALIFORNIA STATE・2 DAYS AGO
YourCentralValley.com

Who is running for Dianne Feinstein’s U.S. Senate seat and who might join the race?

(KTXL) — U.S. Senator Dianne Feinstein hasn’t yet announced if she will run for another term but some fellow California democrats have already declared they will campaign for her seat and there are other members of Congress that are expected to join the race. Feinstein has represented California in the U.S. Senate since 1992 and […]
CALIFORNIA STATE・1 DAY AGO